A career criminal who terrorised the half naked wife of Sir Philip Green’s stepson as he snatched £2m worth of jewellery from her mansion is facing years behind bars.

Robert Lewis, 41, allegedly broke into the £18 million home, by Lord’s cricket ground, and threatened Magda Palos, 37, as she was getting out of the shower wrapped in just a towel.

Lewis brandished a pair of 12-inch wire cutters to make her hand over the watches and other valuables after forcing his way in through a window on December 10, 2016.

The robber had been led into the woman’s bedroom and ensuite bathroom by her six-year-old daughter and was holding the wire cutters above her head as he entered.

Mrs Palos said: ‘She was at the entrance of the bathroom, I had a towel on but no other clothing.

‘Someone else, about a metre apart, was directly behind my daughter.

‘I grabbed hold of her and tried to put her into my bathroom, away from him.’ 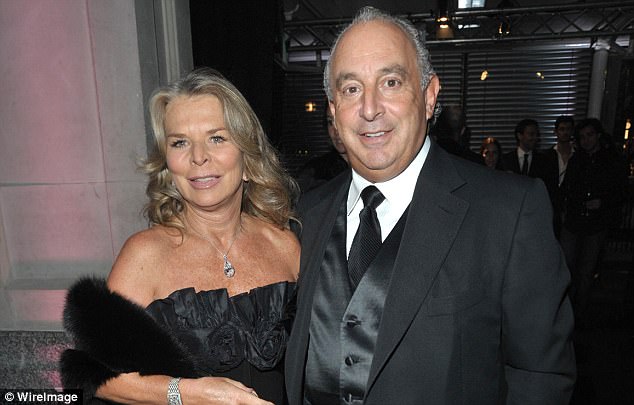 She then walked out of the bathroom, leaving her daughter there and began to grab valuables from cupboards and drawers to hand to Lewis.

Lewis told her: ‘I’m not going to hurt you I just want your jewellery and cash. I just want everything.’

Mrs Palos replied: ‘I don’t know what you’re talking about.’

Indicating the little girl Lewis then said: ‘I am not going to hurt you or her – give me what you are wearing.’

Before he left, Lewis instructed her not to raise the alarm for ten minutes and left the mobile downstairs.

Lewis, who has 14 convictions for burglary or attempted burglary dating back to 1999, refused to give evidence during the trial but denied he was the intruder.

A jury of seven women and five men took two hours to unanimously convict Lewis of burglary and robbery. They cleared him of aggravated burglary.

Lewis also awaits sentence for dangerous driving and firearm offences after he aimed ‘what appeared to be a MAC-10 machine gun’ at two police officers who were trying to arrest him.

He was first convicted of burglary in 1999 after prising a window open with a tool.

The second and third offences involved him gaining entry through a sash window. 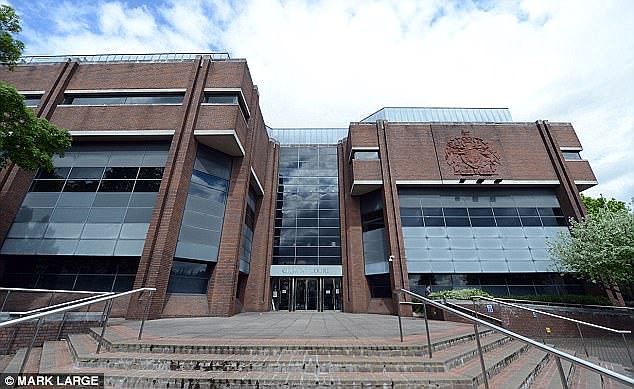 Lewis brandished a pair of 12-inch wire cutters to make her hand over the watches and other valuables after forcing his way in through a window on December 10, 2016 (Harrow Crown Court)

The fourth offence saw him gain entry through a window after spotting a gold ornament on a mantelpiece and taking a leather satchel.

His criminal history shows a clear modus operandi of burgling luxury homes while occupants are asleep.

Lewis was arrested for the Palos burglary in Shepherd’s Bush, on January 13, 2017.

Telephone evidence showed he was using his mobile in the St John’s Wood area shortly after the burglary at 7.39am.

Lewis was later identified by Mrs Palos in an identification parade and traces of his DNA were found at the scene.

He is a property developer and also sits on the board of Sir Philip’s Arcadia Group which owns brands including Top Shop, Miss Selfridge and Dorothy Perkins.

Lewis, of no fixed address, is likely to be sentenced at Harrow Crown Court Wednesday.