This is the dramatic moment a burning car started rolling towards streams of London traffic.

The vehicle burst into flames just before a set of traffic lights in Walthamstow yesterday afternoon.

Fortunately, the driver and passenger of the convertible Ford Ka managed to escape as passers-by looked on in shock.

But as the flames died down slightly, the smoking vehicle suddenly started rolling forwards towards the crossroads.

The car burst into flames just shy of a junction in Walthamstow, north-east London, yesterday 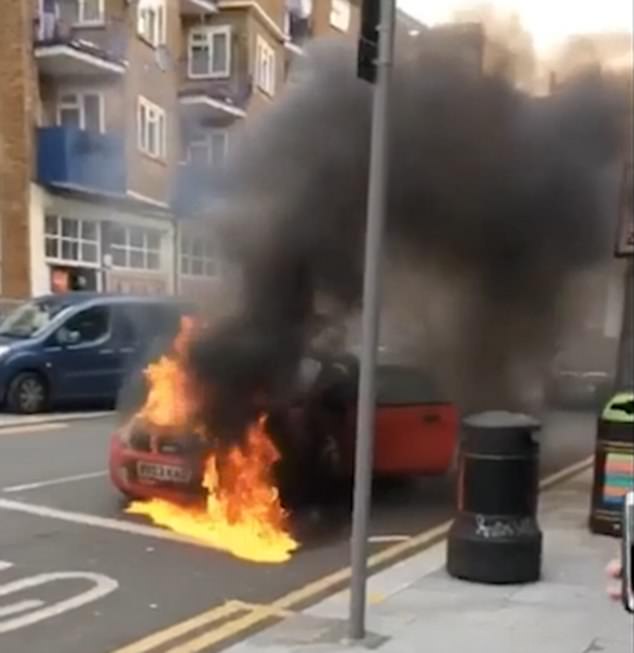 In a video posted on Facebook a man is seen desperately trying to stop the car from running the red light by blocking its path with a road sign.

But despite his efforts, the car carries on of its own accord.

Ebru Ozz, who posted the video, commented: ‘Just a normal day in east London, Walthamstow. Fyi the driver is safe & nobody was hurt.’ 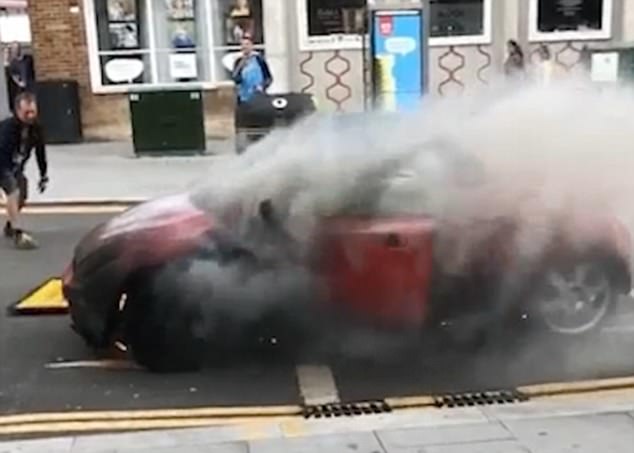 But when the flames died down slightly, the car started rolling towards the crossroads 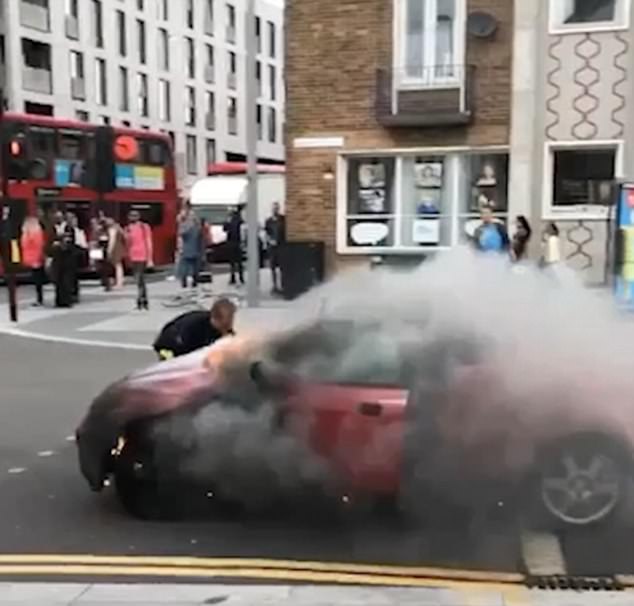 A man was captured on video trying to stop the car with a road sign, but it carried on going

A London Fire Brigade spokesman confirmed no one was severely injured as a result of the incident, which took place in Walthamstow just after 4.30pm.

They said: ‘We were called just after 4.30pm to a car alight in Hoe Street, Walthamstow, at the junction with Church Hill.

‘Two people left the car before we arrived.

‘One hundred per cent of the car’s engine compartment was destroyed by the fire.’

A London Ambulance Service spokesman said: ‘We were called yesterday at 4.31pm to Church Hill, E17 to reports of a car on fire.

‘We sent an ambulance crew, a single responder in a car and an incident response officer to the scene.

‘We treated a woman at the scene for smoke inhalation, but she wasn’t taken to hospital.’