Matt Lowton reveals how he hurt his ankle as a seven-year-old fan celebrating Sean Dyche penalty for Chesterfield in classic 1997 FA Cup semi-final… and the Burnley defender has forgiven his manager for the pain!

Burnley defender Matt Lowton has forgiven manager Sean Dyche for inadvertently causing him an injury as a seven-year-old fan at an FA Cup semi-final.

Lowton supported hometown heroes Chesterfield when Dyche captained them in a famous cup run in 1997 which took them to Old Trafford to face Bryan Robson’s Middlesbrough.

Dyche scored a penalty in a thrilling 3-3 draw but it ended up leaving one of his biggest fans in some discomfort. 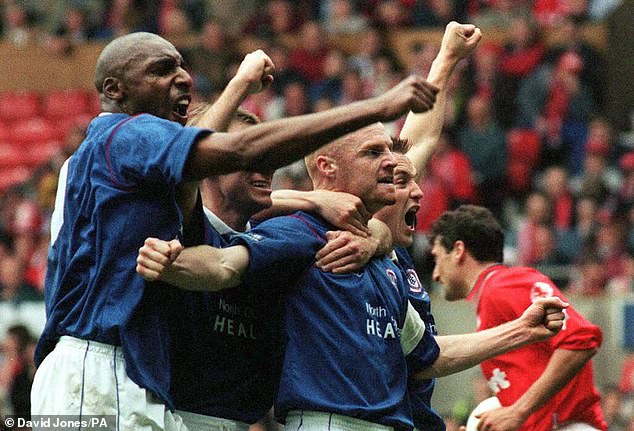 Chesterfield skipper Dyche celebrates his goal during the epic 1997 FA Cup semi-final at Old Trafford, which ended in a 3-3 draw

‘There was a pandemonium in the crowd when the ball went in. I was stood on a chair because I was only small and couldn’t see,’ recalled Lowton.

‘The chair flipped back and folded. I had my foot stuck and someone pushed me forward, hurting my ankle. I don’t think my dad even realised to be honest, because he had run ran down the aisle celebrating.

‘It’s strange how it worked out. My dad would take me to watch Chesterfield every week when the gaffer (Dyche) was in the team.

‘Burnley has been the biggest and best part of my career. I have learned so much from him, on and off the pitch. He’s great to work with and I cannot imagine working with anyone else better.’ 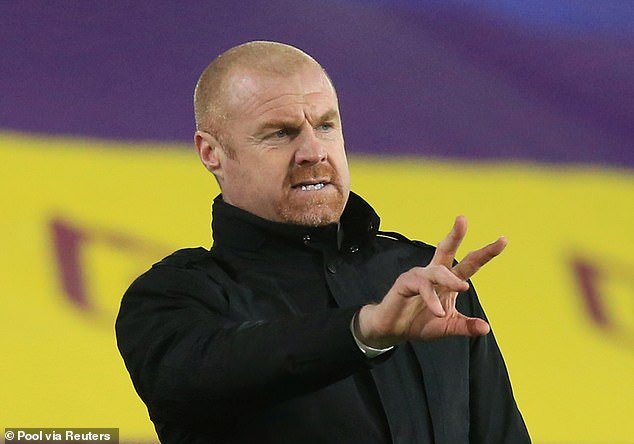 In addition to his defensive responsibilities, Lowton scored a contender for Goal of Season against Crystal Palace, following a one-two with Jay Rodriguez with a cracking strike.

It was only Lowton’s second goal in six years at Turf Moor. ‘Every time I touch the ball in training now now they’ve been shouting ‘Shoot’ and ‘Ole”, he smiles.

Burnley go to Spurs today with different owners from their last meeting against Jose Mourinho’s side in October.

‘A few new contracts have been tied down in the last couple of weeks but we’ve not really seen any major changes at the minute,’ says Lowton.

‘I don’t know if that is something that is going to happen in the summer or when the manager gets to sit down with the new chairman but at the minute, nothing really major has happened. 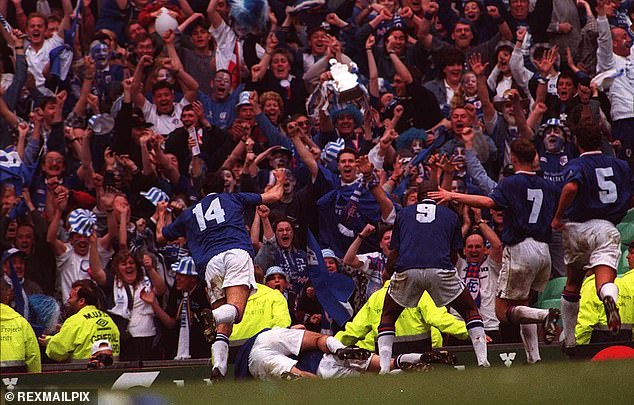 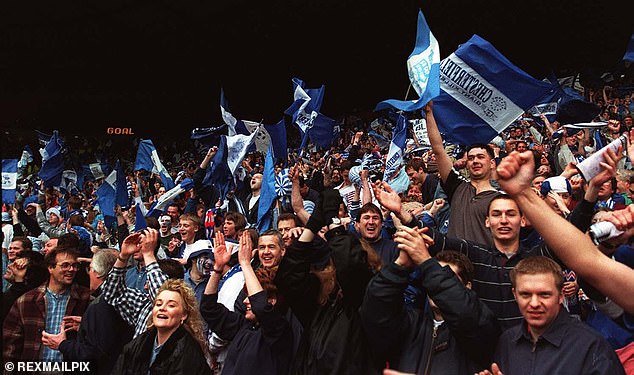 Chesterfield-born Lowton, then aged seven, was among thousands of fans at Old Trafford

‘It all happened quite seamlessly. As players we didn’t get bogged down in it and we have been able to carry on as normal.’

In other positions, 31-year-old Lowton’s form may have been good enough to receive England mentions but there happens to be a glut of right-backs available to Gareth Southgate.

‘Some of the best players in the league in their teams are full-backs at the minute,’ he says.

‘It will be interesting to see who plays there (Euro 2020) because there are a lot of good players in my position.

‘I’d pick myself! It is tough. Trent ((Alexander-Arnold), Kyle Walker, Tripps (Kieran Trippier), Reece James, Tariq Lamptey is out injured. There are countless at the minute.’