CARDIFF, Wales (AP) – Burnley continued its Premier League revival with a 2-1 win at Cardiff on Sunday and moved up five places to 12th.

Johann Berg Gudmundsson and Sam Vokes netted second-half goals either side of Josh Murphy’s equalizer to give the Clarets back-to-back league wins for the first time since April.

Cardiff knew victory would take the Welsh team above Burnley and outside the relegation zone.

But Neil Warnock’s side is now winless after seven games and, with away trips to Tottenham and Liverpool in October, the situation is already looking bleak for the Bluebirds.

Victory came at a cost for Burnley with its England defender James Tarkowski forced off after 27 minutes with what appeared to be a shoulder injury.

Cardiff had the better of a first half which was low on quality and saw the ball spend a lot of time in the air.

Burnley had carried little attacking threat until the 51st minute when Cardiff was caught out by a quick throw.

Ashley Westwood delivered a deep cross and Gudmundsson rose above Greg Cunningham and managed to squeeze his header past Neil Etheridge at the far post.

Cardiff was level within nine minutes when Victor Camarasa and Bruno Ecuele Manga combined down the right and Murphy swept home his first goal following his summer arrival from Norwich.

Murphy’s confidence was now running high and he forced Joe Hart in to a fine fingertip save from 20 yards.

But Burnley was back ahead after 71 minutes when Westwood spotted Gudmundsson’s run and Vokes stooped to head home the cross. 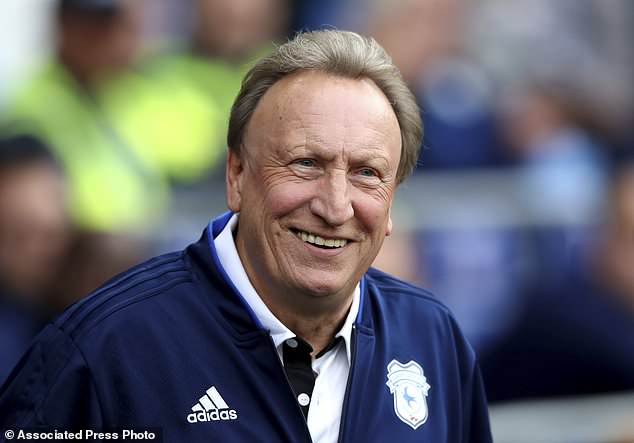