Burns Night 2018: What is it and who was Robert Burns?

The Scottish poet Robert Burns was born on January 25, 1759, and such was his popularity and influence that the poet’s life and work is celebrated every year on his birthday, on what became known as Burns Night.

Despite dying at the young age of 37, Robert Burns is widely regarded as Scotland’s national poet, most famous for his poems, Auld Lang Syne and Ae Fond Kiss.

The poets work has even influenced the likes of JD Salinger, whose novel Catcher in the Rye references Burns’s Comin thro’ the Rye, and John Steinbeck, who named Of Mice and Men after the poem To a Mouse.

What is Burns Night and when is it?

Burns Night is the annual celebration of the life and work of the Scottish poet, Robert Burns. It is celebrated on Robert Burns’s birthday on January 25.

Burns Night 2018 falls on a Thursday.

The first Burns Night was actually held by his friends on July 21, 1801, the fifth anniversary of the poet’s death.

The following year, merchants who knew Burns founded the Burns Club in Greenock, which still exists today, and organised their first Burns Supper on January 29, what they thought was his birthday.

However, in 1803, the merchants discovered Ayr parish records that stated the Burns’ birthday was actually on January 25, 1759. Since then Burns Night has been held on January 25.

What food is on the Burns Night Menu?

Burns Night food focuses on Scottish delicacies such as haggis, neeps, tatties and a wee dram. Neeps are turnips and tatties are potatoes.

Everyone stands as the haggis is brought in. The dish is traditionally served on a silver platter while a piper plays the bagpipes, leading the path to the Burns Supper host’s table.

After the haggis is brought to the table, someone recites Burns’s Address to a Haggis as the haggis on the table is cut open.

For a Burns Night dessert, many people have Cranachan, a traditional Scottish dessert made from cream whisky, oats and raspberries. The BBC Food Cranachan recipe suggests using the following steps:

When the meal is over, it is tradition to say several toasts and end the night with a recital of Auld Lang Syne.

Who is Robert Burns?

Robert Burns was born on January 25, 1759, in Alloway, just outside of Ayr. Since both of his parents were of farmer stock and his writing is known for its accessible language and themes, Burns became known as the Ploughman Poet. 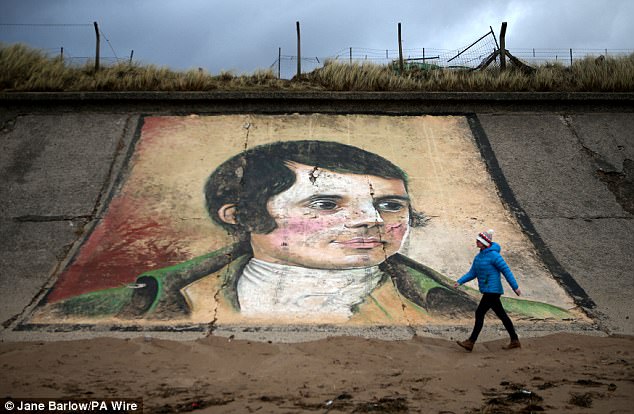 However, Burns was actually very well-read, having been ‘schooled’ by John Murdoch in the subjects of Latin, French and Maths.

Throughout his lifetime, Burns was a vocal proponent of the Scottish language. One of his most famous poems, To a Mouse, is written in the Scots Language and portrays the relationship between Man and mouse.

John Steinbeck actually took the line from the penultimate stanza and used it as the title of his novel, Of Mice and Men.

Robert Burns also had a reputation with women. Aside from the many love poems he wrote, Burns fathered 12 children, eight with his wife, Jean Armour, and four children with other women. He is thought to have around 900 descendants.