A woman who was burnt with flaming petrol when she was 14 has spoken about her anguish and recovery – as she fights alongside other victims to toughen penalties against attackers.

Bianca Aravena, 30, was splashed with an ice cream container full of petrol in 2001 when a teenage boy kicked it at her after an argument, causing burns to 65 per cent of her body.

Now, 16 years on, the Newcastle woman is campaigning with fellow burns survivor Dana Vulin for harsher sentences for similar crimes in Australia. 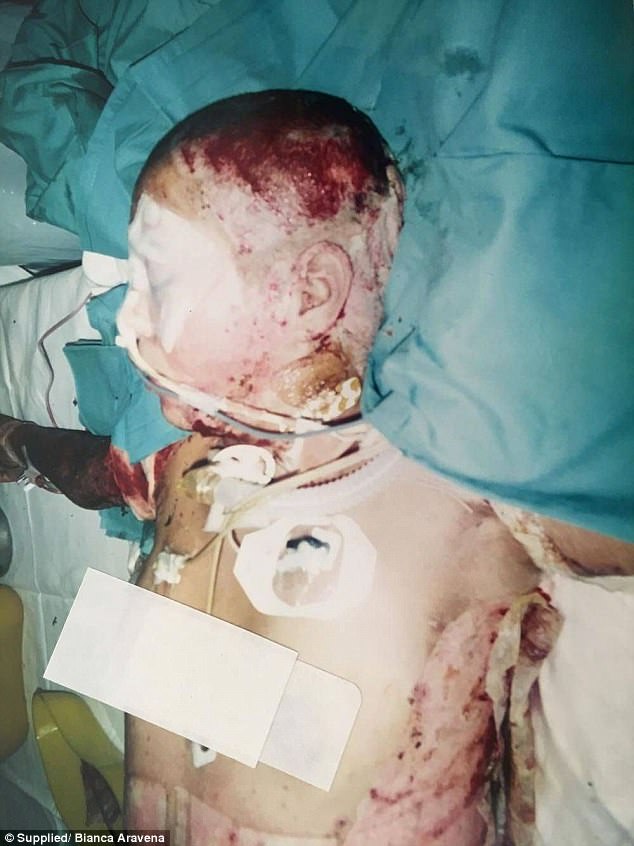 ‘I was in pain more afterwards than when I was alight. But it felt like a million needles on my skin,’ Bianca told Daily Mail Australia about the attack.

‘When I started going up in flames I rolled around on the grass, not knowing it was petrol, but it just kept going.’

The young schoolgirl quickly fled to a nearby backyard where another boy hosed her down with water – but much of the damage had already been done.

Bianca suffered burns to both her legs, her buttocks, torso, neck and a quarter of her face and was put into an induced coma for three months.

The then 14-year-old said she died and was miraculously brought back to life four times in one week during her coma, an experience Bianca barely recalls, but says felt as if she was ‘going somewhere’ while unconscious. 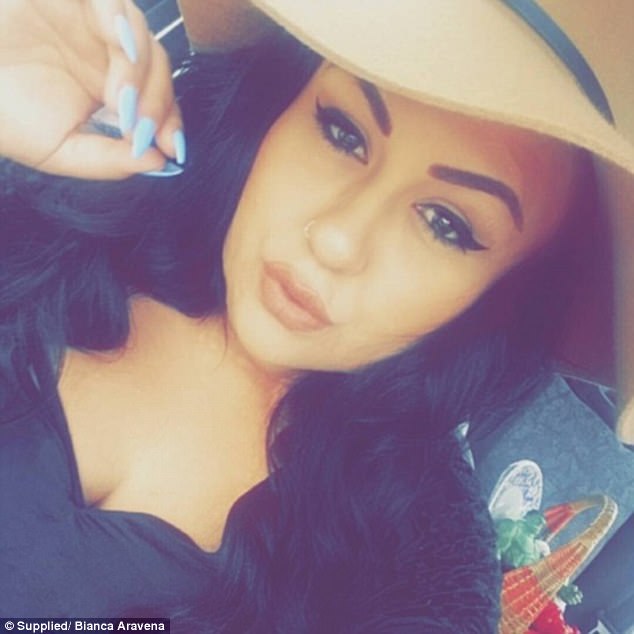 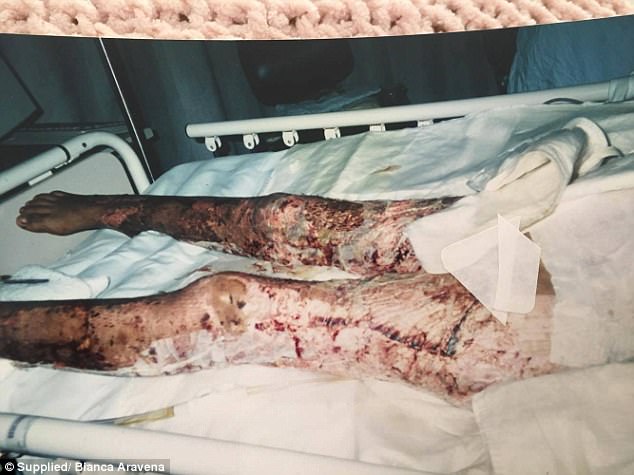 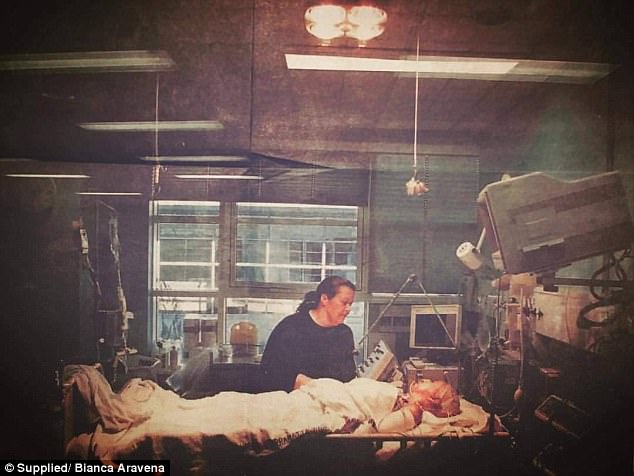 Bianca died and was miraculously brought back to life four times in one week during her coma, an experience she barely recalls, but says felt as if she was ‘going somewhere’ while unconscious 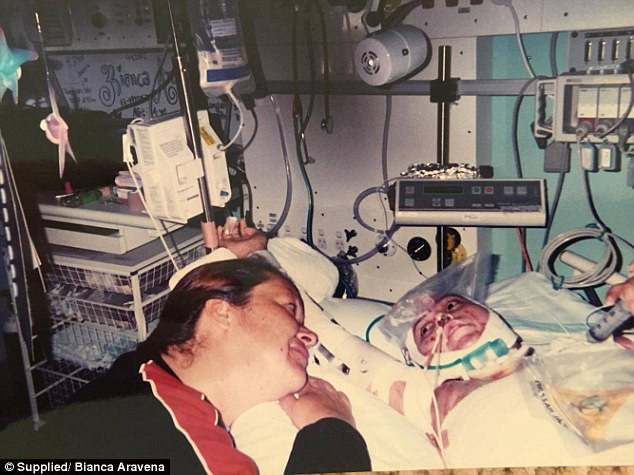 ‘It was weird, like I felt all happy and like I was going somewhere unknown, but then it was darkness again,’ she said.

The young girl was forced to wear a burns suit and drop out of school as she struggled to recuperate from her horrific injuries, her weight ballooning from size eight to size 22.

While Bianca spent five torturous months in hospital recovering, she said her attacker was charged but received only a community service.

Despite his young age, Bianca says she believes the boy should have been given a tougher sentence.

‘He knew exactly what he was doing. He should have gotten more than community service,’ she added. 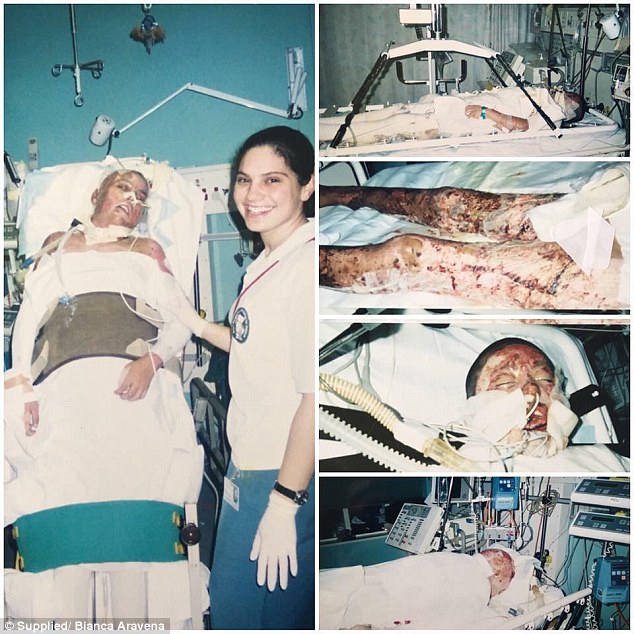 After 16 years of treatment and a long road to recovery, Bianca has met other survivors who know exactly what she has been through, including Dana, who was set on fire by a jealous woman who laughed as she burned alive.

Dana, like Bianca, believes her attacker got off lightly when she was dished a 17-year sentence.

Both women are now campaigning for Australia do adopt ‘Judy’s law’, a legislation from Ohio which gives attackers an additional six years in prison if an accelerant was used and if the victim is left disfigured. 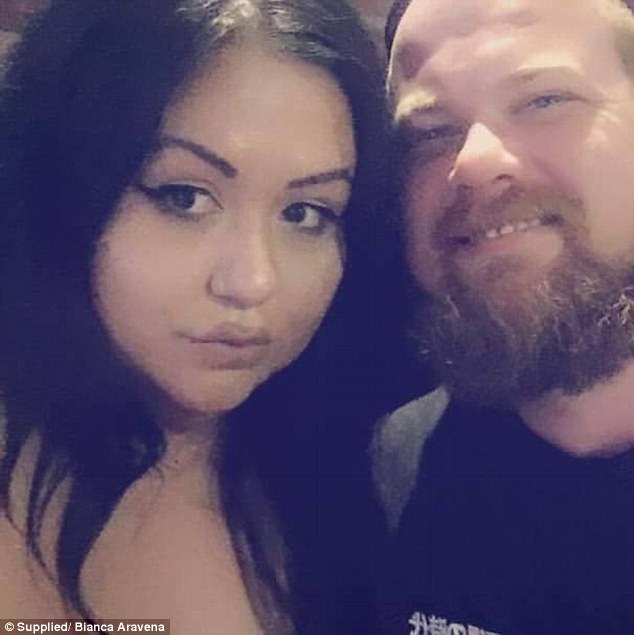 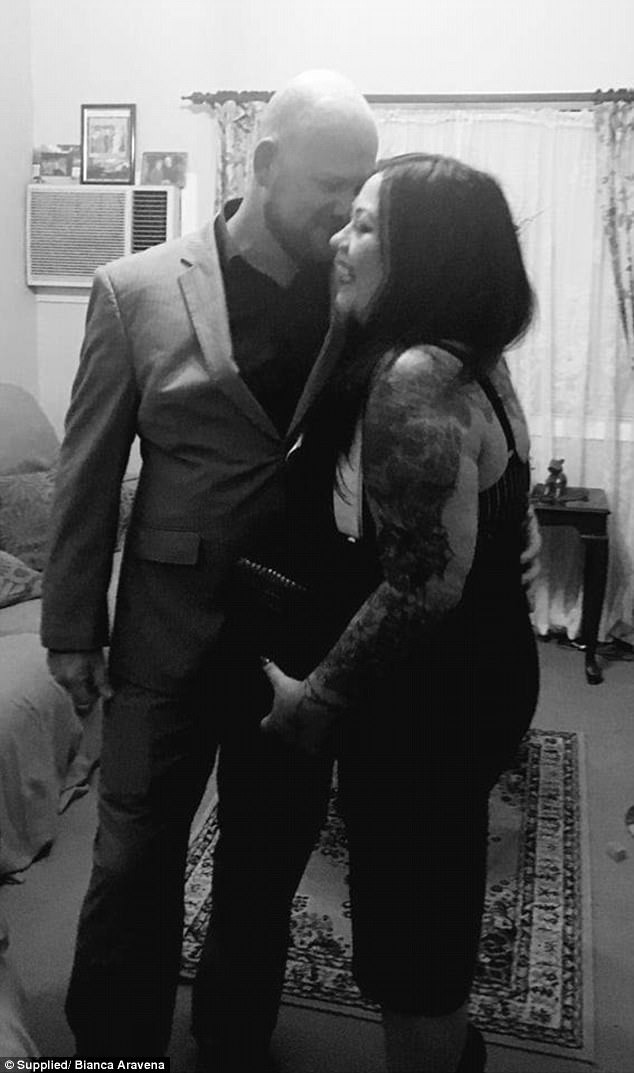 ‘He is so understanding’: Bianca met her partner Troy who she says ‘doesn’t care’ about her scars

‘What happened to me…and to Dana… it is just f***ed up. These people can’t just walk away, they deserve tougher, harsher sentences.’

Bianca missed out on most of her childhood because of the sickening attack – but she has now found happiness with her partner, Troy.

‘He’s so understanding,’ she said.

‘I used to cover up whenever I was around him but he told me, “I don’t care how you look”.’