The bizarre reason residents living close to a nature reserve DON’T want a $165,000 toilet block to be built – and it has nothing to do with being an eyesore

Worried locals have opposed the construction of a $165,000 toilet block in a popular nature reserve, saying they fear it would attract ‘sexual deviates’.

Burnside Council, in Adelaide’s south east, sent a survey to 80 properties asking for their thoughts on a proposal to build a toilet at Brock Reserve, in Beaumont.

The nature strip is a gateway to several busy walking and cycling tracks which draw in around 7,100 visitors a month – but there are no public toilets in the area.

However, the plan has left the community divided – with 55 per cent of respondents against the development – even though it has already been approved by the council.

Some locals argued it would encourage anti-social behaviour, increase crime within the neighbourhood, and potentially put adjacent properties at risk of break-ins.

‘Will be a blight on the landscape. Will attract unsavoury characters, drug users and sexual deviates to the area,’ one person submitted, The Advertiser reports.

‘Complete waste of money. Will be a visual eyesore. Will attract the wrong type of people to hang around it. People doing drugs, sexual predators,’ another resident wrote.

‘[It] would encourage relocation of unsocial behaviour and just another case of wasteful spending and disregard for prudent restrained spending of ratepayers funds,’ a third submission read.

One person who lives right next to the proposed site argued there was already enough noise emanating from the reserve from groups of walkers passing through and dogs barking.

Meanwhile, others residents offered their full support for the building plans, and said the facilities were ‘much needed’ in the area.

The toilets were approved at last’s week’s council meeting despite the mixed feedback, after staff reported some members of the community could be ‘disgruntled’ if the project did not proceed. 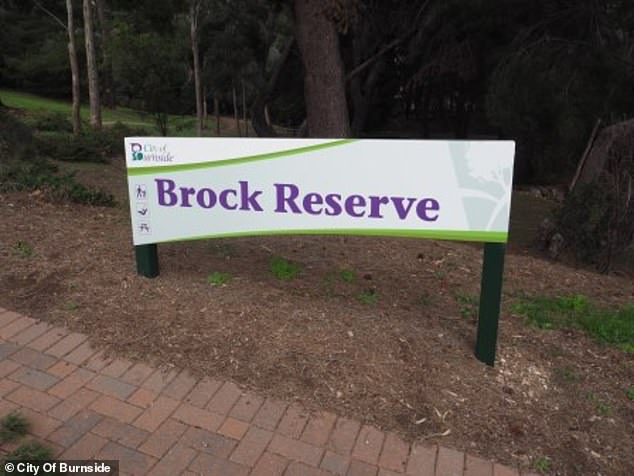 Despite the feedback, Burnside Council last week approved the proposal in the Beaumont Reserve – which will allow the thousands of monthly visitors to access public toilets

The block will be built near the footpath along Dashwood Road – away from houses – and will be locked up overnight.

Cr Julian Carbone said the installation made ‘common sense’ given the high number of traffic passing through the area to access walking trails.

When his fiancé was pregnant, he said the couple were forced to race to his parents’ nearby home from the reserve to use their amenities.

‘If we are going to promote these walking trails and this type of physical activity, then we need to have a public toilet,’ he said.

The network of trails stretch for more than three kilometres collectively, and are popular among bushwalkers and cyclists, who can spot various native animals along the way, including echidnas, koalas, kangaroos, and stubble quail.