Marc Thiessen, speechwriter under President George W. Bush, said Friday that President Biden’s team of ‘sychophants’ had enabled him to move forward with the bungled Afghanistan withdrawal and questioned ‘where are the adults in the room?’

‘When President Donald Trump was in office, the media were always celebrating the ‘adults in the room’ — the presidential advisers who restrained Trump from following through on his worst instincts,’ Thiessen wrote.

He noted that the former president sometimes invited those who disagreed with him into his inner circle, like H.R. McMaster and John Bolton, both national security advisors under Trump.

‘When his generals warned him of disastrous consequences, he modified his plans,’ Thiessen said of Trump. The former president had wanted to pull all US forces out of Syria, but left 900. He’d wanted to withdraw from Afghanistan, but left 2,500 troops.

‘Far from a team of rivals, Biden has surrounded himself with a team of sycophants and enablers who share his worst instincts,’ Thiessen wrote in the Washington Post.

‘Where are the adults in the room today? Nowhere to be found,’ he added.

‘Far from a team of rivals, Biden has surrounded himself with a team of sycophants and enablers who share his worst instincts,’ Thiessen wrote of Biden’s advisers 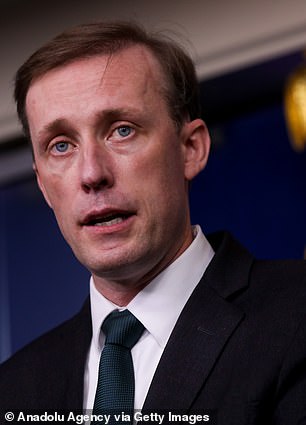 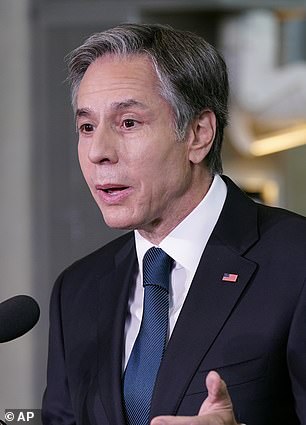 ‘Blinken is an ideologue who has been working toward a full Afghanistan withdrawal since he joined the Obama administration in 2009. Ditto for national security adviser Jake Sullivan,’ Thiessen claimed

He noted that Biden told ABC’s George Stephanopoulos on Wednesday no one had recommended to him he leave a residual force of 2,500 in Afghanistan, ‘that I can recall.’

‘Blinken is an ideologue who has been working toward a full Afghanistan withdrawal since he joined the Obama administration in 2009. Ditto for national security adviser Jake Sullivan,’ the speechwriter claimed.

‘But others such as Defense Secretary Lloyd Austin and Joint Chiefs of Staff Chairman Mark A. Milley knew better.’

‘There was nothing that I or anyone else saw that indicated a collapse of this army and this government in 11 days,’ Milley claimed on Thursday.

In a 2014 speech on the Senate floor, McCain warned that  Blinken, then up for the deputy secretary of state role, would be ‘dangerous to America and to the young men and women who are fighting and serving our country.’

‘We will see the same movie in Afghanistan that we saw in Iraq,’ adding that ‘we must leave a stabilizing force behind of a few thousand troops,’ McCain warned at the time.

Thiessen was chief speechwriter for former Secretary of Defense Donald Rumsfeld beginning in 2001, when the US invaded Afghanistan and Iraq, before joining Bush’s speechwriting team in 2004.

On Friday the Wall Street Journal reported that State Department officials in Kabul had warned the Biden administration that the Afghan capital would fall.

A dozen diplomats sent a confidential memo in a dissent channel to Secretary of State Anthony Blinken on July 13 that the Taliban was rapidly gaining ground and the city was vulnerable to collapse.

On July 8, President Biden said it was ‘highly unlikely’ the Taliban would take control of Afghanistan and denied there would be chaos in Kabul.

But then on Wednesday this week, Biden said there was ‘no way’ to leave Afghanistan without chaos ensuing.

Afghan security forces were collapsing, the diplomats said in the memo, and offered ways to mitigate the advancing insurgents.

But it may have been too late to stop them.

The State Department memo, according to the report, also called for the government to use tougher language on the violence in the past from the Taliban and urged them to start collecting information for Afghan allies who qualified for Special Immigrant Visas after working with US forces.

The Journal reported that 23 Embassy staffers signed the cable and rushed to deliver it considering the deteriorating situation in Kabul.

Blinken reviewed the cable, a personal familiar with it told the paper.