In 2018, business development manager Kaley Chu found herself at a crossroads.

Despite being a successful businesswoman, she worried she was boring, had nothing to offer and ‘absolutely no stories to share’.

Kaley recalled that despite the fact she had moved to Australia from Hong Kong for university, she had since surrounded herself with people who could speak her native Cantonese.

Often, she said she didn’t feel comfortable piping up in meetings, even though she was fully prepared for them.

But rather than wilt away in the corner, the 30-year-old from Melbourne set herself a challenge: to go on 100 business lunches with complete strangers that year and see what she could learn. 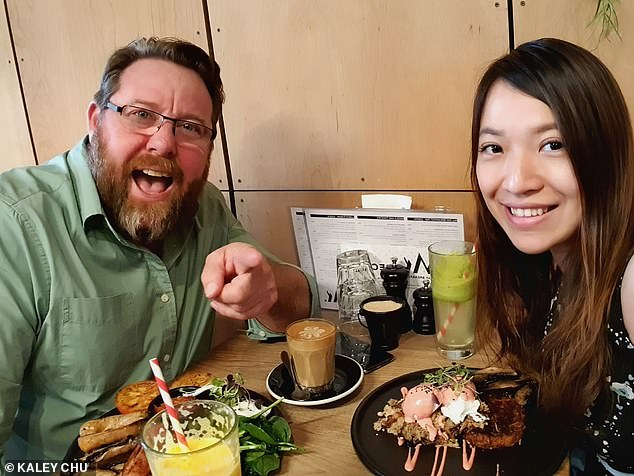 Kaley began sending messages via LinkedIn to people from all walks of life, telling them about her goal and asking them to have lunch with her (pictured on one of her lunches)

She would organise the business lunches through the networking site, LinkedIn.

‘If you were to meet me today, you’d probably guess I was confident and adventurous,’ Kaley told FEMAIL.

‘But if you’d met me not that long ago, you would’ve assumed I was shy and anxious. So which perception is true?’

Kaley said she settled on the number of ‘LinkedIn lunches’ as 100 because it was a realistic number of people to be able to meet.

She thought she would be able to learn from each lunch rather than packing in another rushed meeting without taking the time to stop and think.

‘The humiliation from the client meeting where I hadn’t spoken up was a wake-up call that I needed to be pushed outside of my comfort zone,’ Kaley said.

So, she began sending messages via LinkedIn to people from all walks of life, telling them about her goal and asking them to have lunch with her. 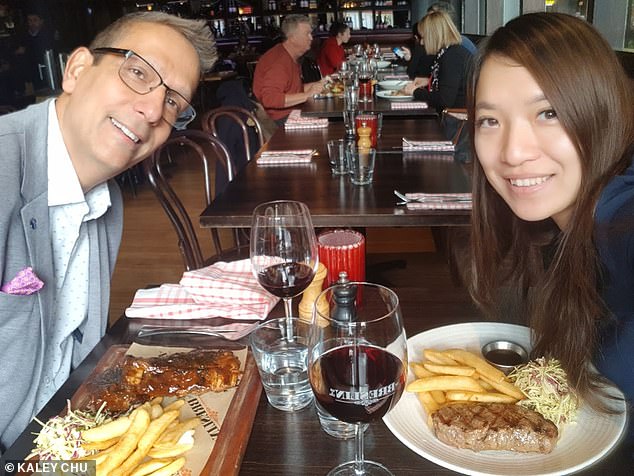 Kaley (pictured on one of her lunches) said she struggled to talk about herself and answer questions at first, but by around lunch 10 or 12 her social skills and confidence improved

While not everyone was receptive at first – and originally only 10 per cent of the people she messaged got back to her – Kaley said she stood by her promise to herself to keep going.

‘At the start of my journey, I struggled to make small talk with men and women from all walks of life, and I had to talk myself out of quitting,’ she said.

But gradually – around lunch 10 or 12 – Kaley said her ‘social skills and confidence improved’.

‘I was becoming a confident communicator who looked forward to meeting new people,’ Kaley said.

‘The 100 lunches journey has taught me that true magic happens outside of your comfort zone, and if you keep doing what you’ve always done, you’ll keep getting what you always got.’

She said by forcing herself to do something scary, she managed to improve both professionally and personally.

What lessons did Kaley learn from having lunch with 100 strangers?

1. Magic happens outside of your comfort zone: If you keep doing what you’ve always done, you’ll keep getting what you always got.

2. Strangers can open doors for you: The bigger your network, the more opportunities will come your way.

5. Questions help you discover hidden truths: By asking questions about yourself, you learn your strengths, weaknesses and hobbies.

Kaley said she learned ‘an impossible amount’ from the 100 lunches, but one of the most important lessons she learned was one about the value of having a community.

‘A funny thing started happening as I met more strangers,’ she recalled.

‘I was even asked to do keynote speeches, which was especially meaningful for me as I was once the girl who had been such a terrible communicator!’

Kaley said she learned that the bigger your network is, the more favours you are likely to receive as a result of this.

‘This is one of the reasons why I have continued to have lunches with strangers, despite reaching my 100 goal,’ she said. 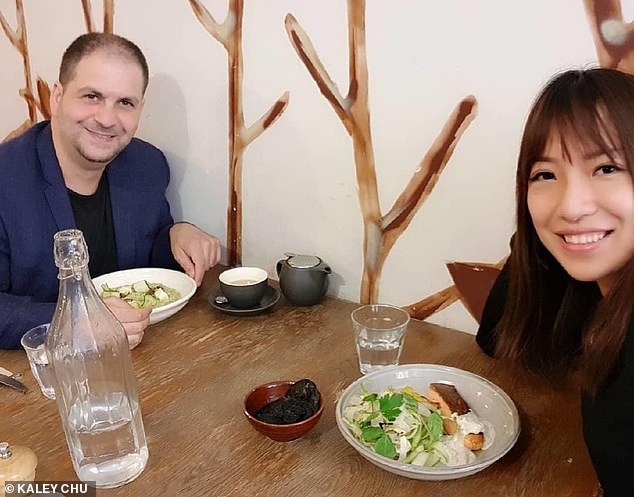 Kaley said the lunches also taught her that you should never settle, and always be striving for more and better, as that is what successful people do (pictured on one of her lunch dates)

Kaley said the lunches also taught her that you should never settle, and instead should always be striving for more and better.

‘Before I started having lunch with strangers, I’d been conditioned to settle for realistic goals. But as I met one successful person after another and heard their amazing stories, I began to think: “If they can do great things, why can’t I?”

‘That made me realise that I could achieve so much more, provided I cast aside my limiting beliefs.’

Since then, Kaley said she has pushed herself outside of her comfort zone regularly, by doing public speaking and even sky diving.

‘All of this confirmed that I’d been under-estimating my potential my entire life,’ she said.

The last thing she learned is that asking questions can often teach you important things about yourself, and this can help you to grow.

‘Getting asked thousands of personal questions forced me to do lots of self reflection,’ Kaley said.

‘Every time I discussed my hobbies, strengths and goals, I developed a better understanding of what made me unique and what was important to me.’

Kaley said she learned from billionaires and entrepreneurs that we have to be prepared to ask and answer tough questions about ourselves, as this is the only true way we will find clarity in our lives. 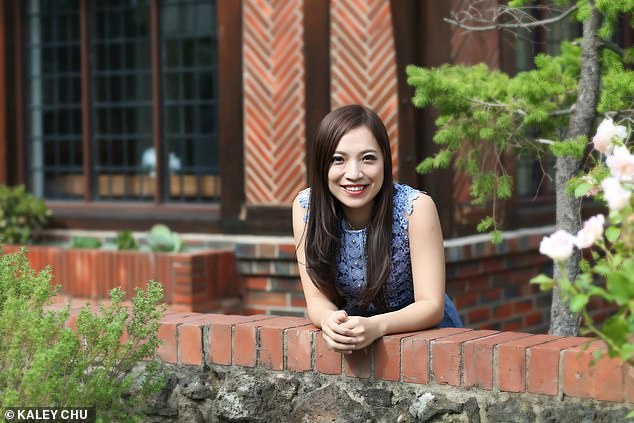 Kaley (pictured) said she learned from billionaires and entrepreneurs that we have to be prepared to ask and answer tough questions about ourselves, as this is the only true way we will find clarity in our lives 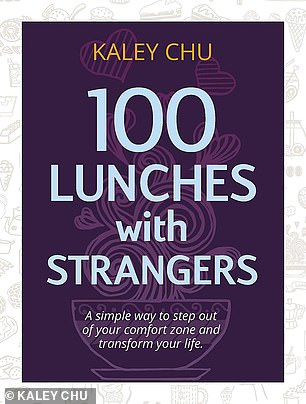 Now, Kaley has authored a book on the subject of her 100 lunches, called 100 Lunches With Strangers (pictured)

Now, Kaley has authored a book on the subject of her 100 lunches, called 100 Lunches With Strangers.

The book doesn’t only look at Kaley’s personal journey, but also features 15 powerful life lessons exploring fear, mindset, diversity, patterns, judgements and how to understand yourself.

Kaley now has more than 230 lunches under her belt, and said she stays in contact with the majority of people she meets.

‘Having lunch with strangers has completely changed my life,’ she said.