Business Secretary Greg Clark was under intense pressure to review takeover rules last night after he gave the green light to the controversial £8billion sale of engineering giant GKN.

Mr Clark faced calls from MPs on all sides to look again at rules that allow ruthless hedge funds to snap up shares at the last minute to force through a hostile takeover.

He confirmed that he will not intervene in the sale of the 259-year-old firm to asset-stripper Melrose. 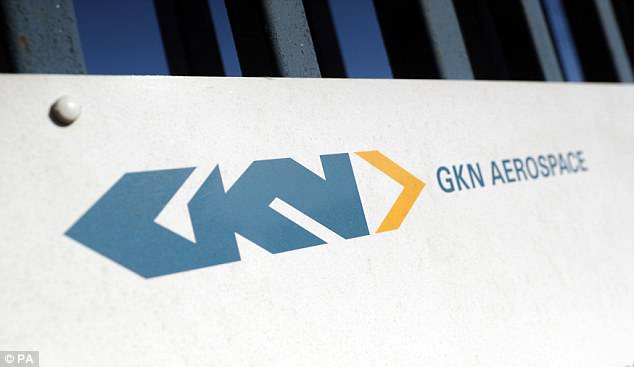 GKN – which can trace its history back to supplying cannon balls to the armed forces at the Battle of Waterloo, is being taken over by asset-stripper Melrose

But he also confirmed that Defence Secretary Gavin Williamson has secured a veto on the sale of sensitive parts of the business by Melrose to protect Britain’s national security.

The move, revealed by the Daily Mail last week, is a significant victory for this paper’s campaign against the sale of a firm that has been supplying our Armed Forces since it produced cannonballs for the Battle of Waterloo.

Whitehall sources acknowledged the deal ‘would have just gone through on the nod if no one had kicked up a fuss’.

An ally of Mr Williamson said he had to ‘dig his heels in’ to secure concessions, with both Mr Clark and the Cabinet keen to wave the deal through.

In total, Melrose had to agree a further seven concessions to win Government approval, on top of five ‘guarantees’ previously secured by Mr Clark.

The Business Secretary said the final package of commitments from Melrose went ‘beyond those given by the previous management team’. He said there were no legal grounds for blocking the deal.

But a string of MPs urged him to change the law to prevent further ‘predators’ snapping up key British firms.

Hedge funds bought up 25 per cent of GKN’s shares in a few weeks to help force through the takeover, helping seal a deal that was approved by a margin of 52 to 48.

Tory MP Lucy Allan said the future of GKN was ‘determined by speculators who came on to the share register in the final weeks of the bid process to make a quick profit’.

She said this was ‘no way to determine the future of a great British manufacturing company’ and called for a review of takeover rules.

Labour MP Rachel Reeves, chairman of the Commons business committee, asked the Government to ‘look again at the takeover code, particularly for businesses so integral to our industrial strategy and for businesses that have received a lot of taxpayer funding’.

Lib Dem leader Sir Vince Cable said the role of hedge funds had been ‘highly destabilising’. He suggested shareholders should be forced to wait a certain period before qualifying for a vote.

Mr Clark said he was open to looking at takeover rules again, but suggested he thought they were working well. He also suggested hedge funds would have been unable to snap up shares if long-term investors had had more confidence in GKN’s management.

Melrose has previously said it was willing to make a ‘legally-binding’ commitment not to sell GKN’s aerospace division before April 2023.

For a period of five years, Melrose will keep its headquarters in the UK and its shares listed on the stock market in London. It will also ensure the majority of its directors live in the UK.

Melrose will also ensure that spending on research and development at GKN will equal at least 2.2 per cent of GKN sales every year up to 2023.