A businessman who moved out of his £1million home and into a pigsty after a bitter breakup has lost a court fight over the family home.

James Glessing, 63, and his partner Jane Lazell split up in 2015 when he accused her of cheating on him 30 years ago, despite her taking a polygraph test in a bid to convince him of her innocence.

The couple, who were together for 37 years, subsequently went to war in court over the future of their smallholding in Upminster, which they had built up over 25 years of striving at different businesses.

After the relationship broke down in 2015, Mr Glessing ended up living in a converted pigsty on their land, Central London County Court heard.

He claimed he hit rock bottom after his ex bundled his clothes outside the back door of their home and gave him his marching orders in 2016.

However, she flatly denied excluding him from the family house, insisting that he still holds a key and chose to move into the sty of his own accord.

Now a judge has turned down Mr Glessing’s attempt to claim cash from his ex for the time he spent living in the pigsty, along with his bid to carve off a slice of their land for himself.

The court heard that Mr Glessing and Ms Lazell had already been together for 22 years when they built a home 15 years ago on their three-acre plot in Essex, which is now worth £1million.

They raised two children at the smallholding, which comprises a house, outbuildings and a farmyard which Mr Glessing said is ‘one of the prettiest places in England’.

They sold free range eggs from their land, raised pigs and had an e-cigarette business, before Mr Glessing moved onto selling noodles and cleaning products. 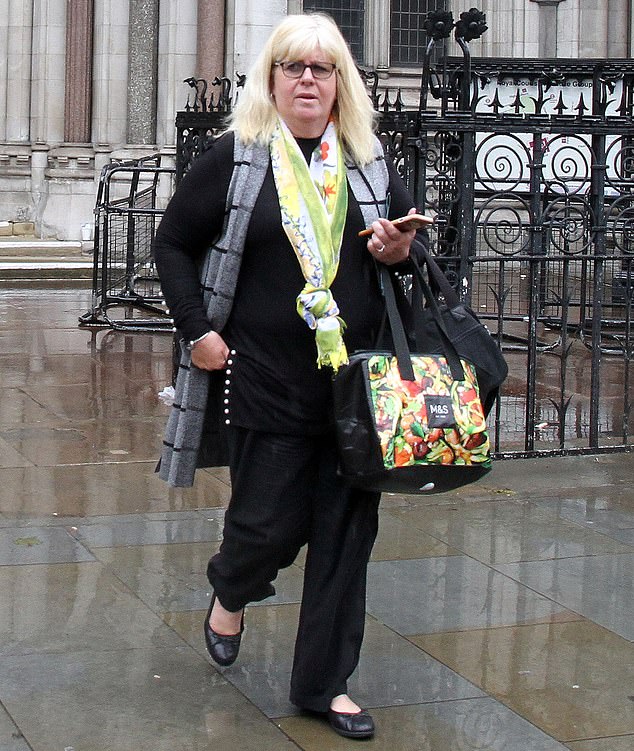 A judge has turned down Mr Glessing’s attempt to claim cash from his ex for the time he spent living in the pigsty, along with his bid to carve off a slice of their land for himself (pictured: Jane Lazell outside Central London County Court) 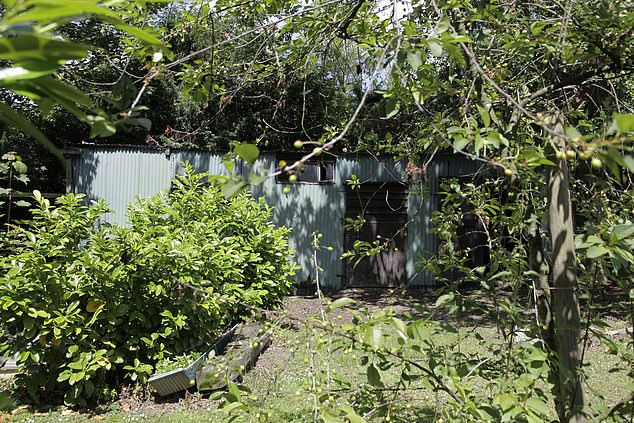 Pictured: One of the outbuildings on the £1m property in Essex at the centre of a court fight between James Glessing and his ex Jane Lazell

But Ms Lazell told the court that she and her ex split after Mr Glessing suggested she had slept with another man around 30 years ago.

‘He got that in his head,’ she said, and added: ‘he had never articulated it before’.

‘My reaction was total shock,’ Ms Lazell told the court, and she insisted on taking a polygraph test to prove his suspicions false.

She passed the test and showed the results to Mr Glessing, she explained, but he was still unconvinced, the court heard.

The former couple ended up in court after their breakup when Ms Lazell said she wanted their property sold and the proceeds split down the middle.

Mr Glessing was unwilling to give up the farmyard, to which he is ‘deeply emotionally attached’. 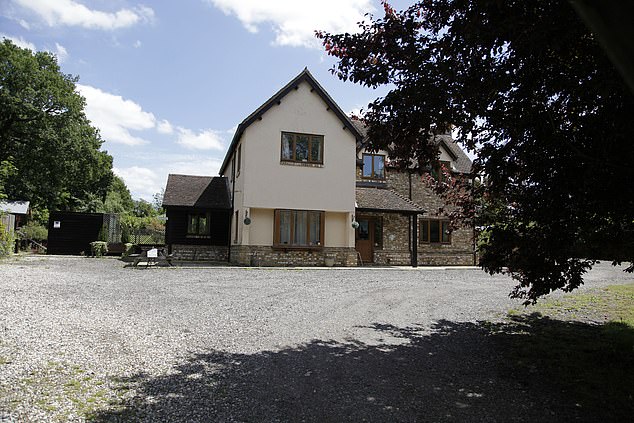 Ms Lazell told the court that she and her ex split after Mr Glessing suggested she had slept with another man around 30 years ago (pictured: The £1m property in Essex at the centre of the court fight)

‘It’s got trees around it and you can’t see it from the lane. Some of the oak trees there are 750 years old,’ he told Judge Richard Roberts.

‘I don’t even like calling it a yard, it’s a lovely place.’

He asked the judge to grant him the right to carve off the farmyard and buy it for himself before the rest of the property is sold.

And he also brought a claim for occupational rent against his ex in relation to the time he says he was ‘excluded’ from the family home by her.

But Ms Lazell denied kicking him out and insisted he moved into the pigsty of his own free will.

She said her ex initially moved into a portacabin complete with shower, which was ‘quite cosy for one person’. 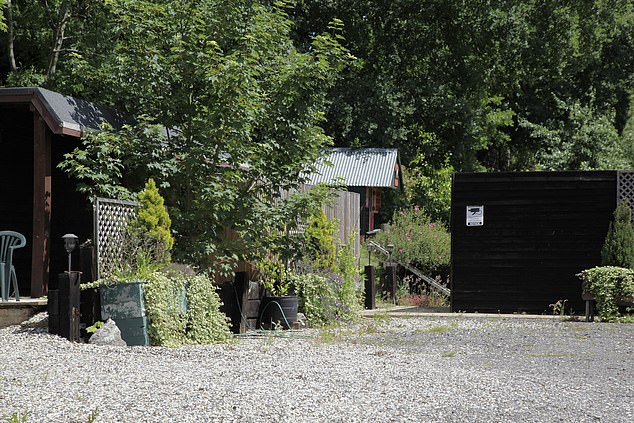 Judge Roberts rejected Mr Glessing’s claim for rent from his ex as compensation for his being excluded from the house, saying there was no evidence he had been turfed out (pictured: Some of the outbuildings on the £1m property in Essex)

‘Mr Glessing came out of the cabin and chose to move into this pigsty,’ she added.

‘He came out of the cabin to rent it to a friend. When his friend left, he went back into the cabin, it was his choice to move into this shed.’

He often returned to chat to his son or to walk his dog, she told the court, and even took a comfy bed from the spare room to make his outside quarters more welcoming.

Judge Roberts rejected Mr Glessing’s claim for rent from his ex as compensation for his being excluded from the house, saying there was no evidence he had been turfed out.

‘It doesn’t seem fair or equitable to charge her occupational rent,’ he said.

He also ruled against Mr Glessing on his bid to keep the farmyard, plus another small slice of land.

Judge Roberts also rejected Ms Lazell’s own bid to claim £24,000 from Mr Glessing for occupational rent over his continued use of the farmyard.

The judge ordered that the entire site and house should be sold within six months and the profits split equally between the former couple.

Ms Lazell is currently still living in the family home, the court heard, while Mr Glessing is in a cabin next to the house but plans to move elsewhere once the property is sold.

Losing the yard will be ‘a great upset’ for Mr Glessing, explained his barrister, George Woodhead.