Busy bargain hunters can now pay people up to $35 an hour to wait in line for them on Black Friday.

People can hire professionals to wait in line for them for Broadway tickets, iPhone drops, restaurant reservations and then switch spots once the sitter reaches the front.

Some entrepreneurs who have set up the so-called line sitting companies said that they are doing a brisk trade.

Owners also told MONEY that job opportunities may be picking up as the holidays approach.

‘People don’t have a lot of time,’ said Jennifer Goff, the founder and CEO of Skip the Line.

People can hire professionals to wait in line for them for Broadway tickets, iPhone drops, restaurant reservations and then switch spots once the sitter reaches the front 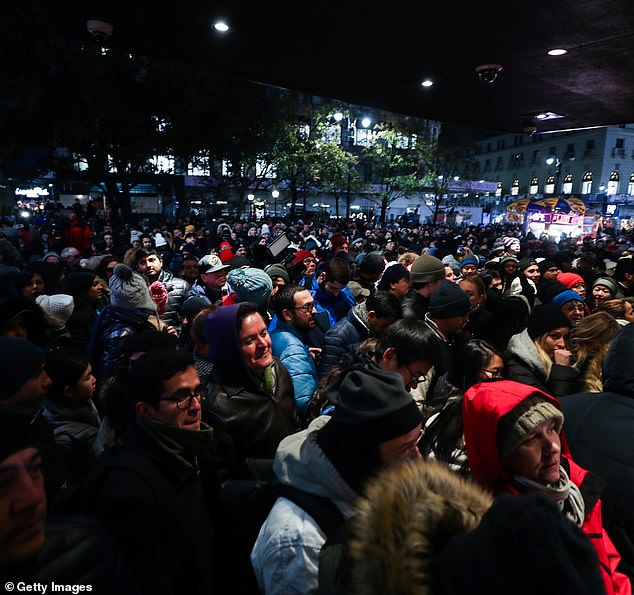 ‘This is a service that really helps them to be able to do what they want to do’.

Goff’s venture started in June 2017 when a Game of Thrones pop-up bar debuted in Washington, DC.

Fans turned out in force for a chance to drink The North Remembers cocktails and sit on the Iron Throne, and Goff took notice of the huge volume of people waiting hours to get in.

‘Before I had a business plan, it was a way to make extra money.

‘I [would approach] people in line and [say] I’m here if they want me to wait [for them].

‘They can go get a drink somewhere, go get food. I’ll keep them updated with text messages and photos’.

The most well-known business is Same Ole Line Dudes in New York City, which dispatches people to wait in lines for sample sales, Saturday Night.

Darren Hromadka got into the line-sitting game when he learned his colleagues in Omaha, Nebraska, were paying college students to hold seats for them at Warren Buffett’s annual Berkshire Hathaway shareholder meeting.

Some 40,000 attendees turn out for a three-day event nicknamed the Woodstock of Capitalism.

Some people even wake up before dawn in order to get good seats to see Warren Buffett speak. 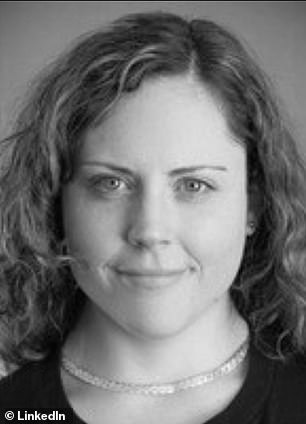 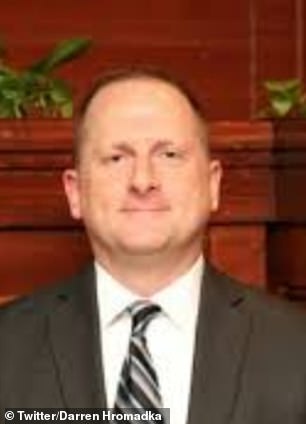 Jennifer Goff (left) is the founder of Skip the line and Darren Hromadka (right) founded the  InLine4You app which are busier than ever, according to the entrepreneurs

Buffett himself told the Wall Street Journal in 2017 that hiring a person to stand in line for seats to the meeting is ‘probably what I would do’.

Hromadka thought there had to be a better way to bring together people who want a spot in line and people who are willing to do the work.

He classified each group, calling them hoppers’ and spotters respectively and founded the InLine4You app.

Hoppers can post requests on the app and say how much they’re willing to pay, and spotters claim the gigs.

The average price is about $25 an hour. When the hopper shows up to take the spotter’s place in line, InLine4You processes the payment.

‘It is giving the gift of time,’explained Hromadka, whose app is available nationwide and has about 22,000 downloads. 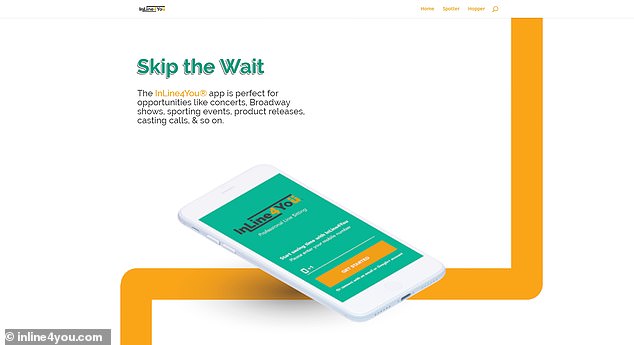 The inlineforyou app allows people to Hire a ‘tasker’ to stand in line for restaurants, special events, concerts and more

Hoppers can post requests on the inlineforyou app and say how much they’re willing to pay and spotters claim the gigs. Hoppers take a cut of the money

Another entrepreneur who set up an app called Same Ole Line Dudes is busy at particular times of the year. He said tourists flood New York City looking for Hamilton tickets and more holiday-specific events.

He is currently recruiting line-sitters to reserve spots at the Macy’s Thanksgiving Day Parade, for which they’ll get time and a half, but have to deal with crazy crowds and frigid temperatures.

Skip the Line and Same Ole Line Dudes operate similarly, though they have set rates.

Skip the Line charges about $30 an hour for most events; Same Ole Line Dudes costs $45 minimum for two hours.

Both have variables that can drive up prices, like bad weather, event popularity or delivery options.

Becoming a line sitter involves a lot of free time and patience so the job is perfect for students and retirees.

Another crucial quality is a willingness to take on jobs, as Samuel said: ‘It’s an easy gig to get, but it’s also easy to get let go from” if an employee doesn’t regularly fill requests’.