She’s making sure she wears her sunglasses.

Busy Philipps is in Hawaii with her family just 10 days after suffering sunburn to the corneas of her eyes on a 10-hour photo shoot for a magazine cover.

Black to basics: Busy Philipps showed off her bikini body as she stood under a palm tree enjoying a shaved ice in Hawaii on Thursday. She captioned it,  ‘Trying to rid myself of my sinus infection and cough by finding more joy (by eating rainbow snocones)’

And the 38-year-old looked in great spirits when she shared snaps of herself in Hawaii with her screenwriter husband Marc Silverstein, 46, and their daughters Birdie, nine, and Cricket, four.

The Cougar Town  actress stripped down to a black bikini with a bandana top and two straps from the center going over one shoulder as she stood on the beach enjoying a tub of cooling shaved ice.

She is a loyal fan of LEKFit – a dance-inspired fitness class – and put the results of her regular workouts on show. 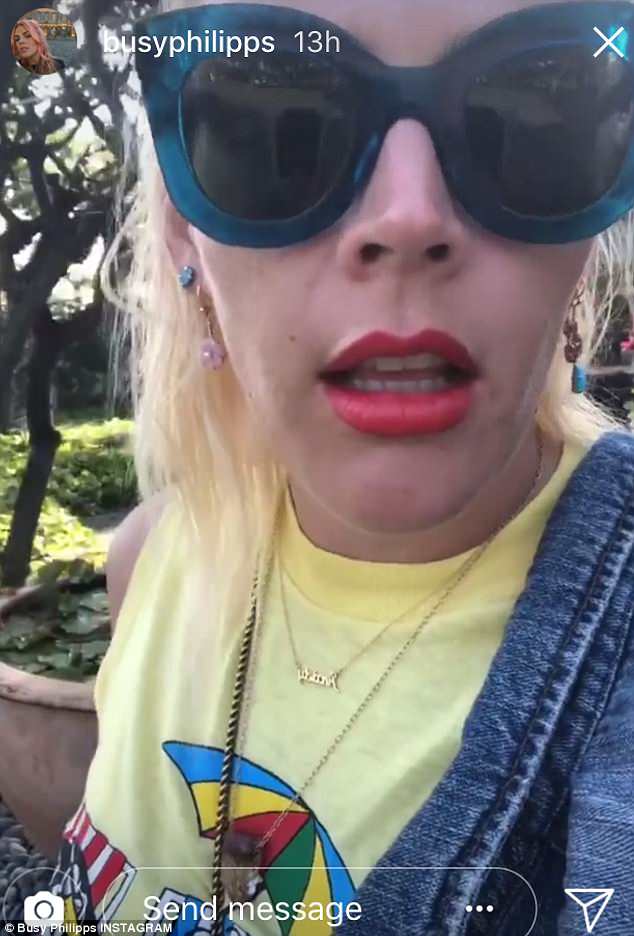 Out and about: The 38-year-old looked in great spirits wearing her blue-rimmed shades, of course, and a yellow T-shirt with a colorful graphic image plus a denim jacket 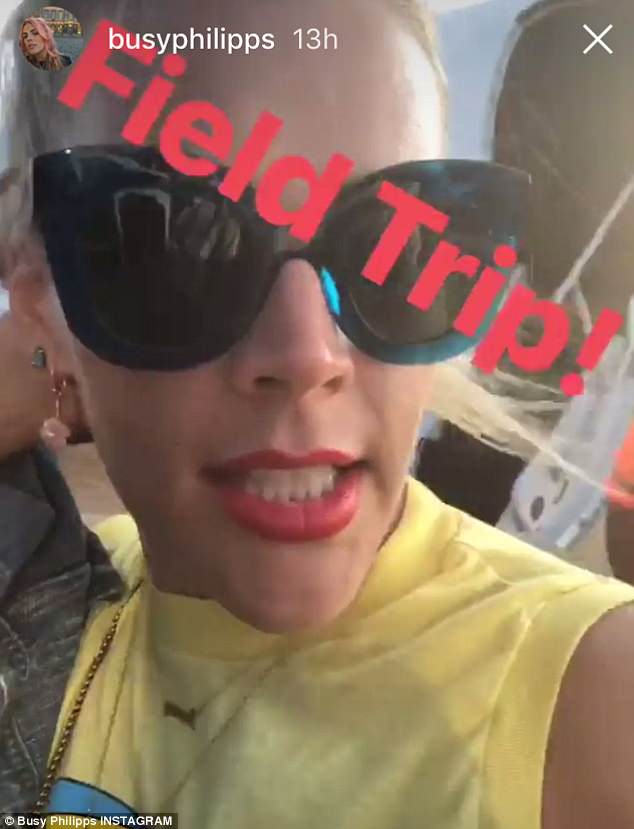 Exciting vacay: In one Instagram story, Busy revealed that   she was off on a ‘field trip’ 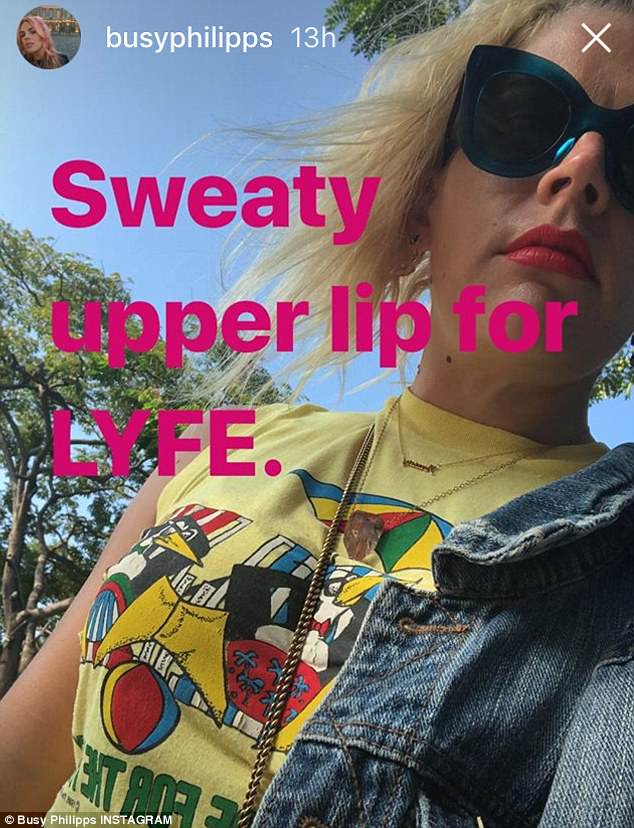 It turned out the ‘trip’ involved getting on a small jet, which she may have been a bit nervous about as she posted this shot, captioned, ‘Sweaty upper lip for LYFE’

The smiling star, wearing a huge pair of blue-rimmed sunglasses, captioned it: ‘Trying to rid myself of my sinus infection and cough by finding more joy (by eating rainbow snocones).’

Busy, who recently joined the Dawson’s Creek cast for a reunion photoshoot for Entertainment Weekly, also shared images and videos on her Instagram stories including a cute turtle swimming in the crystal clear ocean.

And she had a ball on a ‘little field trip’ in which Busy boarded a private plane with Marc and gal pal Rachel and they jetted off to Honolulu on the island of O’ahu to see the Queens Of The Stone Age play. 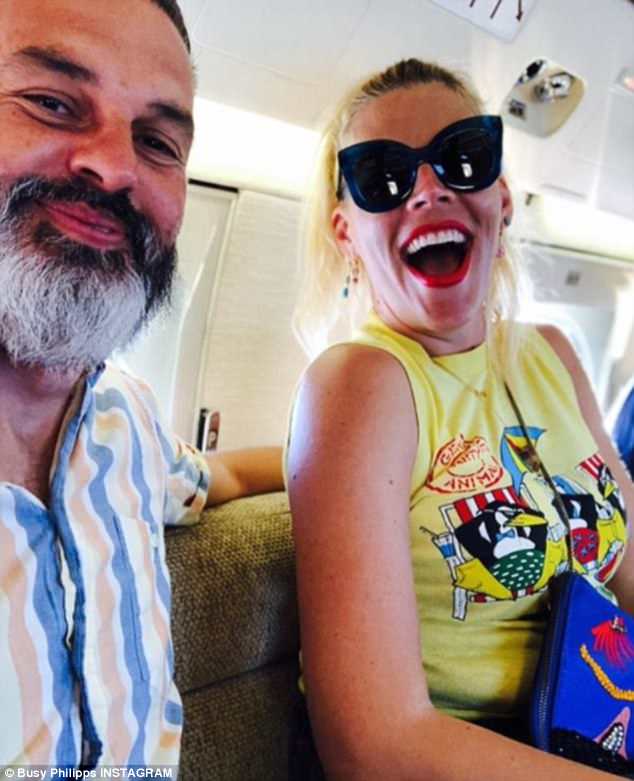 Jet set: Busy boarded a private plane with husband Marc Silverstein, 46, and gal pal called Rachel and they flew to Honolulu on the island of O’ahu 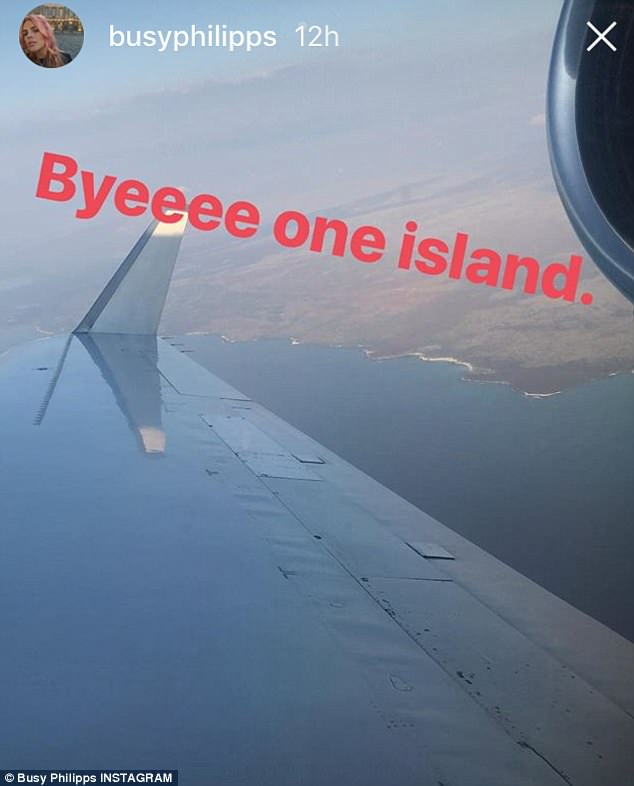 Bird’s eye view: The Cougar Town actress took this snap that she captioned ‘Byeeee one island’

‘Wish me luck,’ she said before the flight but she may have felt a little nervous as she shared a shot, captioned: ‘Sweaty upper lip for lyfe.’

The star, who was only visible from the shoulders up, was casually dressed for the outing in a yellow T-shirt with a colorful graphic image on the front and a denim jacket. Her blonde hair was styled in a high pony tail.

The duo landed safely and enjoyed dinner before hitting the gig. But they got lost backstage after going to grab drinks. ‘We literally opened a door and ended up on the streets of Honolulu,’ Busy laughed. 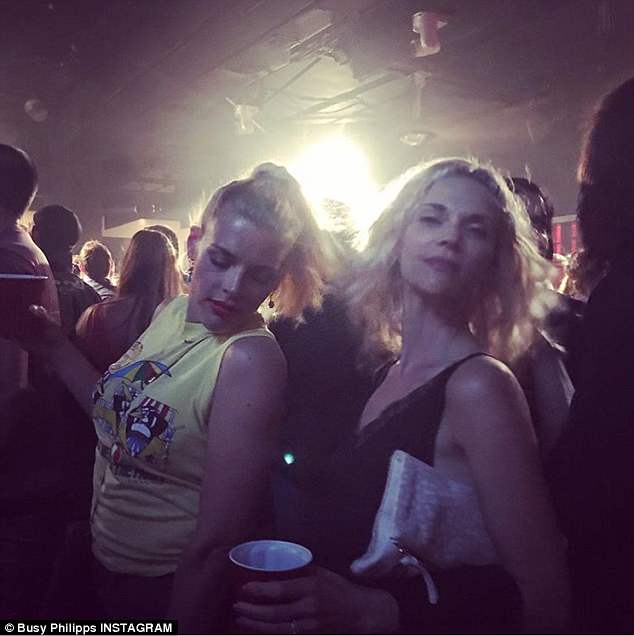 Dancing up a storm: It turns out she was going to see the Queens Of The Stone Age play in Honolulu on the island of O’ahu 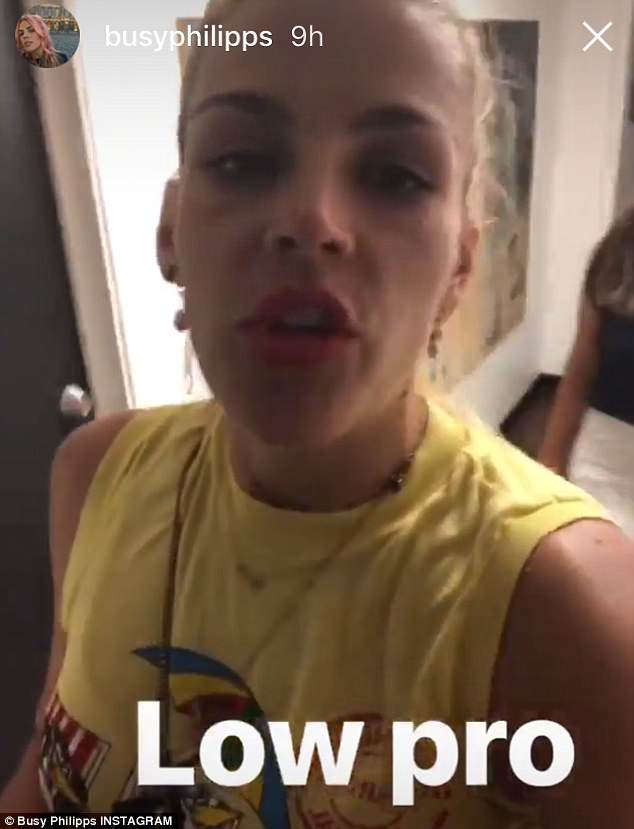 Alcohol run: At one point she and her gal pal went to find drinks that they had to keep ‘low pro’ as they were going backstage. But the couple got lost eventually finding their way 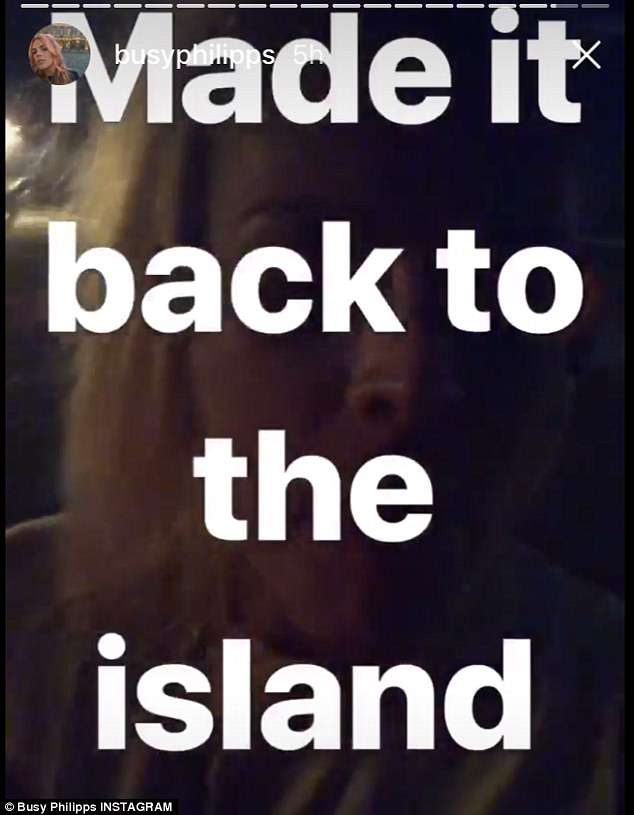 IFun evening: n a final entry the celebrity said: ‘I kinda can’t believe that we jetted to one island from this island but that’s what happens when you have friends who say, “Let’s do it!” ‘

They eventually found their way back to the stage for the rest of the gig, before being whisked back to their original location.

Busy shared their return with a snap, saying: ‘Made it back to the island.’

In a final entry the celebrity said: ‘I kinda can’t believe that we jetted to one island from this island but that’s what happens when you have friends who say, “Let’s do it!.” ‘ 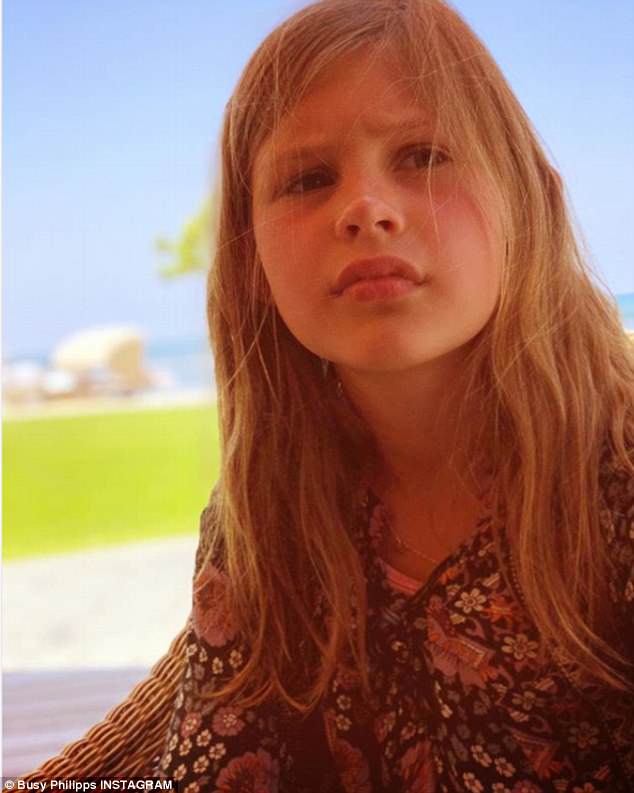 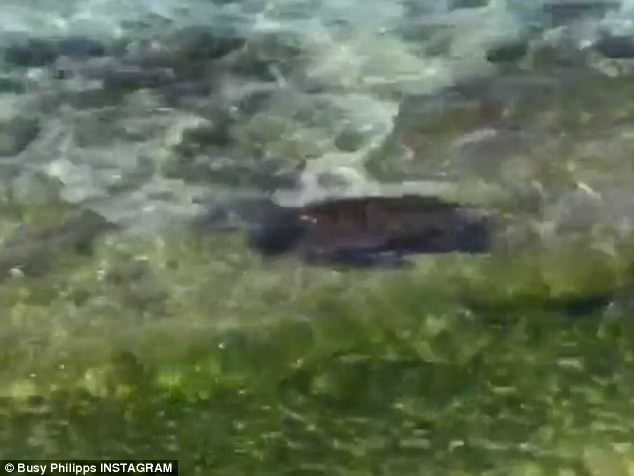 Back to nature: The celebrity shared this snap of a turtle swimming in the crystal clear sea