The ‘Butcher of Bosnia’, Radovan Karadzic, has arrived in Britain to serve the rest of his life sentence for war crimes and genocide – on the Isle of Wight.

The Bosnian Serb leader, convicted in 2016 of a string of atrocities, was flown in from the Netherlands in a maximum security operation on Wednesday, the Daily Mail can reveal.

He was then transferred to HMP Isle of Wight, better known by its former name, Parkhurst. Gangsters the Kray twins, Yorkshire Ripper Peter Sutcliffe and Moors Murderer Ian Brady all served time there.

Foreign Secretary Dominic Raab announced on May 12 that Karadzic would be accepted by the UK as part of an international deal. The 75-year-old war criminal was given a life sentence without parole and is expected to die in jail.

Lawyer Goran Petronijevic yesterday said he had spoken to Karadzic briefly on Wednesday after he landed in London. His client was ‘not in good health’ and was taking medication, Mr Petronijevic said.

The ‘Butcher of Bosnia’, Radovan Karadzic (pictured), has arrived in Britain to serve the rest of his life sentence for war crimes and genocide – on the Isle of Wight 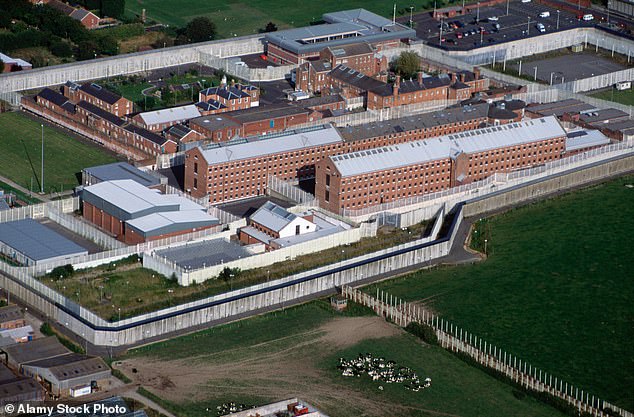 The Bosnian Serb leader, convicted in 2016 of a string of atrocities, was flown in from the Netherlands in a maximum security operation on Wednesday, the Daily Mail can reveal. He was then transferred to HMP Isle of Wight, better known by its former name, Parkhurst (pictured)

Karadzic, a psychiatrist-turned-politician, was responsible for some of the worst atrocities committed in Europe since the end of the Second World War, including the massacre of 8,000 Muslim men and boys at Srebrenica.

There are understood to have been fears of revenge attacks, particularly from Islamist terrorists for whom he would be a major target, if he had been placed in a mainstream jail.

HMP Isle of Wight appears to have been chosen because of the reduced threat posed by the rest of its inmates. A jails watchdog report in 2019 described the Category B prison as being ‘predominantly for sex offenders’.

It added: ‘Forty per cent of the population were over 50 years old and a significant proportion of these prisoners were elderly and sometimes frail.’ 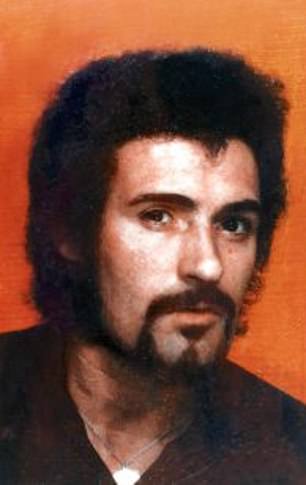 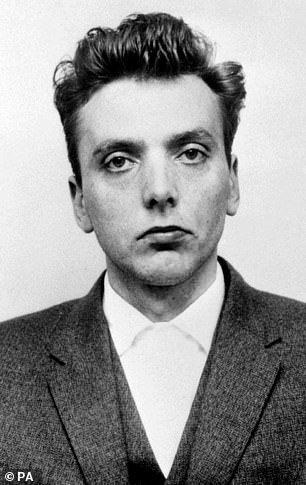 Karadzic was once the world’s most wanted man. Following the end of the Bosnian war, he evaded justice for over a decade before he was finally arrested in 2008 in the Serbian capital Belgrade.

He was working as a doctor of alternative medicine under an assumed name, wearing his long, white hair in a plaited top-knot.

Karadzic was convicted of genocide and crimes against humanity in 2016 at the International Criminal Tribunal for the former Yugoslavia (ICTY) in The Hague, and sentenced to serve 40 years, later increased to life.

Prisoners convicted by the United Nations’ ICTY are distributed between member states. Before arriving in Britain Karadzic was being held at a UN detention centre in a Dutch prison. 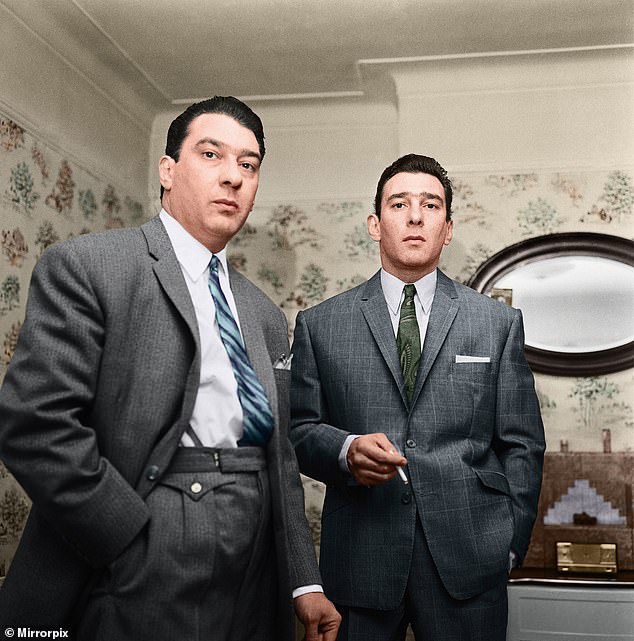 The Kray Twins are pictured at an east London flat. They served time in Parkhurst

It was effectively Britain’s turn to take responsibility for enforcing the sentence of the court. The average cost of housing a Category B prisoner is around £30,000 a year but is likely to cost the British taxpayer more for a high-profile inmate such as Karadzic.

Mr Raab said this month: ‘Karadzic is one of the few people to have been found guilty of genocide.

‘He was responsible for the massacre of men, women and children at the Srebrenica genocide and helped prosecute the siege of Sarajevo with its remorseless attacks on civilians. We should take pride in the fact that, from UK support to secure his arrest, to the prison cell he now faces, Britain has supported the 30-year pursuit of justice for these heinous crimes.’

As a young Foreign Office lawyer, Mr Raab worked in The Hague from 2003 to 2006 on the establishment of an international tribunal which eventually brought Karadzic to justice.

HMP Isle of Wight comprises two sites, Albany and Parkhurst, which were previously run as separate jails. In its previous guise, Parkhurst – a former military hospital which became a prison in 1863 – was one of Britain’s toughest jails. The other site, Albany, was constructed in the 1960s. Glam rock star Gary Glitter, real name Paul Gadd, has spent part of his 16-year sentence for child sex abuse at HMP Isle of Wight.