Buttigieg swipes at the UK over MEGXIT, saying he’s ‘proud’ of US system – despite having a Brit dad

Democratic presidential candidate Pete Buttigieg waded into the Megxit drama on Thursday, taking a swipe at the UK and its royals – noting that he is ‘proud’ to be part of the American system removed from family drama.

Speaking to crowds during a campaign town hall meeting in Emmetsburg, Iowa, the former South Bend Mayor said: ‘I don’t know if you’ve been following the news about the royal family. I was thinking how through most of human history the process of deciding who was going to govern a country or a people involved family, involved inheritance, involved a lot of murder and mayhem.’

He added: ‘Here in the United States, in modern times, it involves something different. It involves the process of deciding where our country will be headed and where our government will be headed involves coming to communities, looking people in the eye, and asking them to caucus for you, and explaining why.’ 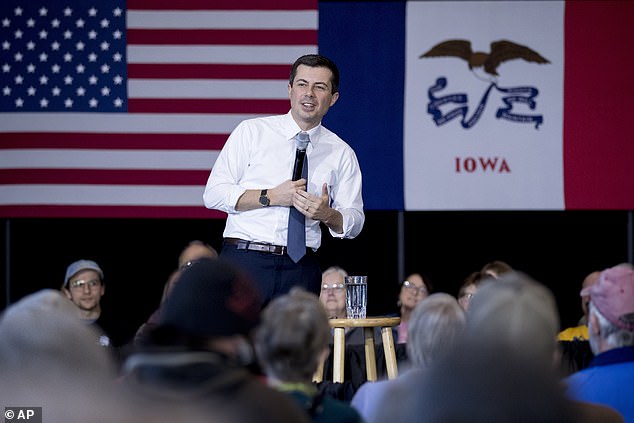 The presidential hopeful waded into the Megxit drama, taking a swipe at the UK that he is proud to be part of the American system for ‘deciding on the future of our country’

‘I think, in our troubled and turbulent times, it’s good to remember that that is a much better way of deciding on the future of our country, rather than what most of human history has been about, and I’m proud of to be a part of this process with you,’ he added.

The presidential hopeful’s jibe at the UK came despite the fact that his father was born in Malta when it was a British colony, he attended an English university and belongs to an Episcopalian church.

His father, Joseph Buttigieg, was born in Malta in 1947, when the country was a British colony, before he became a US citizen in 1979.

At 23, Buttigieg chose to study politics, philosophy and economics as a Rhodes Scholar at Oxford University in England – an experience credited with helping to shape his political agenda. 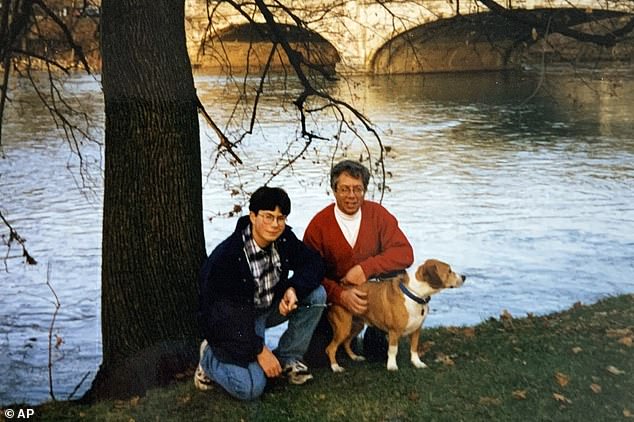 Buttigieg’s digs come despite the fact he is the son of a British national. Joseph Buttigieg (pictured right next to Pete in 1995), was born in Malta in 1947, when the country was a British colony 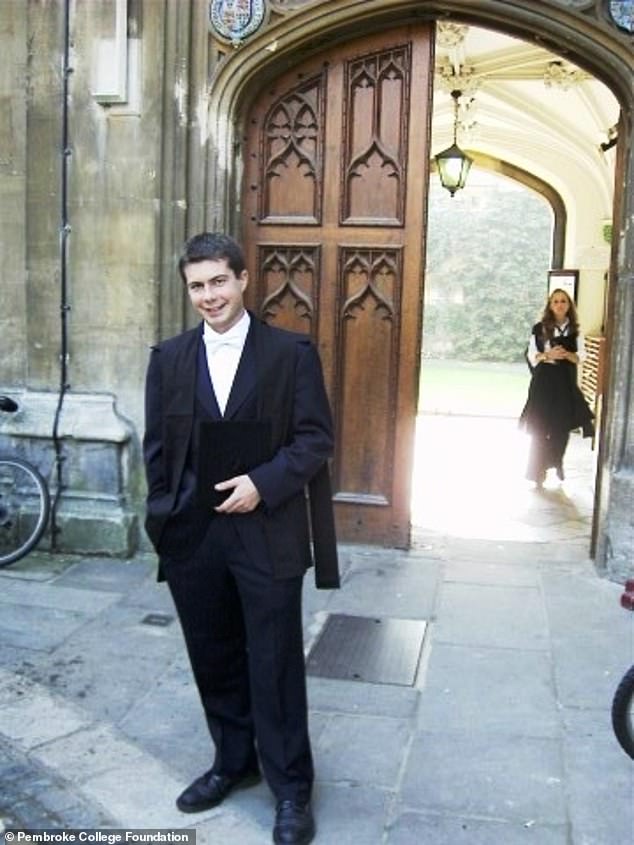 Buttigieg (above) in 2005 during his student days outside the Pembroke Lodge, Oxford University. The presidential candidate studied politics, philosophy and economics in England where he co-founded the debate group the Democratic Renaissance Project

Friends from his time there have told how he was a co-founder and member of the Democratic Renaissance Project, an informal debate group of about a dozen Oxford students.

Buttigieg also goes to an Episcopalian church – an Anglican Christian denomination founded in the 19th Century in London.

His address to Iowan voters came on the same day as Prince Harry’s likely last job as a senior royal before he emigrates to Canada.

The prince raced through Thursday’s launch of the 2021 Rugby League World Cup – dodging any questions about his future at a highly-orchestrated Buckingham Palace event, his first since he and Meghan quit last Wednesday.

The Queen had revealed in a deeply personal statement that she had agreed for Harry and Meghan to begin a ‘new life’ as an ‘independent’ family, a move which Meghan is understood to have pushed for just 20 months after their wedding.

Prince Harry is expected to remain in the UK into early next week to hammer out the details of this unprecedented arrangement before heading back to join Meghan and Archie in Canada where they have been staying at the £10.7 million mansion where the family spent Christmas.

The Queen is said to have pressed for her officials find a solution to this abdication crisis within days, however, royal experts say it will take far longer.

The Queen had written in her statement: ‘These are complex matters for my family to resolve, and there is some more work to be done, but I have asked for final decisions to be reached in the coming days.’

There was speculation she had been barred from dialing in on the meeting from Vancouver for security reasons, however Palace sources have said the Sussexes decided themselves ‘it wasn’t necessary for the duchess to join.’

The security bill alone for the Sussexes is estimated at around £1million per annum, meanwhile Harry is thought to draw a salary somewhere in the region of £2.3million each year from his father’s estate, the Duchy of Cornwall.