Cabinet at war over the rule of six: Almost every minister on committee argued against stringent ban

He faces a fierce Tory backlash over the contentious ‘rule of six’ that bans gatherings of seven or more from Monday.

A string of senior ministers opposed the measure at a crunch meeting, with Chancellor Rishi Sunak among those to speak out.

A Cabinet source said the rule of six was opposed by every member of the Prime Minister’s coronavirus strategy committee on Tuesday apart from Matt Hancock. The Health Secretary is said to have driven the decision, supported by Chief Medical Officer Chris Whitty and Chief Scientific Adviser Sir Patrick Vallance.

‘Everyone apart from Hancock wanted to set the limit on groups at eight or more,’ the source said.

‘Even the PM was initially cautious about taking the limit all the way down to six. The majority view was that this level of social distancing will have a huge impact on people’s lives and the economy. But Hancock got his way.’

Announcing the crackdown on Wednesday, Mr Johnson insisted it was needed to keep virus cases under control even though it ‘broke his heart’ to keep families apart.

Boris Johnson’s Covid clampdown has divided his Cabinet, it has emerged 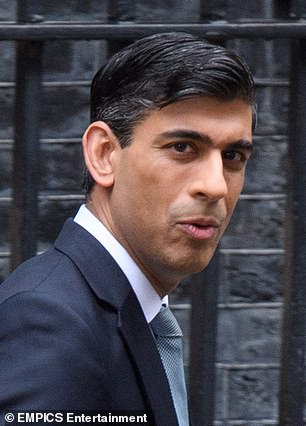 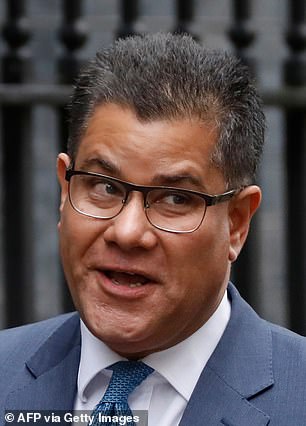 Downing Street last night denied the Prime Minister had been steered into the decision by Mr Hancock and the scientific advisers. ‘The PM wasn’t talked round by anyone,’ said an insider.

But multiple sources confirmed that ministers on the high-powered committee had disagreed about how far to cut the 30-person legal limit on gatherings. ‘I wouldn’t characterise it as a row, but it’s fair to say there was a vigorous debate,’ said one.

Medical students will be prioritised for face-to-face teaching amid local coronavirus outbreaks, the Government revealed yesterday.

Universities should only retain in-person provision for ‘priority courses’ if there is an upsurge in the disease with online learning increased in other subjects.

And students must not return to their family home if stricter measures become necessary to curb the spread of the virus.

The updated guidance – published yesterday – comes as thousands prepare to return to campus for the start of term.

Jo Grady, of the University and College Union, called the advice, which included using outdoor space during teaching, ‘confusing, expensive and, at times, silly’.

Mr Sunak is said to have pushed for the limit to be at least eight and Business Secretary Alok Sharma is thought to have argued for a higher figure. Transport Secretary Grant Shapps is also said to have raised concerns. A source close to Michael Gove denied claims that he wanted the limit at eight.

The clampdown row came as:

The rule of six has angered MPs, alarmed business and put hopes of a traditional family Christmas on hold. It replaces a raft of complex guidelines and laws which police said were impossible to enforce. The new rule means groups of more than six people can be broken up by police, who will have the power to hand out £100 fines.

The law applies indoors and outdoors, including in private homes. Only workplaces, schools and a small number of events such as weddings and funerals are exempt. 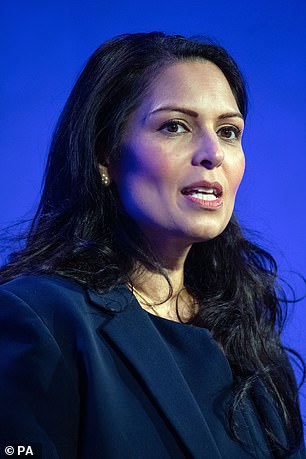 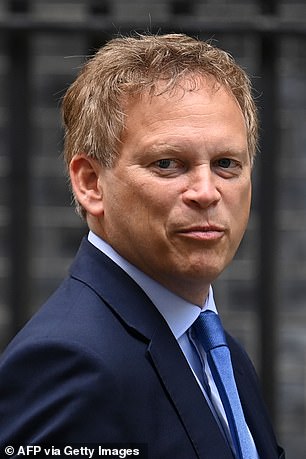 Children are included in the rule, making most family get-togethers impossible. A source close to Mr Hancock last night said it was ‘wrong to say he was the main driver’ of the clampdown. An ally added: ‘He believes the worst thing you could do to the economy is let this virus get out of control again.’

Judge hits out at trial delays

A judge said he came under ‘improper’ pressure to keep alleged criminals – who have waited months for a trial – in jail.

Judge Keith Raynor publicly criticised the Government last month when he ordered a suspected drug dealer to be released from jail while awaiting trial.

Earlier this week he said not enough had been done to make sure trials are heard more quickly. Judge Raynor said his superior at Woolwich Crown Court put him under pressure by highlighting to him advice on plans to make up the backlog of cases in the criminal courts.

He said he was ‘subjected to improper and undue influence’ – and has now been removed from a hearing on custody time limits. Justice Secretary Robert Buckland this week extended the time that a suspect can be held before trial to eight months.

A source close to Mr Sharma played down reports he had fought the rule of six, saying he accepted the decision. Treasury sources said the Chancellor supported the restriction. But both men are known to have repeatedly pushed for a faster reopening of the economy in a bid to head of the risk of an even deeper recession.

Ministers fear that without tight restrictions now the epidemic could spiral out of control again.

A Government source said: ‘We are four weeks behind France. They didn’t take strong enough measures immediately and now they are screwed. We are not going to let that happen here.’

Tory MPs yesterday voiced their frustration over the setback to the recovery. Former minister Steve Baker said the ‘authoritarian reaction’ was disproportionate to the danger posed by a recent spike in Covid-19 cases.

Business also raised concerns. Mike Cherry of the Federation of Small Businesses said: ‘This fresh round of responsibilities will take time, money and manpower away from day to day business activity at an incredibly challenging time.’

Expert advisers have deep and very specific areas of knowledge, but can only offer a selective view of the facts – in this case a recent and modest rise in coronavirus infections in young people – to ministers.

The ultimate decision, based on a balanced assessment of the competing opinions, has to be a political one that convinces the public.

And I am afraid that the ‘Hands Face Space’ slogan, crowned with the Rule of Six – a ban on gatherings of more than six people indoors or outdoors – fails miserably on that count.

Of course it is much safer for 20 people to meet, socially-distanced, in a park than have six people gathered in a crowded living room – but the new restriction makes no provision for this.

It is illogical and merely invites ridicule and disobedience from an increasingly sceptical and weary public who are confused and disillusioned by repeated stop-start initiatives, be it testing or quarantine or a return to the workplace, over the past six months.

And certainly the latest gimmicks do nothing to address the fear factor that holds so many in its grip.

Yet what an opportunity Boris Johnson had to change the mood of the nation on Wednesday night as he addressed us from the Downing Street lectern.

First, he might have saluted school teachers for coming together to end the social isolation of millions of children and kick-start their education again.

This is a crucial step forward in safe-guarding the mental health of children whose short lives have been upended in 2020.

Next he should have urged university and college students to start the new term with optimism.

Then he should have acknowledged that uptick in infections (as you’d expect when people start to mingle again) in the healthy young who are largely invulnerable to coronavirus, while emphasising another critical statistic: last week ten times as many people died in England of flu and pneumonia as of Covid.

Fourthly – and I speak as a cancer specialist – I would have rejoiced to hear the Prime Minister acknowledge the tens of thousands of people out there who, because of the impact of Covid-19 on routine NHS screening programmes and the restrictions under which many GP surgeries are operating, are failing to seek diagnosis or treatment for worrying symptoms.

For be in no doubt, these are the next wave of Covid-19’s collateral damage.

I wish Mr Johnson had told the nation to cajole or bully our loved ones to demand to be seen by their GP, via Zoom if necessary – because that really will save lives.

I doubt that the Rule of Six will make any material difference to the reinfection rate, but one thing is absolutely certain. Thousands more people will die in the coming months and years because of undiagnosed cancers, cardiac disorders and other treatable conditions than will succumb directly to Covid-19.

And the lack of urgency – acknowledgement – surrounding this growing crisis makes me truly despair.

The rationale of the initial lockdown was to ‘Protect the NHS’. Well, the NHS coped fine, essentially by shutting itself down to all but Covid admissions, A&E, and maternity care.

But we ignored the human health cost of this, and it will be very high indeed.

Basic modelling predicts at least 30,000 extra cancer deaths as a result of the hobbling of the UK’s diagnostic services. Take prostate cancer: as the Mail reported this week, referrals have halved since lockdown began.

As for routine bread and butter operations, it will take years for the NHS to recover, if ever. Waiting times for knee and hip replacements are the longest in 12 years, with 2.15million patients on the lists.

The trends are even more terrifying in cardiac care. Figures suggest a nearly 50 per cent drop in the number of heart attacks in the UK in the first three months of the shutdown.

This would be a jaw-dropping figure if it were true, but unfortunately it is not. What it really means is that thousands of people who suffered symptoms of a heart attack at the milder end of the spectrum were too scared to go to hospital for treatment.

If you are not treated for a mild heart attack, you might convince yourself you’ve recovered, but your heart muscles will have been weakened. You are much more likely to suffer gradual heart failure and sudden death in the next couple of years.

Psychologically, the fundamental problem with the Rule of Six is that it reverses the tide towards the return to normality which, as a nation, we desperately have to cling to.

Worst of all, it undermines any effort to get people back to work, particularly via public transport. Any sensible person will wonder how it can be safe to get on a busy bus or train if it is deemed dangerous to gather their extended family in their own home.

And as for the ‘moonshot’ mass population testing plan, well I wish I could get excited about it.

There is one obvious problem here. Even if it can be achieved, testing on this level will throw up hundreds of thousands of false positive results, which would require those people, plus all their contacts, to self-quarantine. This is impractical, and will not happen.

I worry that Boris and his ministers and advisers have squandered so much political capital with policy shifts, U-turns, meaningless slogans and gimmicks that the nation – and especially young people – are beginning to dismiss everything they hear.

People will even stop obeying the sensible rules, like handwashing, wearing a mask in public and keeping a distance. I am currently on holiday in North Wales and I noticed when I went out for curry last night that an implausible number of people had registered under the name of Smith in the restaurant’s test and trace book.

This open defiance, I suspect, will become the norm, and the plan to employ Covid Marshals to enforce restrictions will, I fear, bring the authorities into further ridicule.

This Government has been very successful in the business of spreading fear about Covid, but in not much else.

What people desperately need now is belief that things can, and will, get back to a state of being that they recognise. Above all, they crave that most human of emotion – a sense of hope.

n Karol Sikora is professor of medicine at University of Buckingham Medical School and Chief Medical Officer at Rutherford Health.