Neymar should forget about the Real Madrid rumours and concentrate on winning the Champions League with Paris Saint-Germain, according to Brazilian legend Cafu.

Although Neymar only joined PSG from Barcelona for a world record £198million last August, he is already being linked with a move to the Bernabeu this summer.

In the meantime, the 26-year-old Brazil star will try and help the French side to their ambition of lifting Europe’s premier trophy. 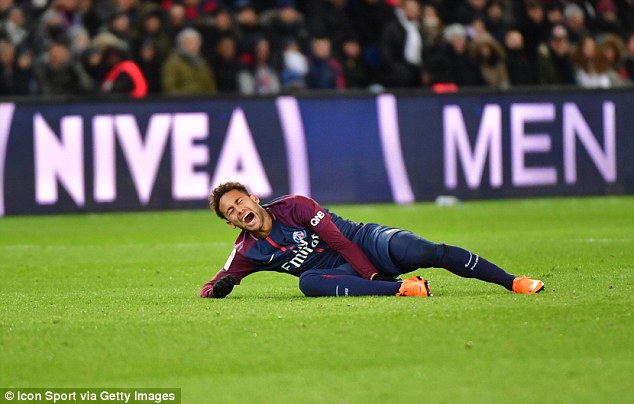 The Brazilian star suffered a fractured foot during the game, making him a doubt for the second leg of PSG’s Champions League tie with Real Madrid on March 6 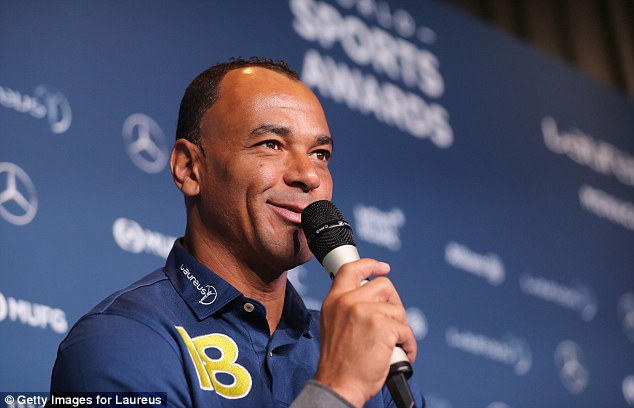 But in order to do that, they need to overturn a 3-1 first leg deficit in their last-16 tie with defending champions Real Madrid.

And Neymar could well be absent from the second leg at the Parc des Princes on March 6 after suffering a fractured foot in PSG’s 3-0 win over Marseille at the weekend.

Cafu was asked about the Neymar to Madrid rumours at the Laureus Sports Awards in Monaco and said: ‘That’s Neymar’s decision. I can’t decide for Neymar, or give him advice on such a situation.

‘He’s just left Barcelona to go to PSG. He knows very well how important he is to world football, but at the end of the day it’s his decision.

‘There are difficult moments in your life. Only Neymar knows what’s happening. He’ll know what’s better for him, if it is to stay at PSG or to go to Real Madrid.

‘Whatever he decides, it will be respected because of what he stands for in football, at the international level.’ 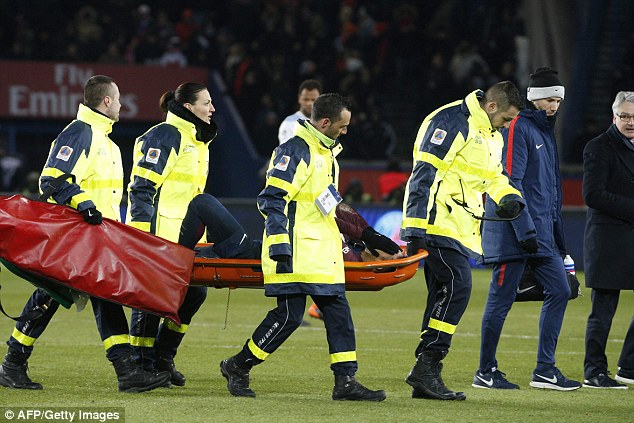 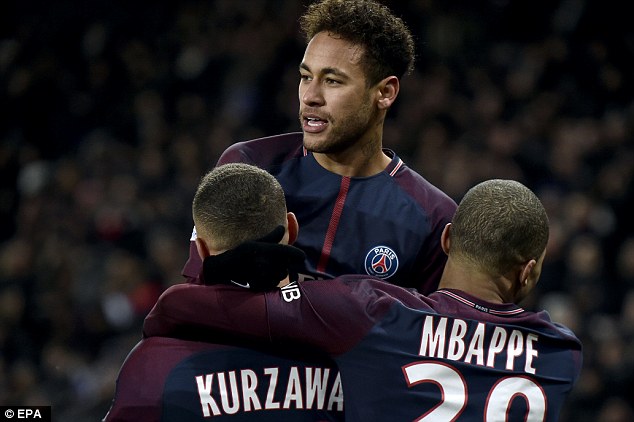 Cafu added: ‘A high-class player can play any place in the world. No matter the league. It has to do with professionalism and responsibility of the player to want to develop himself and play.

‘Nowadays, it’s clear that Ligue 1, that didn’t use to be so watched around the world, is being watched and talked about. The proof is that here today we talked more about Ligue 1 than about other leagues. So, a big star in a league that didn’t have this visibility makes it to be more known worldwide.

‘Neymar is doing this and his aim, no doubt, was Champions League, because PSG didn’t have the opportunity to win it yet. With Neymar, they can do it.’

Neymar won the Champions League with Barcelona in 2015 and will be keen to replicate that success this season, having already scored 29 goals for PSG.