Cody Coffman’s father Jason confirmed his 22-year-old son was among the 11 dead victims.

The distraught father rushed to the bar after hearing news of the shooting and calls to his son’s cellphone went unanswered. Jason used a tracking app on his son’s phone and it indicated the device was still inside the venue.

He said he spoke to his son just before he went to the bar Wednesday night. 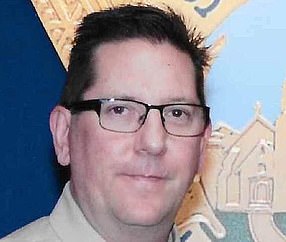 Cody had plans to go into the military and was speaking with U.S. Army recruiters.

Ventura County Sheriff’s sergeant Ron Helus, 54, was first on the scene of the shooting on Wednesday night.

Helus was shot multiple times as he and a California Highway Patrol officer exchanged fire with the gunman inside the bar. 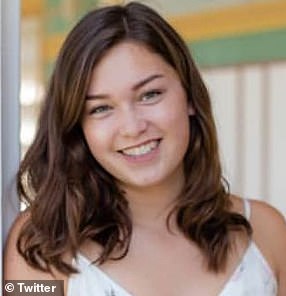 He was a 29-year veteran of the department. He was speaking to his wife Karen when he received the call about a mass shooting.

Alaina, the niece of actress Tamera Mowry-Housley and her husband Adam Housley, also died in the shooting.

Her suitemate at Pepperdine University had earlier posted photos on Twitter saying that the freshman was missing.

Alaina’s Apple Watch and iPhone appeared to still show her location as inside the bar. She was at the bar with several friends who have all been accounted for.

‘My heart breaks. I’m still in disbelief,’ Mowry-Housley wrote in a tribute to her niece on Instagram.

‘It’s not fair how you were taken and how soon you were taken from us. I was blessed to know you ever since you were 5. You stole my heart. I will miss our inside jokes, us serenading at the piano.

‘Thank you for being patient with me learning how to braid your hair, and I will never forget our duet singing the national anthem at Napa’s soccer game. 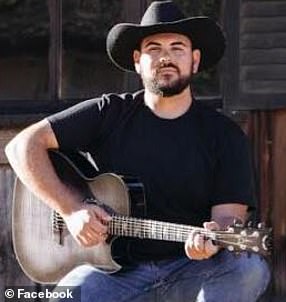 Justin Meek was identified as one of the slain victims by his family and his former college.

The 23-year-old, who was a recent graduate of California Lutheran University, worked at the Borderline Bar and organized the college night event.

Meek is believed to have heroically saved lives as the shooting unfolded, according to university president Chris Kimball.

During college, he worked in the school’s veteran resource office and often worked with the Veterans Club to plan events and help veteran students.

He planned to join the US Coast Guard.

‘Justin was a criminal justice and criminology major who had a passion for doing what was right,’ Jenn Zimmerman, Cal Lutheran’s veterans coordinator, said in a statement.

‘I’m not shocked he took action to protect the people at Borderline.’

Sean Adler, 48, was working as a bouncer at the Borderline Bar & Grill when he was killed.

He was a wrestling coach who had only recently opened a coffee shop in the local area.

Noel Sparks, a 21-year-old student at Moorpark College, was also confirmed dead. The United Methodist Church in Westlake Village, of which she was a member, posted condolences to her parents on Facebook.

Sparks’ friends had been in tears throughout the day as they desperately searched for her in the aftermath of the shooting.

Blake Dingman, 21, was identified by his girlfriend as a victim of the mass shooting.

‘My sweet Blake… my heart is hurting more than words can say. I cannot believe you’re gone. I am so grateful for our little infinity and all of our deep talks, cuddles, late nights, and adventures,’ she wrote in a tribute.

‘I am so incredibly grateful for every moment we spent together. God brought us together for a reason and I will hold our memories in my heart forever. I love you with all of my heart my sweet boy and my angel.’ 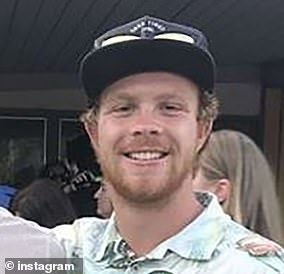 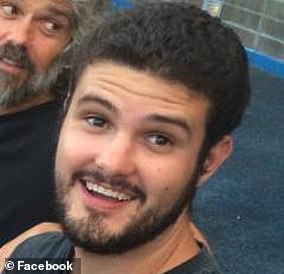 Borderline employee Telemachus Orfanos was also among those confirmed dead.

Orfanos was an Eagle Scout who served in the Navy. Friends said that he was a survivor of the Route 91 Harvest Festival shooting massacre in Las Vegas last year, in which 58 died.

Survivors of the Las Vegas shooting regularly gathered in the Borderline bar for country music night as a way of offering mutual support and healing.

Morisette worked as the cashier at Borderline Bar and Grill. Family members confirmed that she died in the shooting. 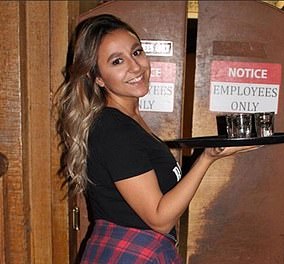 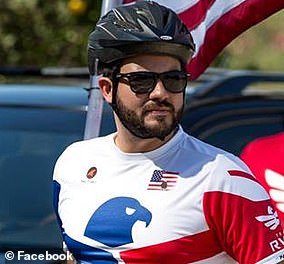 Manrique, 33, was a Marine veteran.

‘He had spent his entire adult life, post military service, helping veterans readjust to civilian life and had just recently accepted a position with Team RWB as the Pacific Regional Program Manager,’ family member Gladys Manrique Koscak wrote in a tribute on Facebook.

‘I have no doubt that he died a hero, shielding others from gunshots. He will forever be our hero, son, brother, and the best uncle anybody could ever ask for,’ she said.

Jake was among the missing for hours.

His distraught father kept calling his cell phone after learning about the shooting and grew increasingly concerned when there was no answer.

‘It just keeps ringing out. And he always answers his phone,’ he said on Thursday.

He is thought to have been at the bar with Dingman, who was his friend. 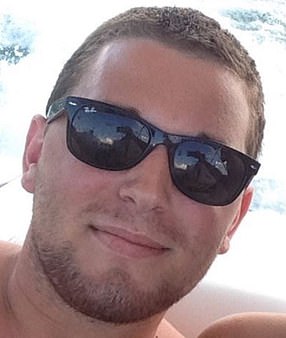 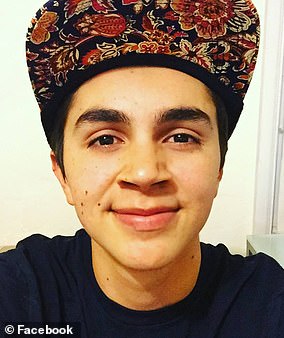 Marky, 20, worked at Borderline as a bus boy and food runner. He grew up in Santa Barbara.

‘Marky was a loving and wonderful young man who was full of life and ambition.

‘His family is devastated by his loss. Marky would have turned 21 on November 19.

‘His family asks for peace and respect at this time to allow them to grieve privately,’ they said in a statement.