While the U.S. Food and Drug Administration (FDA) still reviews data on whether to approve COVID-19 vaccine boosters for all American adults, some local governments are taking matters into their own hands.

California, Colorado and New Mexico have all green lit the roll out of the boosters for all adult residents, even if they do not meet eligibility requirements set by the FDA.

New York City also made a similar decision on Monday as well.

Currently, all Americans aged 65 or older, with serious comorbidities or with a job that puts them at risk of exposure to Covid are eligible for the jab, though Pfizer soon hopes to get authorization for all adults for its booster.

California, Colorado, New Mexico and New York City are all expanding Covid booster shot eligibility in their state to any resident over the age of 18. Currently, only people 65 or older, those who have a serious comorbidity or have a job that puts them at risk of being exposed to the virus are eligible for the shots. Pictured: A woman in Los Angeles, California, receives a shot of a COVID-19 vaccine on November 3

Cases remain steady in California, returning to around 6,000 new positive tests reported a day after a slight spike in cases in at the end of October.

The nation’s most populous state was not hit as hard by the summer Delta COVID-19 surge as many others, though it has recorded more than five million cases and 73,000 deaths since the pandemic began in March 2020.

Around 62 percent of Californians are vaccinated, putting the state ahead of the national pace of 58 percent.

Dr Mark Ghaly, secretary of the state’s Department of Health and Human Services, said that the move by his state was not breaking federal guidelines.

‘We know that a number of Californians work in crowded public settings,’ Ghaly said, last week, according to Fox News.

‘Because of your work-related risk or even you live with people who have underlying conditions (and) are at higher risk themselves, or you’re a member of a community that’s been ravished and hard-hit by COVID … it’s permissive by the CDC and the FDA to go ahead and get the booster.’ 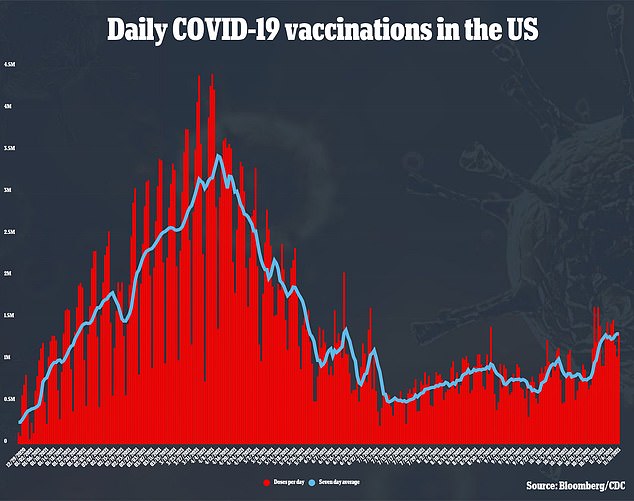 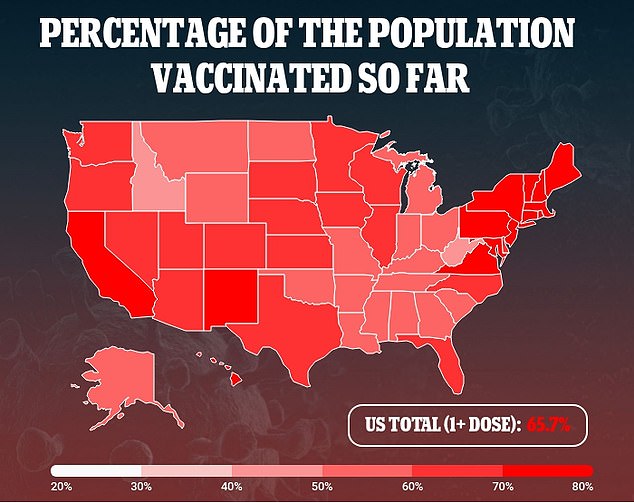 Californian officials are still recommending providers to prioritize boosters for people working or living in nursing homes and other facilities, as they are still the priority group.

The most populous city in the U.S., New York City, followed California’s lead on Monday.

Dr Dave Chokshi, the city’s health commissioner, announced that adults are now allowed to determine for themselves if they need a booster, no matter eligibility requirements.

‘Clinicians should allow adult patients to determine their own risk of exposure based on their individual circumstances,’ Chokshi said at a press briefing.

‘In practice, this means that providers should not turn a patient away if they request a booster.’

The move comes after slight uptick of cases in the city at the start of November, combined with the weather getting colder – which has proceeded massive Covid surges in other areas of the country.

Like the officials in California, Chokshi argues that opening the booster shot to all adults is not a diversion from FDA regulations, as adults can decide for themselves if they suffer from one of the risk factors.

Per official data from the city’s Department of Health, 68 percent of residents are fully vaccinated. 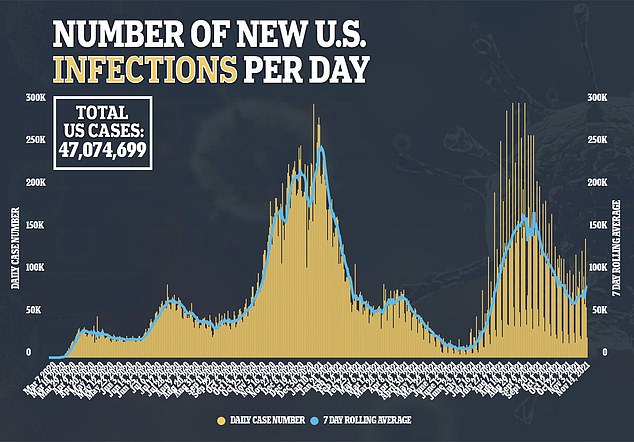 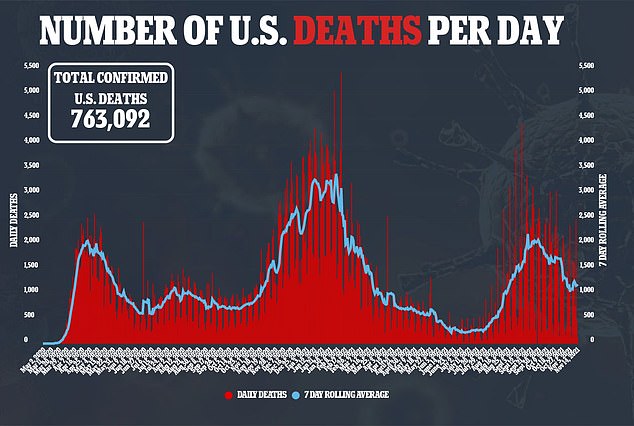 New Mexico is currently one of the states suffering the largest surges of cases in the country, with cases rising 48 percent from around 900 a day at the end of October to over 1,400 two weeks later on November 14.

On Friday, Gov Michelle Grisham signed an executive order opening eligibility of booster shots in her state to all adults.

Some hospitals in the state are having trouble dealing with the recent uptick in cases, pushing Gov Jared Polis to issue an executive order for booster shots on Thursday.

‘We wouldn’t even be here talking about this if everyone was vaccinated,’ Polis said at a news conference.

‘If you are not vaccinated, you’re going to get COVID. Maybe this year, maybe next year.’

Pfizer has submitted data to the FDA in a bid to have their booster shot authorized for all Americans over the 18.

The agency has not yet scheduled a date for discussion of the booster’s fate. 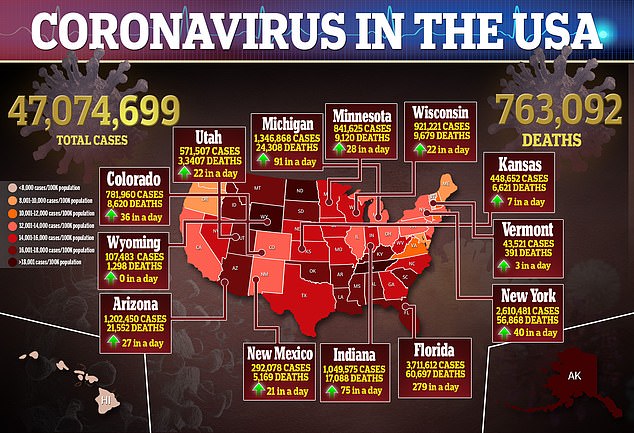