Sen. Dianne Feinstein failed to win the official endorsement of the California Democratic Party as she seeks her fifth term in Washington, but her supporters say it won’t hurt her with a broader swath of voters.

Party activists were more eager to back her primary challenger, state Senate leader Kevin de Leon, who is crafting himself as a fresh face with stronger progressive credentials.

However, he too failed to earn the 60 per cent support he needed to win the endorsement. 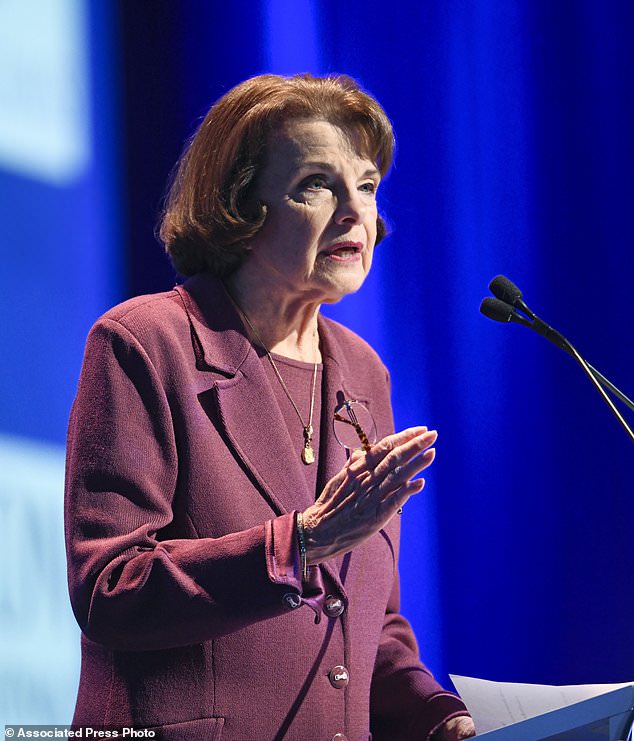 Sen. Dianne Feinstein didn’t attract the 60 per cent of delegate support needed to get her party’s official endorsement going into the June Democratic primary 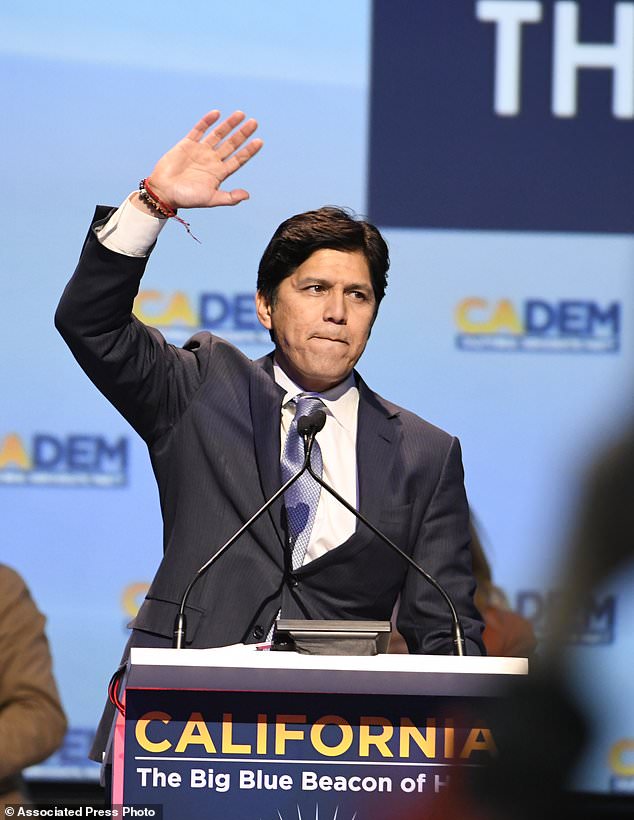 Sen. Dianne Feinstein’s challenger, Senate President Pro Tem Kevin de Leon, didn’t get the 60 per cent needed either to get the endorsement of the party going into the Democratic primary 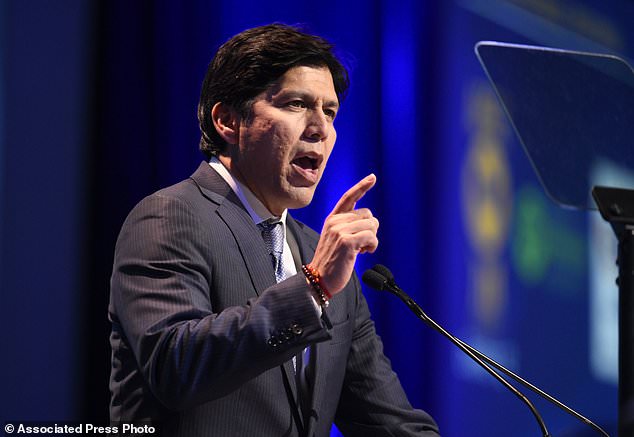 That means neither candidate will get the party’s seal of approval or extra campaign cash leading into the June primary.

The decision came from more than 3,000 activists gathered for the party’s annual convention this weekend, an event aimed at generating enthusiasm for the midterm elections.

None of the four Democrats running to succeed Jerry Brown as governor secured an endorsement either.

For Feinstein, it’s the first time she’s failed to win the party’s backing since her first successful U.S. Senate campaign in 1994.

But she also has never faced a credible primary challenger.

This time around, there’s no Republican running in the contest, meaning a showdown between de Leon and Feinstein was likely from the start.

The top-two primary system in heavily Democratic California allows the two highest vote-getters to advance to the general election regardless of party identification.

Feinstein backers downplayed her failure to win the party endorsement, saying she remains popular among the wider California electorate and has millions of dollars needed to run a successful campaign.

De Leon called it ‘an astounding rejection of politics as usual’ and a boost to his campaign’s momentum.

He didn’t appear to lose support at the weekend gathering despite a sexual misconduct scandal at the California Capitol, under de Leon’s leadership.

De Leon had called for him to be expelled.

The battle between Feinstein and de Leon underscores Democratic Party tensions still simmering after the 2016 election.

Feinstein, the so-called establishment pick, touted her long record in Washington and seniority on important committees as a benefit to California.

She also highlighted her track record fighting for a ban on assault weapons, including her successful 1994 bill to do so, and her work to protect U.S. gymnasts from sexual assault.

‘It should never take a primary challenge for California’s leadership to stand up for California values,’ he told delegates ahead of the vote.