California man falls to his death trying to save dog

A 67-year-old man fell nearly 500 feet off a cliff to his death while chasing his dog in California’s Golden Gate Park on Monday.

The unidentified man was walking his dog near the cliffs above Thornton Beach in Daly City, California when his dog got away from him. As he gave chase, he slipped off the cliff, leading to his fatal fall.

In another tragic turn to an already sad story, the man’s dog paced and barked on the spot where the man fell, as if to signal distress.

Rescuers recovered the man at the bottom of the cliff on the beach, where he was pronounced dead on the scene.

‘The dog knows if you are hurt and sometimes with the cliff they get overstimulated and don’t know all the facts,’ says dog walker Kyle Moreno said to CBS San Francisco.

The area where the man fell is apparently a popular spot for dog walkers. 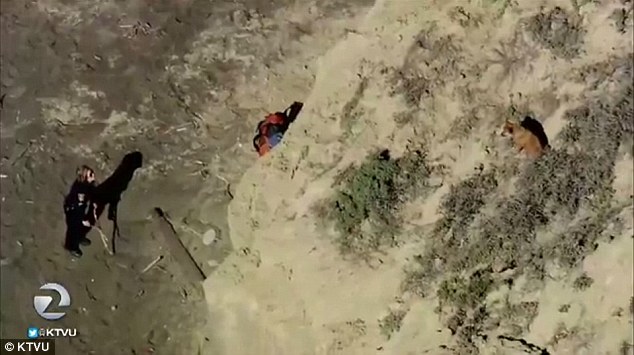 The man’s dog (above) was pacing and barking in the area where the man fell long after the incident, CBS San Francisco reported

‘Sometimes things can move around. You gotta be careful. Always be on alert because rocks can tumble,’ hiker Tedd Leblanc said. He also mentioned that the local terrain was very steep.

Rescuers reunited the dog with its family after the tragic incident.

Rangers at Golden Gate State Park said that the park doesn’t have leash laws, but advise that dog walkers use leashes.

A recovery team removes the body of the 67-year-old man as a dog looks on – the park doesn’t have laws about keeping dogs on a leash, but it highly suggests them 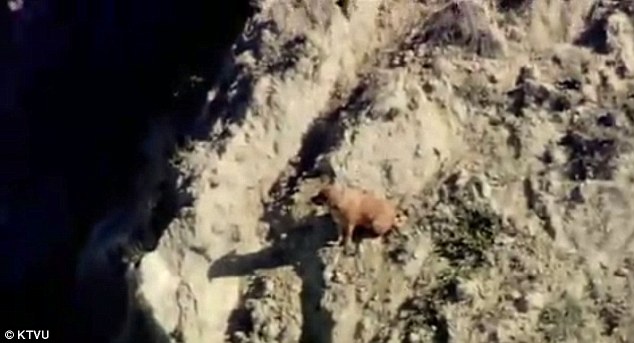