A police search of a home in Southern California didn’t just turn up illegal drugs – it also a revealed an illegal taxidermied mountain lion.

The warrant to search the house was executed on the 100 block of Grizzly Road in Lake Arrowhead, California over the weekend. Lake Arrowhead is located about 80 miles east of Los Angeles.

According to a news release put out by the Twin Peaks Sheriff’s Station, the warrant was for illegal possession of a protected animal carcass. When authorities searched the house, they found the preserved mountain lion perched above the fireplace. The mountain lion was in the custody of 55-year-old Mark Kirk, the news release said. Kirk was also found to possess four grams of crystal meth during the search. Kirk was arrested for the offenses.

Mark Kirk, 55, was arrested after a search warrant revealed him to be in possession of meth and an mountain lion’s carcass (above) – mountain lion carcasses are illegal to possess in California

While at the house, police contacted other people familiar with the property. One of the people contacted was 27-year-old Skylar Martinez, who was found to be under the influence of a controlled substance – he was also arrested.

Possession of the carcass of a mountain lion is illegal under California state law.

Kirk and Martinez were both taken into police custody without incident and transported into the sheriff’s office’s detention center.

Following the search, the authorities took possession of the mountain lion carcass – it’ll be used as evidence in the case against Kirk. 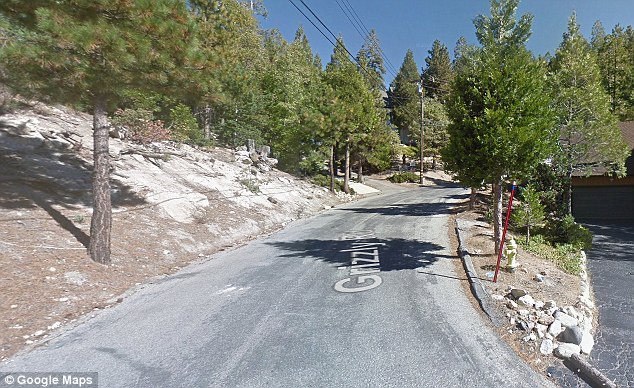 Skyler Martinez, 27, was also arrested at the home (above) in Lake Arrowhead, California for being under the influence of a controlled substance