California reaches a record-high of more than 5,000 positive coronavirus tests in a single day

California has reached a record-high of more than 5,000 positive coronavirus tests in a single day, as cases surge among the San Quentin prison population and officials say a ‘superspreader’ infected at least 12 people at a large family gathering.

The state recorded its highest number of daily new COVID-19 cases throughout the entire pandemic Monday, with 5,019 infections in just 24 hours.

The concerning tally soared past the previous record of 4,515 new cases recorded on Saturday and has taken the US’s second hardest-hit state up to 183,073 total infections.

Fears are mounting that the state could be on track for a ‘second wave’ of the killer virus as the number of COVID-19 hospitalizations steadily climbs while lockdown rules continue to ease.

California recorded its highest number of daily new COVID-19 cases throughout the entire pandemic Monday, with 5,019 infections in just 24 hours

California has reached a new high in the number of hospitalizations, with 3,868 hospitalized patients Monday, of which 1,225 were in intensive care.

Another 65 Californians were also killed by the virus Monday, taking the death toll to 5,580.

Los Angeles County continues to be the hardest-hit region, with more than 2,000 new infections recorded for the third time in the last week alone.

Another 2,542 people tested positive for the virus Monday, soaring higher than the previous record day of 2,115 new confirmed cases on Wednesday and taking the total number of cases to 85,925.

San Diego County has also beaten its own records in recent days, with more than 300 new cases confirmed for the second day in a row Monday, after a historic high of 310 Sunday.

The surge in cases across the state comes amid reports that cases are growing among the San Quentin prison population in Marin County, around a month after multiple inmates were moved there from the highly-infected California Institution of Men in Chino facility.

As of Monday afternoon, 342 inmates at San Quentin have tested positive for the deadly virus, according to the California Department of Corrections and Rehabilitation COVID-19 tracker. 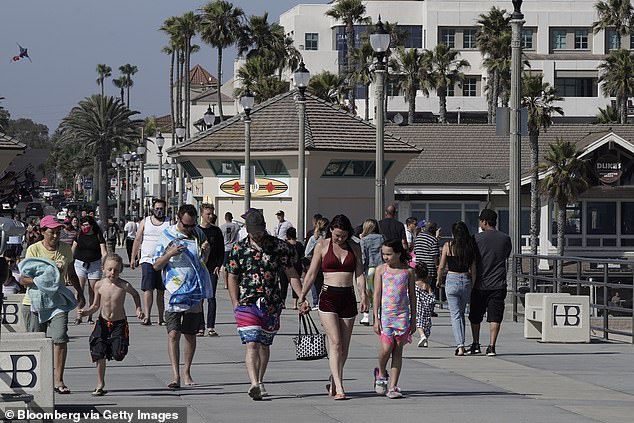 Pedestrians walk along the Huntington Beach Pier in California on June 15 as the state continues to relax lockdown rules. Fears are mounting that the state could be on track for a ‘second wave’ of the killer virus as the number of COVID-19 hospitalizations steadily climbs while lockdown rules continue to ease 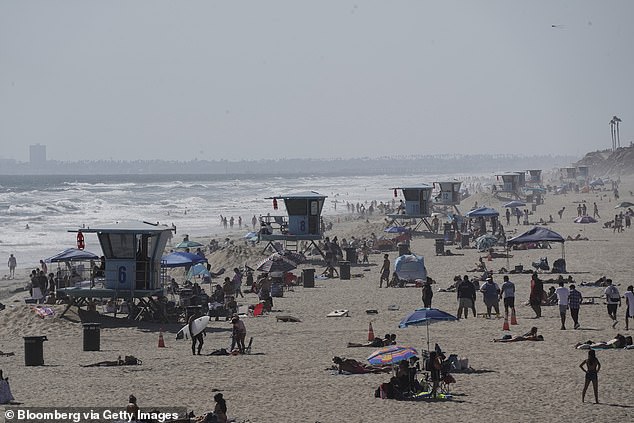 People flocked to beaches in line with the state’s reopening. California has reached a new high in the number of hospitalizations, with 3,868 hospitalized patients Monday, of which 1,225 were in intensive care

The scale of the outbreak is sparking concerns, after the figures skyrocketed in the last two weeks, with only about two dozen cases recorded just a fortnight ago.

No cases at all had been recorded in the prison until inmates were moved from Chino late May.

The inmates were moved because Chino was grappling with a major outbreak so as ‘to reduce density in living quarters and protect our most vulnerable population,’ the CDCR said.

Inmates were tested for coronavirus before being transferred, but some then tested positive after arriving at San Quentin, SF Gate reported.

However, a federal judge blasted the move of inmates between the two prisons a ‘significant failure of policy and planning’.

US District Judge Jon Tigar of Oakland said during a court hearing Friday that prison officials should transfer vulnerable prisoners to a new facility or release some inmates early in desperate efforts to save their lives as the outbreak ramps up.

Prisons have long been hotbeds for the virus since it first touched down on US soil, as a large volume of people in cramped environments creates the perfect condition for the infection to spread.

Officials have also traced a new outbreak in Shasta County back to a man who defied social distancing guidelines to attend a ‘large family gathering’ where he infected at least 12 people.

The unnamed male ‘superspreader’ in his 20s went to the party of at least 20 a few weeks back and later tested positive for the virus.

The other partygoers were told to self-quarantine by health officials and, by June 21, 12 had also tested positive with most showing symptoms for COVID-19. 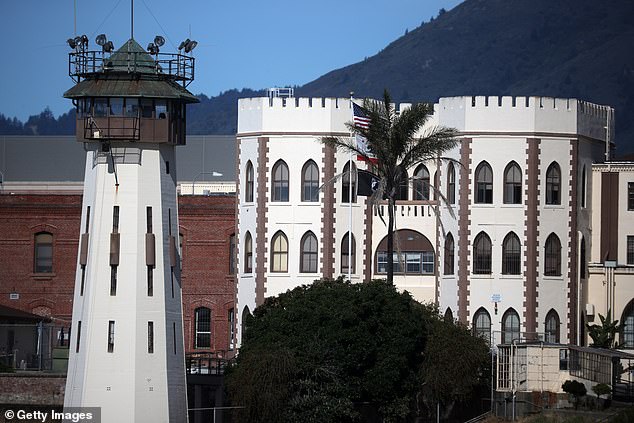 Cases are growing among the San Quentin prison population in Marin County (pictured), around a month after multiple inmates were moved there from the highly-infected California Institution of Men in Chino facility

Large indoor gatherings continue to be banned under the state’s stay-at-home order.

Numbers in the county have been gradually rising throughout June, leading health officials to issue an alert level of 3 out of 4.

California Governor Gavin Newsom has not ruled out putting the state back into lockdown if cases continue to soar.

Newsom said Monday that he does not want to shutter the state again but that he is ‘prepared’ to do so if necessary, as he urged residents to keep following social distancing as rules are relaxed.

‘It’s your individual decision that will determine our fate and future… to mitigate the likelihood and need that we ever have to toggle back on these stay-at-home orders,’ he said in a press conference. 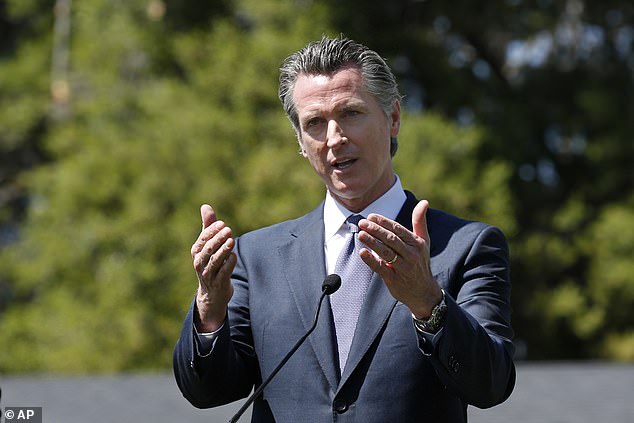 California is one of several states were fears are mounting that officials plowed ahead with reopening plans too soon, triggering a renewed spike in cases.

The US saw a 25 percent increase in new cases in the last week compared to the previous seven days with Arizona, Florida and Texas experiencing record surges in new infections.

Twenty-five states reported more new cases in the week ended June 21 than the previous week, including 10 states that saw weekly new infections rise more than 50 percent and 12 states that posted new records, according to a Reuters analysis of data from The COVID Tracking Project.

Texas reported one of the largest rises in new cases at 24,000 for the week ended June 21, an increase of 84 percent from the previous week.

The governors of all three states have attributed the increases in new cases to more testing.