A California student is challenging her school district after they told her she was banned from wearing her red Make America Great Again hat on campus.

Maddie Mueller, a senior at Clovis North High School in Fresno, said not afraid to share her political views with the world, and was shocked when school officials told her she’s not allowed to wear the hat on campus on Wednesday.

Now Maddie, an aspiring Congresswoman, is fighting back saying her First Amendment rights are being violated.

‘How does being a patriot in trying to show pride in your country, how is that inappropriate?’ she said to Yourcentralvalley.com. 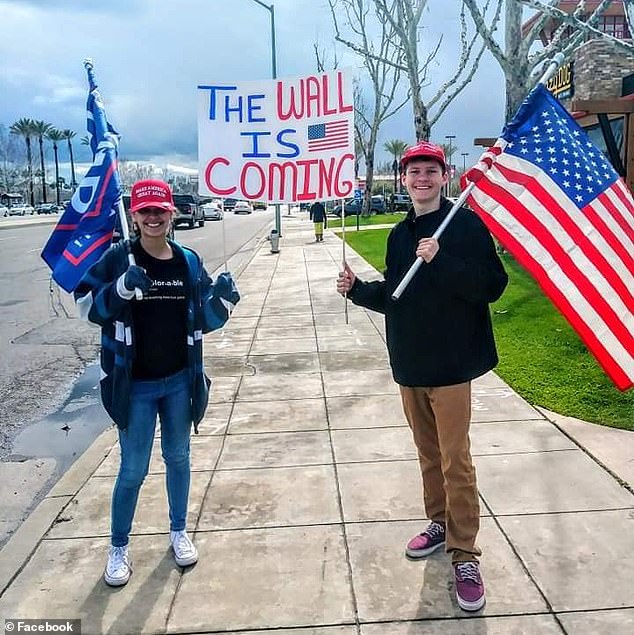 Maddie is an aspiring Congresswoman and is a part of conservative activist group the Valley Patriots. She’s challenging the school district saying they’re violating her First Amendment rights

She’s a member of the Valley Patriots, a conservative activist group, and they asked their members to wear their MAGA hats on February 20.

But Maddie was told that if she wore any Trump hat with school colors on it, she wouldn’t be allowed back on campus, citing the dress code.

‘To my knowledge Trump is not a logo it’s a last name, it’s just our President, you can’t claim the President is a logo, sports team or affiliated with any gang,’ she said to the outlet.

‘I don’t care if I offend anybody I’m just showing support for the President and what I believe,’ she said. 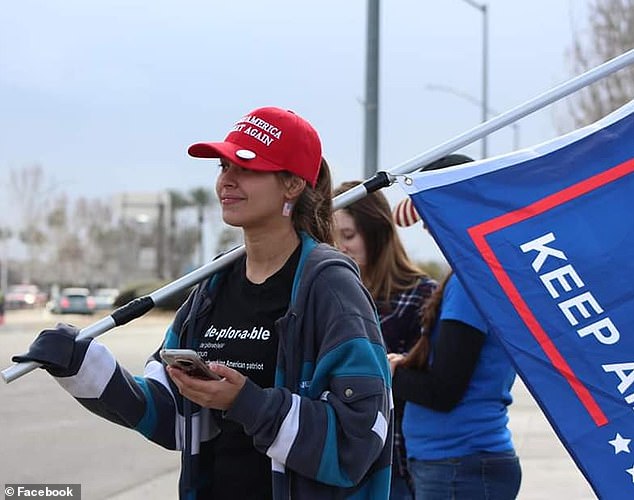 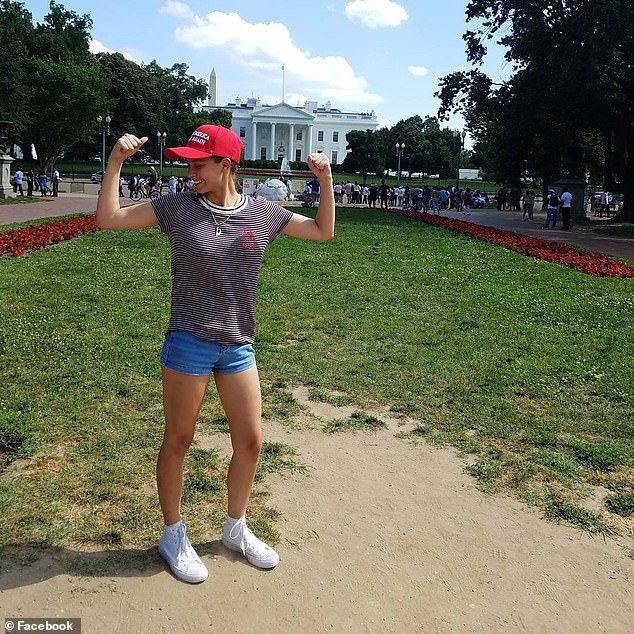 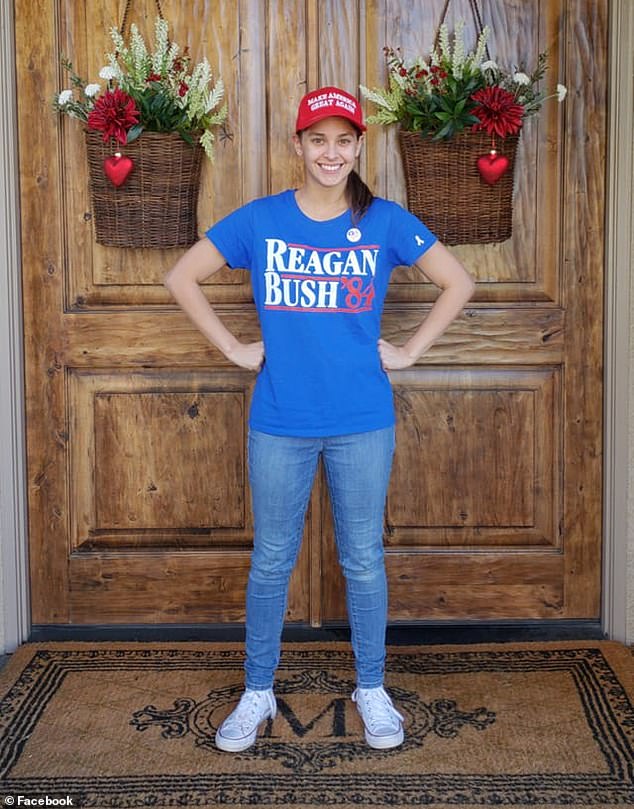 ‘I don’t care if I offend anybody I’m just showing support for the President and what I believe,’ Maddie said 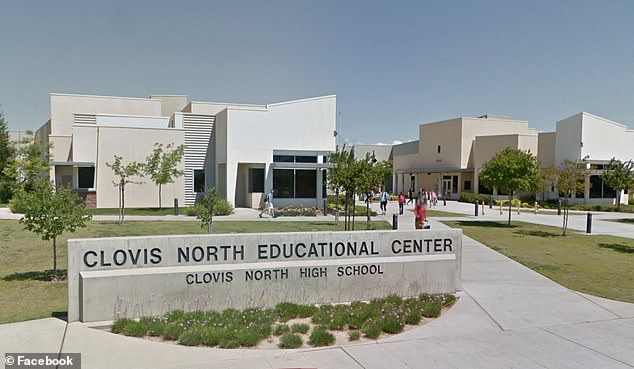 ‘Bottom line for us is the dress code is for kids to feel safe at school and free of distractions so they can focus on learning,’ CUSD spokesperson Kelly Avants said.

‘It’s unfortunate that our dress code is being misrepresented as specifically singling out a MAGA hat as that is not what the policy say,’ she explained to Fox.

‘The district dress code allows for students to wear shirts or other clothing with a wide variety of sayings and/or political commentary. Unless causing an actual disruption on campus, MAGA apparel is acceptable, and this has been shared with the student,’ she added.

While some say her First Amendment rights of free speech and expression are being violated, the school district may have the right to prevent her from wearing Trump-gear.

‘If the hat is something that could invoke violence or invoke controversy, then for the sake of the safety for students the school is in their legal right,’ former federal district judge Oliver Wanger said.

Maddie’s parents are supportive but wary of her mission to fight for the right to wear the pro-Trump clothing.

‘She’s worried they may hold me from graduating if I continue to be vocal and do things like this,’ Maddie said on her mother.