California is set to phase out new natural gas furnaces and heaters by 2030 after a proposal from the California Air Resources Board (CARB) was passed, making it the first US state to take such action.

The proposal, included in the 2022 State Implementation Plan (SIP) Strategy, is to combat nitrogen oxide pollution in the state – homes and buildings generate four times more ozone than all of California’s gas power plants combined.

The plan, however, will cost about $96.2 billion to enforce and new homeowners will have to pay for expensive electrical options moving forward.

The report comes just a month after California announced a ban on the sale of new gas-powered cars.

CARB Chair Liane Randolph said in a statement: ‘While this strategy will clean the air for all Californians, it will also lead to reduced emissions in the many low-income and disadvantaged communities that experience greater levels of persistent air pollution.

‘But to truly meet the ozone standard, California needs more federal action to clean up harmful diesel pollution from primarily federally controlled sources, from locomotives and ocean-going vessels to aircraft, which are all concentrated in communities that continue to bear the brunt of poor air quality.

‘We simply cannot provide clean air to Californians without the federal government doing its part.’

The new ban is part of California Govern Gavin Newson’s climate push and aims to abide by the Environmental Protection Agency’s (EPA) regulations to limit ozone in the atmosphere to 70 parts per billion – 21 million people living in the state exceed this standard. 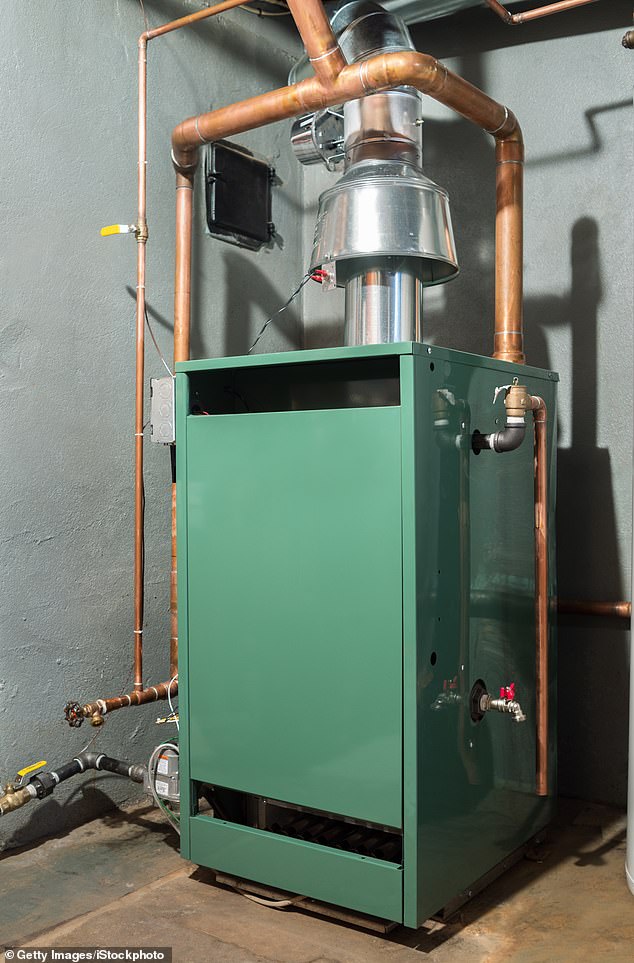 The proposal, included in the 2022 State Implementation Plan (SIP) Strategy, is to combat nitrogen oxide pollution in the state – homes and buildings generate four times more ozone than all of California’s gas power plants combined

And a majority of these individuals live in low-income and disadvantaged communities that also typically experience greater exposure to diesel exhaust and other toxic air pollutants compared to surrounding areas.

There are 19 areas in the state that are deemed as nonattainment for EPA ozone standard including the only two extreme areas in the US, the South Coast Air Basin and the San Joaquin Valley.

A large portion of these reductions will occur in and around communities near major roadways and ports, airports and warehouses, providing substantial health benefits.

However, this ban comes with a major price tag- net cost of the 2022 State SIP Strategy is estimated as $96.2 billion.

This ban comes less than a month of a new bill that requires 100 percent of retail sales of electricity must be zero-carbon emitting resources by 2045, but the new bill means the additional $3.2 billion in costs will fall on the state’s 27 million ratepayers.

Assembly Bill 1020 includes yearly quotas the must be met, with the first being 50 percent of all electricity sold must be renewable energy by December 31, 2026 and at least 60 percent four years later.

According to the California Globe those who passed the bill ‘ignored’ the additional costs to the Department of Water Resources to build infrastructure and ensure accessibility, which is now the responsibility of residents using 29 public water services from the agency.

And in the same month, California banned the sale of new gas-powered vehicles by 2035.

On August 25, California became the first in the world to enforce the ban.

Automakers are now required to reduce the number of gas guzzlers they sell in order to reach the first quota of the plan that mandates 35 percent of new cars, SUVs and small pickups sold in California by 2026 be zero-emission vehicles.

The quota increases every two years, with 51 percent by 2028, 68 percent by 2030 and then 100 percent of all new vehicles sold should be battery-powered five years later – 20 percent of these sold can be hybrid plug-ins.

However, just like Assembly Bill 1020, there are several obstacles state officials must address to ensure the ban on new gas-powered cars is reasonable for all Californians such as providing incentives for consumers to buy pricy EVs and providing millions more charging systems.