California woman speaks out about her Trader Joe’s outburst

The California woman who was seen in a viral video spewing profanities at Trader Joe’s workers after she was asked to wear a mask claims she was given permission to shop without a mask because of an unspecified health problem, and that she is not sorry for her foul-mouthed outburst.

The incident took place on Friday evening at the new Trader Joe’s location in North Hollywood, which opened that same day.

In an interview with KABC, the woman, who declined to give her name, claimed that she lashed out after being confronted by an aggressive male shopper at the store. 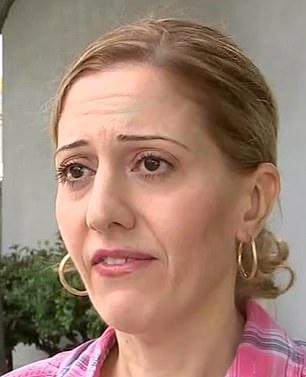 The unnamed woman was caught on camera on Friday afternoon ranting about face masks spoke to news outlets this weekend, claiming that she lashed out after being verbally attacked

‘Right away he started using obscenities at me, saying “f you,” the c-word, “wear your f-ing mask,” all of this,’ she told the station.

She further claimed that she had called the Trader Joe’s store in Toluca Lake and was given permission to shop there without a mask, but then she mistakenly went to the new North Hollywood location instead.

Upon arrival, the woman said a manager at the store told her she could shop there without a face covering on that day only.

But she said when the male shopper confronted her about not wearing a mask, she lashed out in response.

‘I did what any normal human being, a woman, would do if she was being harassed by a man, not knowing if he’s a crazy man, so I started yelling in self-defense,’ she said.

The woman added that she does not regret what she said during the heated dispute. 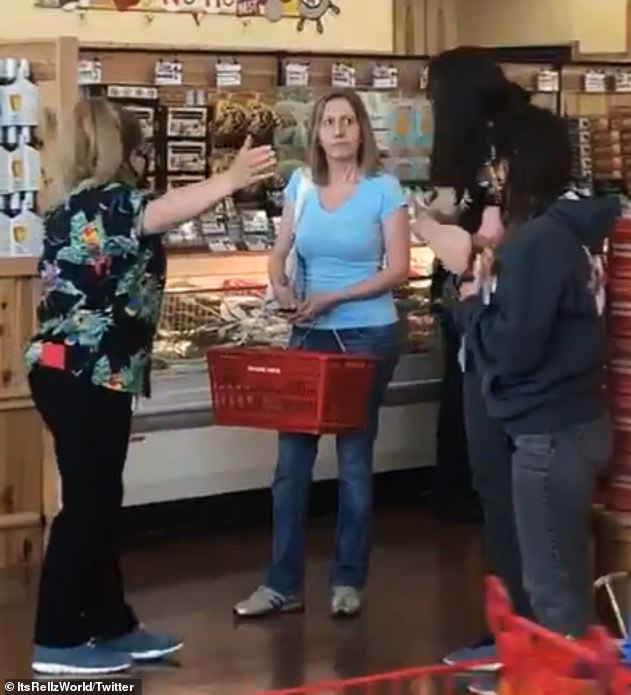 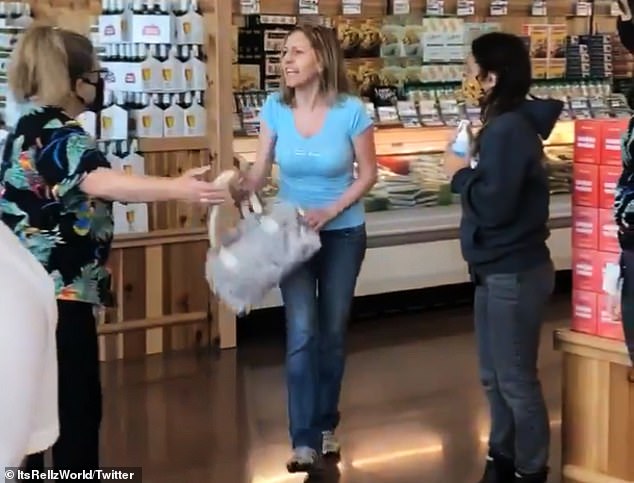 ‘Unlike whatever lies they are putting out there, I had no political agenda. I had nothing,’ she insisted. ‘They might use whatever else I said later in my anger, it doesn’t matter. What happened to me should not be happening to anyone else.’

The woman has declined to shed light on her medical condition that purportedly prevents her from wearing a face covering, telling KCAL only that it’s a ‘breathing problem, basically, from my nose.’

The woman had stood in line around 5.30pm Friday with other shoppers on the opening day of the new store in North Hollywood.

She was said by another shopper, John Conroy, to be wearing a mask in the line. When she entered the store, however, Conroy said she took it off.

‘I watched her take the mask off after she entered the store; I was on line for the register so was looking around, and she was very ostentatious about it,’ Conroy told DailyMail.com. 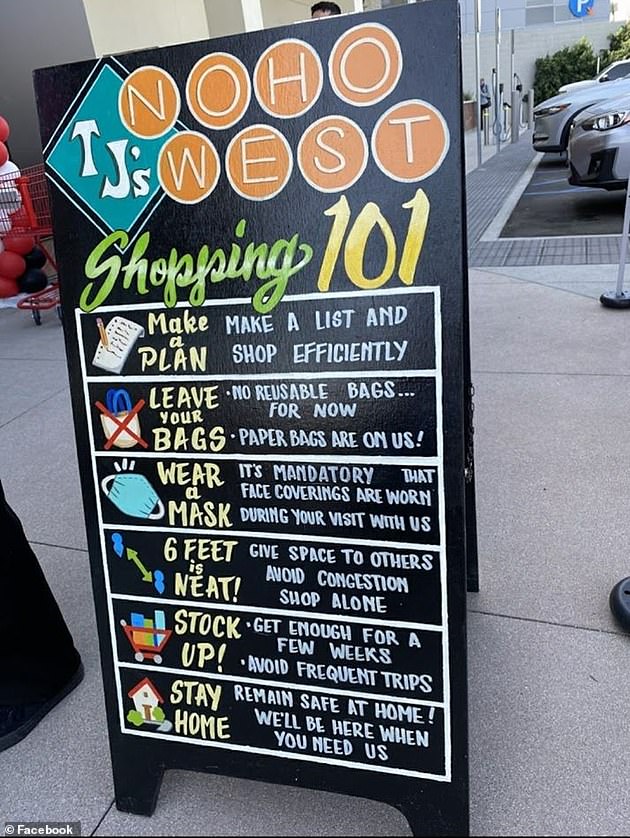 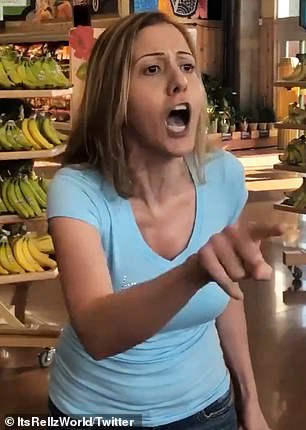 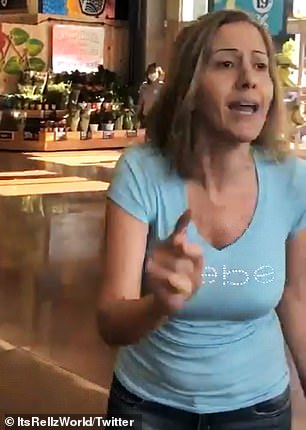 Speaking to news outlets after the fact, the unnamed woman seen above in the viral video said she lashed out after being verbally attacked by a male shopper, who she said called her a ‘c***’ 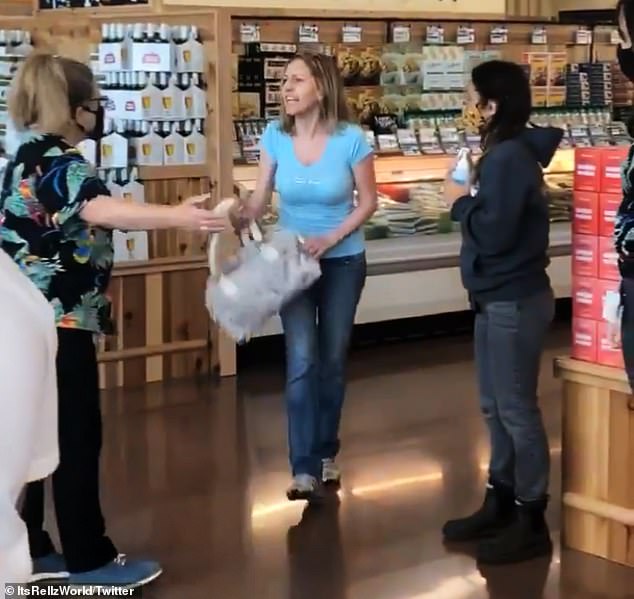 The woman claimed she had called another Trader Joe’s store earlier and got permission to shop without a mask, but then she mistakenly went to the North Hollywood store on Friday 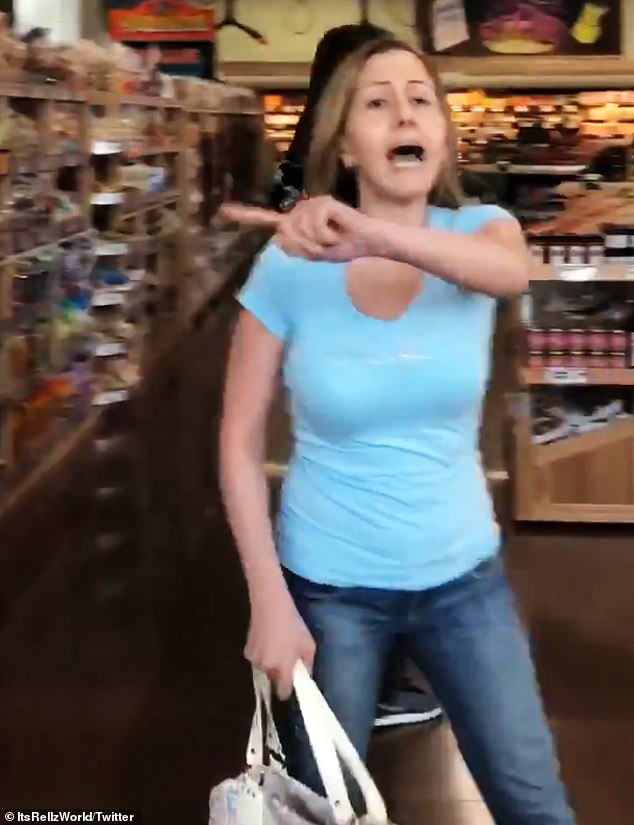 She said a manager allowed her to shop without a face covering just this once, but then the male shopper confronted her, setting off the clash

‘I presume she had it on the whole time outside because of all the signs.’

He said she was acting ‘unhinged’.

Face masks were made mandatory in California in public spaces on June 18. People with breathing conditions are exempt, however.

The store had a sign outside informing all customers they must wear a mask.

The woman was confronted by another shopper and exploded with rage, drawing the attention of managers who asked her to leave.

‘You f****** Democrat pigs,’ she yelled at the staff and other customers, calling them ‘sheep’.

She continued: ‘That man harassed me for not wearing a face mask. I have a breathing problem. My doctor would not let me wear a mask.

‘So anyone harassing me to wear a mask, you guys are violating federal law.

The incident was caught on camera by actor D. Giles. 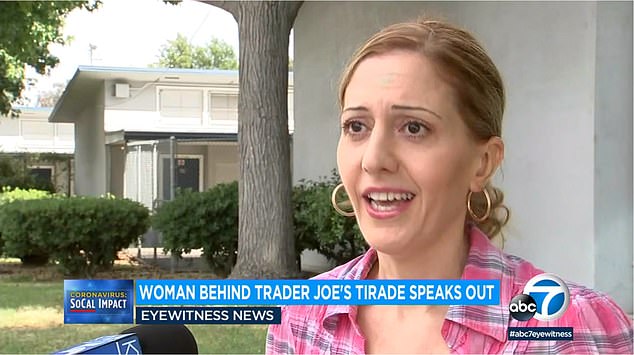 The woman is then asked to leave the store, and had to be asked multiple times.

Conroy, a film producer and director, told DailyMail.com he was sure it was a deliberate provocation.

‘I was on line to check out in the middle of the store and noticed when she came in because she took her mask off and held her phone up to start recording video of everyone in the store,’ he told DailyMail.com.

‘Then I saw her grab the basket and start “shopping” but was really just moving around to get close to people.

‘A few minutes later the screaming started in the frozen aisle behind me, at least two employees were already with her and she was yelling “this man harassed me and you’re telling me to leave?”

‘She was wildly indicating an older man who was shaking his head.

‘The employees were kind of circled around her at that point, remaining calm and asking her to leave and she kept screaming about “this man harassed me about masks!”

‘And then just started shouting profanity, her rights are being violated and so on.’

Trader Joe’s has not responded to DailyMail.com’s request for comment.

‘I believe 100 per cent that she went there solely to start a confrontation,’ he said. 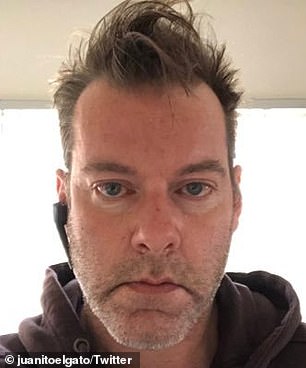 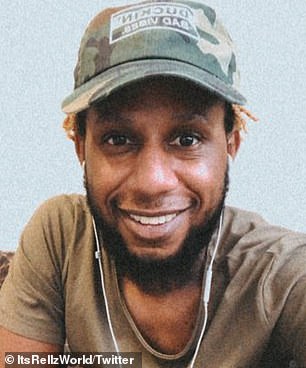 ‘Her basket remained empty, she was super obvious about the way she was trying to instigate someone to say something.

‘Which didn’t take long, especially since Trader Joe’s is known for being super buttoned on their safety policies – like masks, distancing, limits on customers – they preceded the local government on all that stuff.

‘As soon as someone told her to put a mask on she flipped out because she was there for it.’

He added: ‘Because she took her camera out and recorded the crowd right after taking off her mask, I got the impression afterward that it was set up and meant to be for the QAnon/conspiracy crowd, as a way of saying: “Check this out I’ll show you how oppressed we are.”’

KCAL reported that police were called to the scene, but no charges were filed and the woman was allowed to leave, vowing not to return to the North Hollywood Trader Joe’s.