Call for buy-to-let stamp duty tax to be abolished

Landlords are being taxed out of the market and rents pushed up as result, claim some calling for the buy-to-let stamp duty surcharge to be abolished.

A 3 per cent stamp duty surcharge is applied on each investment property that a landlord purchases.

It can lead to tens of thousands of extra pounds that landlords have to pay. Combined with the reduction of tax relief on mortgage interest and greater regulation, experts say this has prompted some landlords to quit the market.

Their exit has contributed to a reduction of supply of rental homes at a time of increasing demand. This is in turn has led to higher rents as tenants compete for a smaller supply of suitable homes.

Taxing landlords out of the market cuts supply and increase rents, according to letting experts

Removing the 3 per cent surcharge could encourage landlords to remain, or return, to the market, boosting supplies of rental homes by 900,000 in the next decade, according to Capital Economics.

This was based on its survey of 608 landlords where 38 per cent of respondents said they would increase the size of their property portfolio or postpone or scale back planned sales of rental properties if the stamp duty levy was scrapped.

The survey results were weighted by portfolio size to be representative of the impact across the 2.6 million private landlords across Britain.

Its research was commission by the National Residential Landlords Association, which is calling on the Government to adopt this proposal amid a ‘chronic shortgage’ of homes to rent.

Ben Beadle, of the National Residential Landlords Association, said: ‘The Government needs to wake up to a crisis of its own making.

‘Taxing landlords out of the market serves only to cut supply, increase rents and make home ownership more difficult to afford.

‘The evidence clearly shows that the supply of rented housing is declining as demand increases and will continue to do so. The Government is taking a blinkered approach to the issue, which is not helped by its reluctance to admit mistakes it has made in the past.

‘It makes no sense to tax the supply of new homes supplied by landlords investing in new build or bringing empty homes back into use. As this study indicates, removing the tax will actually generate more revenue, not less.’ 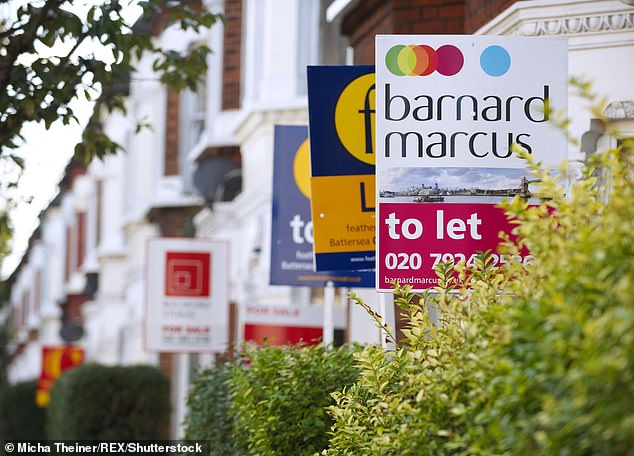 Due to increases in income and corporation tax receipts, Capital Economics suggested that the move this would lead to a £10billion boost to Treasury revenue in the next 10 years.

Capital Economics also highlighted how these revenue streams would continue over the decades that follow, so long as the landlords do not later sell all these properties.

Capital Economics went on to warn that, if owner occupation and social housing continue at their ten-year average rate of growth, this would require a significant increase in the supply of private rented homes.

Almost 230,000 new homes would be needed in the sector each year if Government ambitions for housing over the next decade are to be met.

Even if other housing tenures double their rate of growth, it would still mean more than 100,000 new private rental homes a year will be needed over the same period.

The NRLA said that given renting privately is the first housing tenure most young people enter when they leave home or university, demand will only increase as the 15 to 24 cohort in the population is forecast to grow between now and 2030 by 866,000 (11 per cent).

Capital Economics suggests that without changes in tax or other policies, the private rented sector stock will decrease further by over half a million properties over the next ten years.

As well as being hit by the cost of living crisis, tenants are also facing rental inflation of 8.3 per cent, it has been revealed.

The typical rent across Britain now stands at £969 a month, with a single earner now expecting to spend 37 per cent of their gross income on rent, according to Zoopla.

North London estate agent Jeremy Leaf said: ‘The aspirations of this report are very laudable – in other words it is clear that the country needs more affordable rented accommodation but it is not clear whether this it the best way of achieving that.

‘It is more a question of firstly assessing what we have and making better use of that, before we consider making it easier for landlords to buy property. These measures would also have potentially an inflationary impact on house prices and make it more difficult for first-time buyers to take that first step onto the ladder. So more careful planning to solve the overall problem, rather than one part of it, is required rather than any knee-jerk reaction.’

A HM Treasury spokesperson responded, saying: ‘We want to help as many people as possible onto the housing ladder, which is why we introduced the Higher Stamp Duty Land Tax Rates for Additional Dwellings (HRAD), designed to help double the affordable housing budget and support first time buyers.

‘This is part of the Government overall commitment to invest £10bn in housing supply, unlocking over 1 million new homes and supporting home ownership.’