Calls are increasing for Western Bulldogs coach Luke Beveridge to be slapped with a $100,000 fine following his extraordinary post-game outburst at a reporter on Wednesday night.

Veteran AFL identity Caroline Wilson insists Beveridge needs to be held accountable for his aggressive behaviour – and if he is protected by his club, she has encouraged fellow journalists to boycott his future media appearances.

The premiership-winning coach was seething because Morris correctly reported that Lachie Hunter would be left out of the Bulldogs’ starting 22 for the grand final replay against the Melbourne Demons at the MCG.

After losing the high-quality encounter by 26 points, Beveridge took aim at Morris, labelling the scribe an ’embarrassment’ and that he had ’caused turmoil’ at the Bulldogs.

He also bizarrely accused Morris of being a Demons supporter and said he ‘had some nerve’ to be at the press conference. 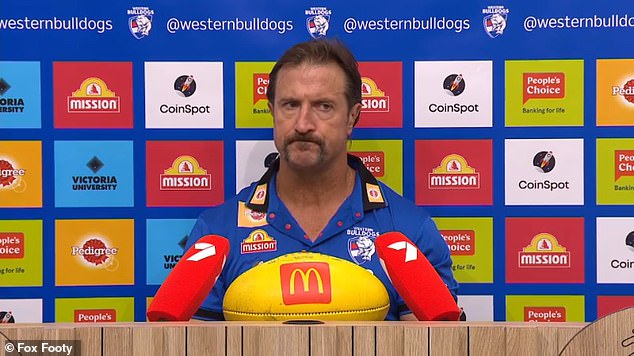 Calls are increasing for Western Bulldogs coach Luke Beveridge to be slapped with a $100,000 fine following his extraordinary post-game outburst at a reporter on Wednesday night 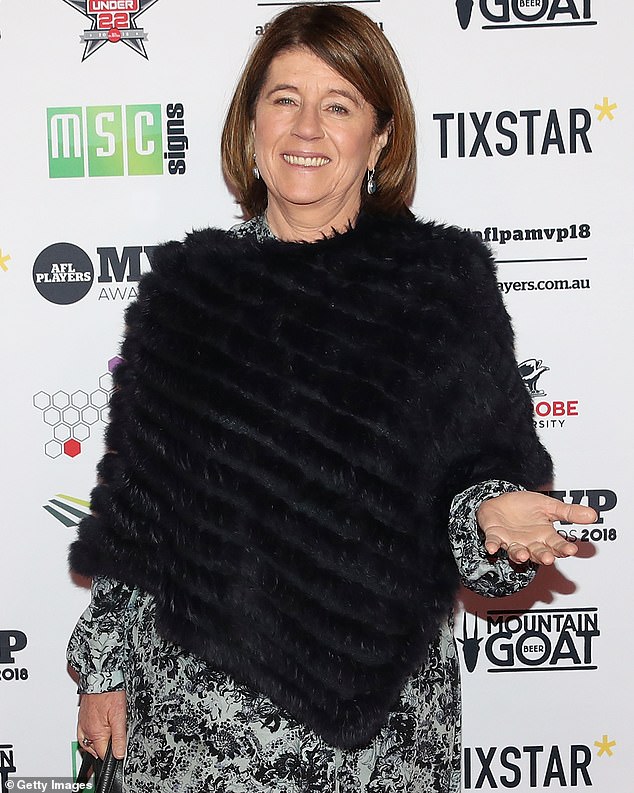 ‘I think the AFL will fine Luke Beveridge, he’s brought the game into disrepute,’ she said.

‘I think it should be a six-figure fine myself…I’ve never seen anything so disgraceful in all my years of covering football.’

In a scathing attack, Wilson went onto state her belief that Beveridge is a ‘man who’s clearly not coping’ and that in her eyes he ‘isn’t equipped to be looking after the futures of 30 young men, quite frankly’.

She also urged the man affectionately known as ‘Bevo’ to apologise to Morris – privately and publicly.

Melbourne Channel 9 presenter Tony Jones told The Today Show Beveridge had ‘made a complete dill of himself’ and agreed it was time for journalists to boycott the Bulldogs media opportunities if the coach isn’t appropriately sanctioned.

‘Tom Morris was merely doing his job,’ Jones stated. ‘I don’t think any reporter should have to put up with the crap from last night.’

‘I think he’s let himself down in this instance. The AFL won’t like that one bit and nor should they,’ Melbourne Demons legend Garry Lyon said.

‘It was about a dropped player, it wasn’t about a mental health issue or anything like that.’

‘I think Bevo’s just lost his composure there, he’s been under a bit of pressure or whatever,’ he said.

‘I think Bevo overstepped (the mark). That was a pretty public, national attack on Tom.’ 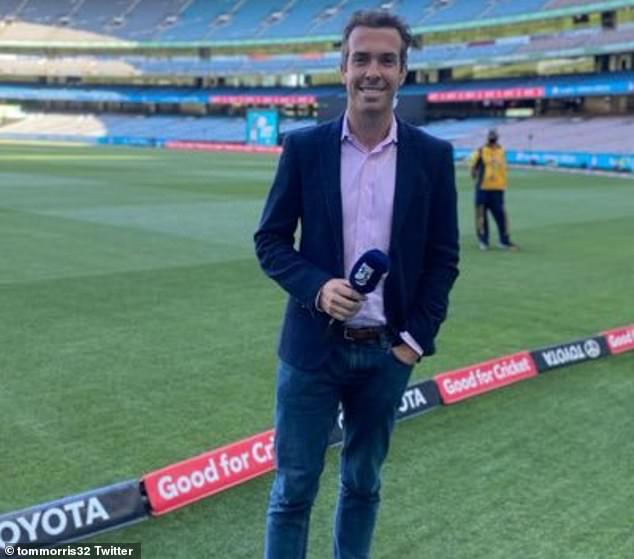 Fox Footy’s Tom Morris was in Beveridge’s sights on Wednesday night, when he labelled the journalist an ’embarrassment’ at the post-game press conference at the MCG 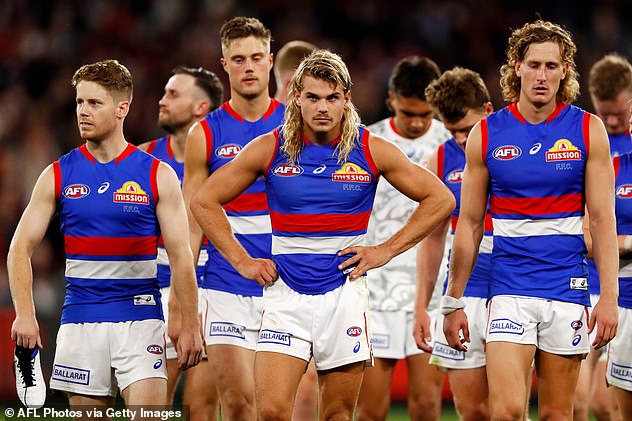 The Bulldogs were unable to exact revenge on the Demons in their grand final rematch at the MCG (pictured middle, cult hero Bailey Smith) 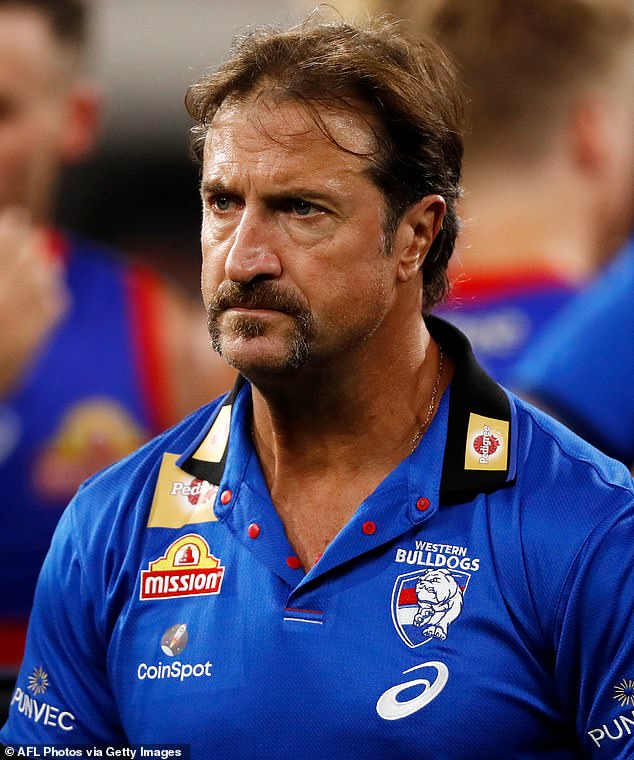 Beveridge, who coached the Bulldogs to a flag in 2016, often insults reporters if they get him offside