For Zak Crawley, the prospect of a major Test innings has become a matter of hope over expectation – and even the hope has almost left town.

When he was squared up by Kagiso Rabada in the first hour of this LV= Insurance series against South Africa and caught by Aiden Markam at second slip for nine, it was the 24th time in 47 Test innings he had failed to reach the sunlit uplands of double figures.

On another seven occasions, he hasn’t got to 20. Only seven times has he passed 50. In the history of English Test batting, only Mike Brearley has averaged fewer than Crawley’s 26 among regular members of the top six. 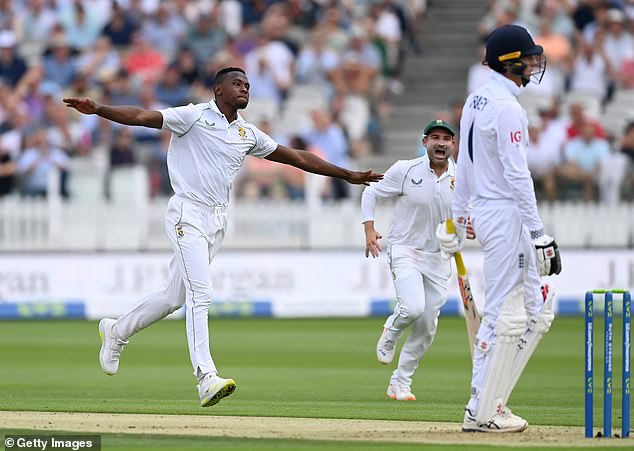 Whichever way you slice and dice it, his Test career is now in the lap of the Bazball gods – Ben Stokes and Brendon McCullum, who remain wedded to the idea that a butterfly can still emerge from the chrysalis.

They may be proved right, and the events of this summer’s first four Tests against New Zealand and India have provided credit in the bank for the two high-rollers of England’s red-ball revolution.

But Mark Butcher, commentating on Sky, spoke for many when he suggested it was crueller right now to keep picking Crawley than to leave him out. Week in, week out, he is undergoing a very public humiliation, with goodness knows what consequences.

Part of the Stokes/McCullum ethos is to make the players feel ‘ten feet tall’, which explains why – before this game – Stokes referenced Crawley’s second-innings 46 against India at Edgbaston last month. Without his record-fast century stand with Alex Lees, said Stokes, England would not have chased down 378. 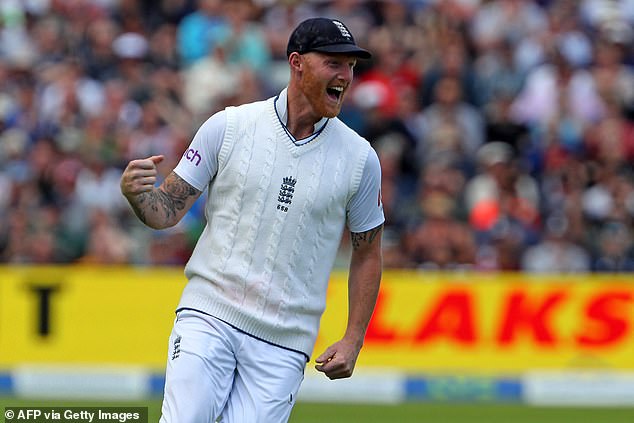 He had a point, and his man-management skills have been a big part of his team’s early success – witness the transformations of Ollie Pope and Jack Leach. But there will come a point when Crawley’s 267 against Pakistan at the Ageas Bowl two years ago and his 121 against West Indies in Antigua in March fade into irrelevance.

Plenty of observers feel that point has already been reached, though there is always the second innings in this Lord’s Test for Crawley to translate his sporadically crisp strokeplay into something more meaningful.

But if he fails once more, the continued omission of Harry Brook – who is averaging over 100 in the county championship for Yorkshire, and last week at Canterbury bashed 140 off 170 balls against the South Africans for England Lions – will feel even more perverse.

Stokes’s England have already experienced collapses before they slipped to 116 for six on a rain-truncated first day at Lord’s. But the new captain is yet to go through the unpleasantness of actually dropping a player. 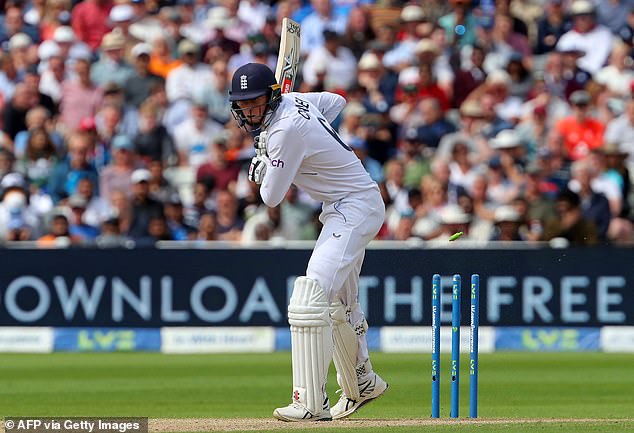 Briefly, Crawley looked as if he had learned from his many lessons about the danger of lavish drives outside off stump. Lungi Ngidi didn’t make him play often enough with the new ball, and when he over-compensated by aiming straighter, Crawley timed him between the stumps and mid-on with typical attractiveness.

But his only other scoring shot was an unintended four to third man via a leading edge off Rabada. Next ball he was gone, the edge this time carrying into the slips.

The question remains whether Crawley is a puzzle waiting to be solved, or a project no longer worth pursuing.

Certainly, his first-class average does not encourage optimism: it recently dipped below 30, in a summer in which he has managed 388 runs in 16 championship innings for Kent – a return bolstered by 84 against Northamptonshire’s change bowlers on a hopelessly flat pitch at Wantage Road. 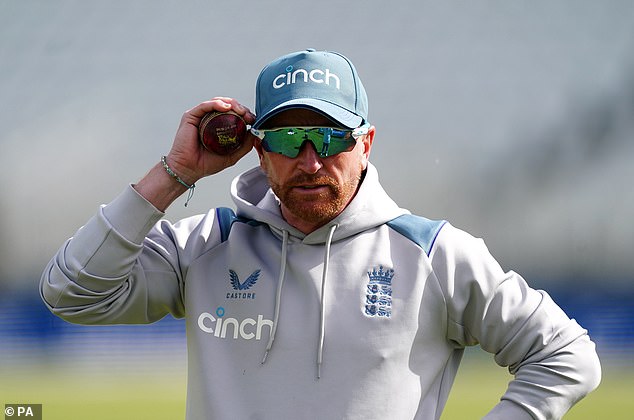 But England, it seems, are not for turning. After the premature close, assistant coach Paul Collingwood said that, for Crawley, ‘the messaging is very clear’.

He added: ‘We don’t necessarily look for consistency with Zak. It’s about match-winning performances and being able to do special things. One innings ago he had a hundred partnership against India. We don’t forget about those contributions in our dressing-room.

‘He’s got a lot of talent, and I’m sure he’s frustrated he’s not getting more runs. But we’re confident he can turn things around and have those match-winning contributions.’

The trial, as they say, continues.