A young man who took up to nine MDMA capsules at a Sydney music festival told his friend before he died ‘he was just going to keep a strong mind and push through it’, an inquest has heard.

He died in hospital within hours as a result of MDMA and cocaine toxicity.

Mr Brosnan’s friend, who can’t be identified for legal reasons, on Tuesday testified they had bumped into each other about 5pm and spent most of the event together.

He understood Mr Brosnan to previously ingest MDMA once or twice a month, adding that on ‘most occasions’ those in their peer group took multiple capsules.

He said the 19-year-old seemed ‘fine’ and was dancing, singing along and performing shows for other patrons with his light-up gloves.

‘We believe that he could’ve got more pills for doing these shows for people but that’s not something we can confirm,’ the friend told the NSW Coroners Court.

But he said by about 11.30pm Mr Brosnan was ‘standing there, staring at the stage, looking blank’.

‘I asked if he needed a break or some water and he said no.’

Mr Brosnan then made the comment about just pushing through. 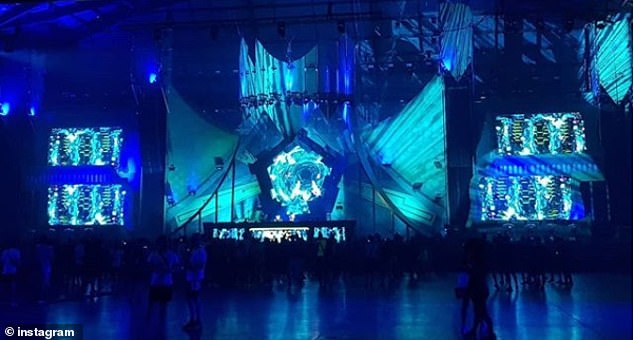 A young man who took up to nine MDMA capsules at a Sydney music festival (pictured) told his friend before he died ‘he was just going to keep a strong mind and push through it’, an inquest has heard

Deputy State Coroner Harriet Grahame asked: ‘What was that saying to you?’

He said Mr Brosnan stumbled on the way to the station and was found talking ‘to some random people’ who couldn’t understand him.

The friend told the coroner if he could speak to his younger self he would have made Mr Brosnan get medical help, fresh air outside or some rest.

‘Whatever could have helped.’

A Sydney-based GP earlier testified that the presence of police drug dogs at festivals can lead to unintended consequences such as panic consumption, internal concealment, bingeing beforehand and buying drugs from unknown sources inside the gates.

‘They naturally will be worried that if they seek help, they’re going to get into trouble,’ Dr Hester Wilson said.

‘That’s one of the dynamics with the large police presence with dogs … it’s a deterrent.’

Ms Grahame is examining the drug-related deaths of six young people at NSW music festivals between December 2017 and January 2019.

Nathan Tran, Diana Nguyen, Joseph Pham, Joshua Tam and Alexandra Ross-King also died from MDMA toxicity or complications of MDMA use. They were aged between 18 and 23. 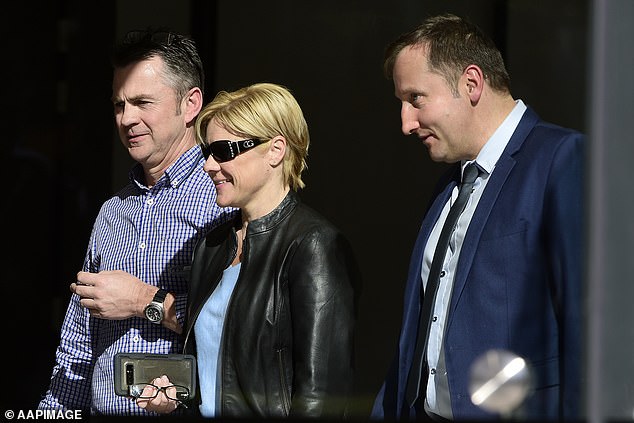 Jen Ross-King (centre), mother of Alexandra Ross-King who died at FOMO music festival in January 2019, and partner Andrew Murphy (left) are seen with NSW Police Detective Inspector Karl Leis (right), officer in charge of the investigation into Callum Brosnan’s death at Knockout Games of Destiny in December 2018, at the Coroner’s Court of New South Wales