CALVIN ROBINSON: The N-word is repellent- but so is the belief white people are innately racist

It seems the hypocrisy – and weakness – of the BBC knows no bounds. In a recent news story, social affairs correspondent Fiona Lamdin reported on an awful attack on a young black NHS worker who was set upon as he walked home.

His assailants were two white men who drove him into a wall with the full force of their car before driving away yelling racially charged obscenities.

Lamdin had quoted the horrific language used by the attackers, after telling viewers: ‘Just to warn you, you’re about to hear highly offensive language, because as the men ran away, they hurled racial abuse, calling him a n*****.’

Fiona Lamdin interviews K-Dogg for her report. It was a solemn report delivered with integrity and professionalism. The N-word wasn’t repeated. Its single use was necessary to get across the seriousness of the crime

She said she felt justified in using the N-word because the victim’s family had expressly asked the BBC to report the racist language ‘in full’.

As a mixed-race man, I believe that this was honourable and accurate reporting by a journalist who was using the word in a descriptive manner to highlight the horrendous nature of the attack. Care and diligence were taken.

However, after more than 18,500 complaints to the BBC, director-general Tony Hall released a statement accepting offence may have been caused. He, too, pointed out that the victim’s family had ‘asked us specifically to show the photos of this man’s injuries and were also determined we should report the racist language, in full, alleged to have been spoken by the occupants of the car.’

This was emphatically not a case of a journalist carelessly blurting out the N-word which, quite rightly, should be seldom used because it is racially incendiary. It was a solemn report delivered with integrity and professionalism.

The N-word wasn’t repeated. Its single use was necessary to get across the seriousness of the crime.

For the fact is it is difficult to discuss offensive language without referencing the words used at least once, for context. Inevitably, the matter did not end there.

BBC 1Xtra presenter DJ Sideman resigned, saying ‘the BBC sanctioning the N-word being broadcast on national television by a white person is something I can’t rock with’,

Sideman, who was born in Jamaica and moved to Birmingham as a youngster, said the response of BBC bosses to the complaints had ‘felt like a slap in the face to our community’. 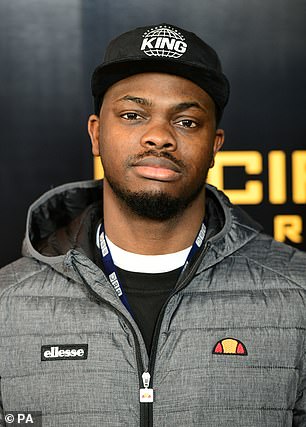 BBC 1Xtra presenter DJ Sideman resigned, saying ‘the BBC sanctioning the N-word being broadcast on national television by a white person is something I can’t rock with’

Taking issue with the word being used is one thing, but it seems Sideman has more of a problem with the fact that it was a white person saying it. This appears to stem from the double standards of so-called Critical Race Theory – the pseudo-science behind movements such as Black Lives Matter.

It insists on redefining racism from being ‘prejudice, discrimination, or antagonism directed against a person or people on the basis of their membership of a particular racial or ethnic group’ to a belief that racism is a power struggle between white oppressors and black victims. In other words, ‘white privilege’ is invoked to explain all kinds of injustice.

This hard-Left philosophy insidiously encourages division by not only claiming that racism is a one-way attack by whites on blacks but that white people are racist by default – either consciously or subconsciously – and they must work to overcome their unconscious biases.

Unsurprisingly, given the toxic nature of much of social media, BBC reporter Lamdin was trolled viciously on Twitter, with one person telling her: ‘Your days are numbered sis, using that word wasn’t smart.’

What’s interesting is that Sideman implied British society and the BBC have issues of systemic racism. But at no point did he address the victim of the attack in Bristol, his family, or the horrible incident that left him, a musician called K-Dogg, in hospital with major injuries.

Following Sideman’s resignation, the BBC management backtracked and issued a fuller apology. This suggested the resignation of a black presenter seemed to carry more weight than more than 18,500 letters of complaint from viewers.

The little-reported fact is that the BBC is no stranger to the N-word. Indeed, the hypocrisy in this case reeks to high heaven. You only have to take a look at 1Xtra’s playlists for this to become apparent.

They include songs featuring the N-word. In this context, it is important to look at the usage of the word. According to the Oxford English Dictionary, there are two variations – ending with ‘a’ or ‘er’.

It states: ‘This term is strongly racially offensive when used by a white person in reference to a black person. In written Black English and written representations of spoken Black English, however, there are usually not the same negative connotations. Recently the term has been reclaimed by some black speakers and used with positive connotations in various senses.

‘However, even among black speakers, use of the word is problematic because of its potential to give offence.’

So, used by a black person, it can be a term of contempt, neutral or endearment but when used by a white person the word is strongly racially offensive.

Of course, language is constantly evolving, and many words take on different meanings over time. But, collectively, we need to decide on usage rather than let Critical Race Theory stoke tensions between ethnic groups, especially black vs white.

Another track, by Chris Brown and Young Thug, has lyrics such as, ‘You know that a n***a like me can change your life.’

So the BBC can casually broadcast one version of the N-word without any apparent concern on one platform but the moment it is used in a mature context by a person of the ‘wrong’ colour, people are ready to explode in anger and hand in their notice. 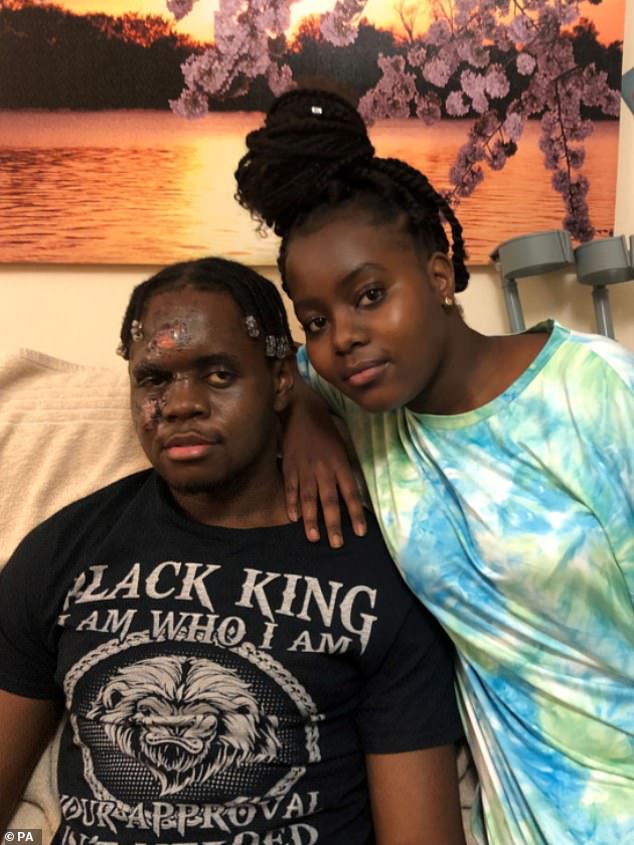 What’s interesting is that Sideman implied British society and the BBC have issues of systemic racism. But at no point did he address the victim of the attack in Bristol, his family, or the horrible incident that left him, a musician called K-Dogg, in hospital with major injuries. He is pictured above with his sister after the attack

In any case, 1Xtra isn’t exactly known as a bastion of sensibility. The fifth track in its current playlist features artists who have performed with a teenage drill rapper who was jailed for life. He was part of a group armed with knives, a sword, a handgun and a shotgun who stabbed a man to death in a North London hairdresser’s.

He later bragged about the attack in a rap video – watched more than ten million times on YouTube –which refers to ‘splashing’ (stabbing) rivals and features the lyrics, ‘I’ve just seen an opp [rival gang member], let me take him out’, followed by gunshot sounds. Hardly great role models.

All of this only serves to highlight a significant issue at the BBC.

This is its shameful role in reinforcing the bigotry of low expectations for young blacks through its validation of gang culture.

For example, one of the most popular 1Xtra shows is Fire In The Booth, on which grime rappers spread their hatred for each other with orchestrated ‘beefs’ (disagreements).

There is another worrying factor: the ‘ghettoisation of radio’ at the BBC. If you compare the regular line-ups of presenters for Radio 1 and those working for 1Xtra, you’ll note that there is a significant separation of race and culture.

Radio 1 features a majority of white faces, from Nick Grimshaw to Greg James, while 1Xtra is mostly hosted by people of Black, Asian, and minority ethnic background.

This is a disgraceful example of institutional racial categorisation, particularly when the BBC is spending £100 million on diversity and inclusion.

Radio 1 is targeted at 15 to 29-year-olds, broadcasting popular music of the day. And since the majority of this is black music, there is no reason for the majority of these hosts to be white when the BBC has so many black DJs on staff.

Certainly, it’s time the BBC put its house in order. For it was wrong to make an apology for correctly and responsibly reporting details of a horrendous racist crime that took place on our streets.

What the Corporation should instead be apologising for is the shocking segregation on its radio channels, and the hypocrisy of encouraging gang culture when it suits its own purposes, but then playing high and mighty when it does not.