The Cambodian prime minister is fighting fire with fire in the lead-up to his arrival in Sydney next month, threatening to beat up any protesters that burn images of him at a summit for Southeast Asian leaders.

Prime minister Hun Sen will be attending the Australia-Association of South East Asian Nations summit in Sydney in mid-March.

Hundreds of Cambodian expats are expected to rally against the controversial leader. But Hun Sen is declaring a hard stance against anyone who opposes him during his Australian visit.

Cambodian prime minister Hen Sun will be attending the Australia-Association of South East Asian Nations summit in Sydney in mid-March, and says that he will ‘beat up’ anyone who protests against him during his visit

‘I want to remind those who plan to demonstrate against me that my visit is an honour for their government,’ he said in a recent speech.

‘If they burn my effigy… I will pursue them to their houses and beat them up.’

Hun Sen, who has served as prime minister since 1985, has courted controversy in the past for allegations of corruption and his iron-fisted dominance over the mainstream media, among other things. 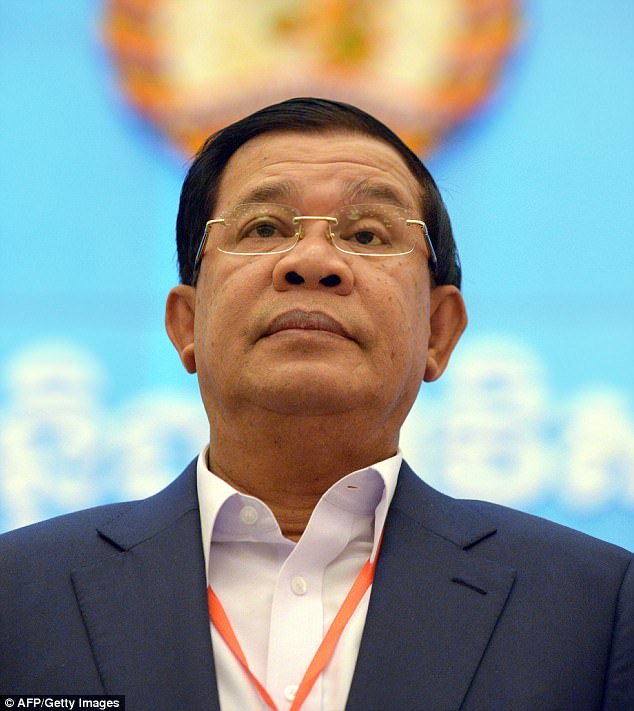 ‘I tell you in advance… If they have a right to burn me I have the right to go to their homes and seize them,’ he said in a recent speech.

And it appears that Hen Sun will be bringing that same militant approach down under next month, as he defends his right to crack down on local protesters.

‘I tell you in advance. I want to make clear. If they have a right to burn me I have the right to go to their homes and seize them.’ 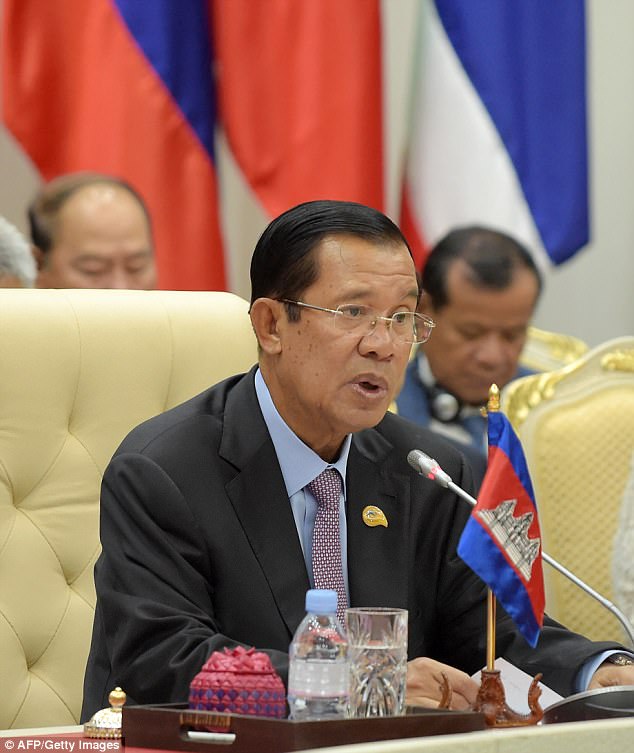 Hen Sun has been Cambodia’s prime minister since 1985, and has frequently attracted criticism for his hardline political approach