Cambodians start voting in poll decried as sham without…

Cambodians start voting in poll decried as sham without opposition

Cambodia went to the polls early Sunday in an election set to extend strongman premier Hun Sen’s 33 years in power after the only credible opposition was dissolved, effectively turning the country into a one-party state.

All eyes will be on voter turnout, with opposition figures urging a “clean-finger” boycott to send a message to the ruling party in what is essentially a referendum on Hun Sen’s popularity.

“This election is very important to me, I come to vote because I want happiness, development and peace for the country,” said voter Im Chanthan, 54, who said she was “happy” to be casting a ballot in the same polling station as Hun Sen in Kandal province.

The bombastic leader and his wife Bun Rany arrived shortly after voting at 7 am. Smiling, he greeted voters before casting his ballot and holding up his ink-stained finger as cameras flashed.

More than eight million voters are registered in the sixth general election since the United Nations first sponsored polls in 1993, as the country emerged from decades of war.

Prime Minister Hun Sen’s Cambodian People’s Party (CPP) has won every election since 1998 and the 65-year-old has trumpeted the peace, stability and economic growth of his years in power.

The premier was has been in office since 1985 and was a former member of the ultra-Maoist Khmer Rouge regime but defected and was installed as leader during the Vietnamese occupation of the 1980s.

But dissatisfaction with corruption and a growing youth population with no memory of the Khmer Rouge helped the Cambodia National Rescue Party (CNRP) win more than 44 percent of the 2013 vote and carve out a similar share in local elections last year. 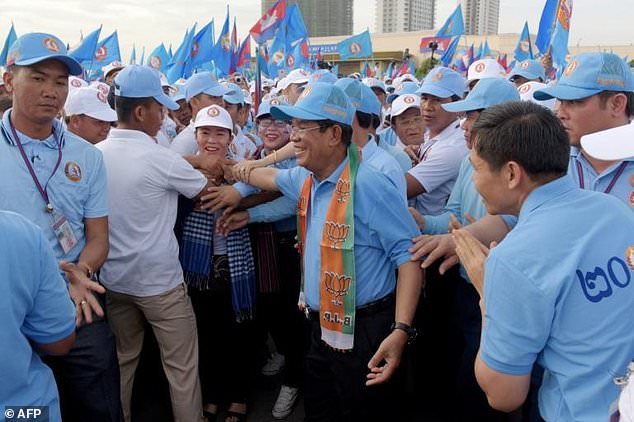 That success spurred a crackdown by Hun Sen, who accused the opposition CNRP of being involved in a plot to topple the government.

Police last year arrested and charged one of the opposition leaders with treason and the Supreme Court later banned the party.

In the lead-up to Sunday’s vote authorities have also hemmed in independent media and NGOs while former opposition members have fled the country in fear.

The United States and the European Union have pulled funding and assistance for the vote, but Cambodia’s staunch ally China has provided support.

Hun Sen has maintained a tight grip on the country through a mix of political and family alliances in the police, military and media. 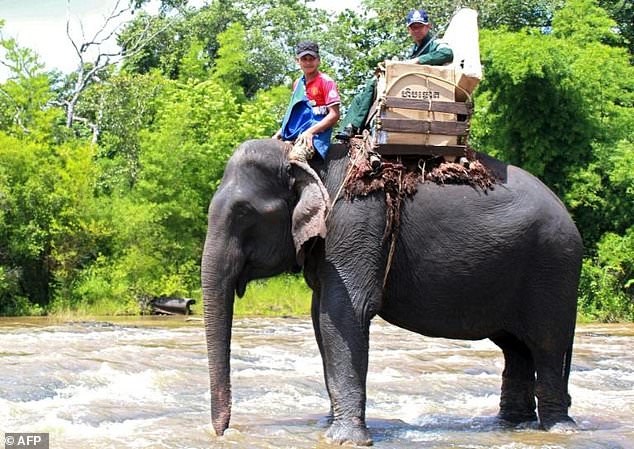 With control over vast parts of the state, he has also placed his sons in key positions in what analysts see as an attempt to create a dynasty.

Hun Sen portrays himself as a saviour of the country but elides his early membership in the Khmer Rouge.

The brutal group ruled Cambodia from 1975 to 1979 and its attempts to create an agrarian paradise resulted in the deaths of a quarter of the population.

The government says 19 other parties are contesting Sunday’s democratic poll, but critics say the groups are obscure or newly created to give it a veneer of credibility.

Rights groups have slammed the election as a sham and a farce.

But authorities have vowed to take action against anyone who urges others not to vote, creating a climate of fear.

Cambodia’s leaders have faced international criticism but only limited travel and financial sanctions have been passed by western governments.

Sam Rainsy, an opposition leader who lives in self-exile to avoid court cases he says are politically motivated, commended the US House of Representatives for passing the Cambodia Democracy Act earlier in the week.

“The timing comes just a few days before Hun Sen is crowned king in a sham election that will be easy to win after he cracked down on civil society, banned the CNRP, imprisoned its president and exiled its leaders, and destroyed the free press,” Rainsy said, urging the Senate to follow suit.