Forcing patients to speak to their GP over the phone before allowing them an appointment does not save the health service any time or money, a study has shown.

Cambridge University researchers found that while about half of patients could be dealt with over the phone, the other half needed a subsequent face-to-face appointment.

This meant doctors spent more time on these patients than they would have done if they were allowed to come directly for an appointment in the first place.

Forcing patients to speak to their GP over the phone before allowing them an appointment does not save the health service any time or money, a study has shown

Researchers said the so-called ‘telephone first’ system, implemented by nearly 150 practices in England, was ‘not a panacea for meeting demand’.

The findings come after the Mail revealed this week that GP receptionists were being trained to deflect patients from making unnecessary appointments.

In the latest study, researchers analysed appointment data and patient satisfaction surveys from a random sample of 10 per cent of English GP practices, which they compared with 147 GP practices using the ‘telephone first’ approach. The system means a GP speaks to all patients on the phone first to decide whether they need a face-to-face appointment or whether they can be seen elsewhere, such as by a nurse or pharmacist. Commercial companies say these systems cut GP workload and save about £100,000 per practice, claims reproduced in NHS England documents.

But the study authors wrote: ‘The telephone first approach shows that many problems in general practice can be dealt with over the phone. [But] the approach does not suit all patients or practices and is not a panacea for meeting demand.

‘There was no evidence to support claims that the approach would, on average, save costs or reduce use of secondary care.’

Nearly half of the patients spoken to over the phone also needed to be seen in person. 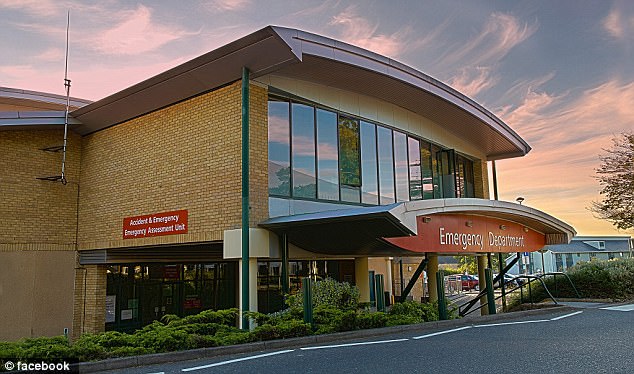 Cambridge University researchers found that while about half of patients could be dealt with over the phone, the other half needed a subsequent face-to-face appointment

Patients tended to be split into thinking it was either ‘excellent or awful’, the authors said.

There was wide variation in how well the system functioned. On average it increased GP workload by 8 per cent, but in some practices it was significantly reduced.

Some praised the fact they were seen more quickly, but one patient quoted in the report said it could be ‘almost impossible to get a call back from a doctor’.

Another said: ‘It’s sometimes difficult to explain more intimate matters to a GP over the phone. I work in an office with other people and it can be difficult to find a quiet confidential place to talk.’

Professor Helen Stokes-Lampard, of the Royal College of GPs, said: ‘[Telephone consultations] don’t necessarily reduce GP workload in the end as ten minutes are ten minutes, whether spent speaking to patients over the phone or face-to-face.’