Cameron Bancroft will appeal his suspension from cricket in the wake of the ball-tampering controversy in Cape Town.

Bancroft, who confessed to his part in the cheating scandal on Thursday night, was handed a nine-month ban for using sandpaper to illegally scuff the ball.

Captain Steve Smith and vice captain David Warner – both of whom have also since apologised – were hit with 12-month suspensions.

But Bancroft is set to contest the severity of his sanction, as Cricket Australia’s handling of the drama surrounding #SandpaperGate is increasingly called into question, The West Australian reports.

‘I have received the paper work for my sanction and I will respect the process that will come with that,’ Bancroft previously said when asked whether he had accepted the penalty.

‘I will work with my manager and we will move forward with that.’

Bancroft has sought legal advice and has until Thursday to decide whether to contest the ban, with a hearing due to be held in Melbourne on April 11. 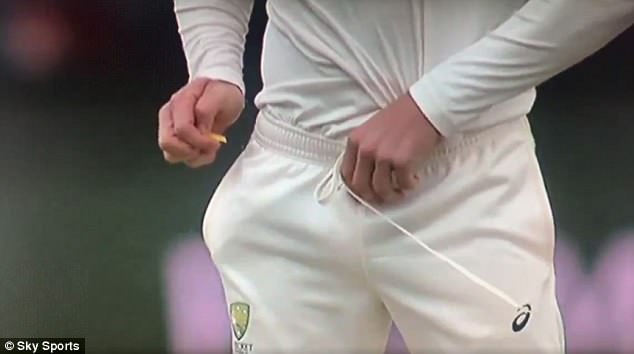 Bancroft was a nine-month suspension for roughening the ball, and has taken responsibility for the part he played in the scandal