By Andrew Young For Mail On Sunday

The Duchess of Cornwall came within seconds of disaster when her helicopter had two dramatic near misses on the same day.

The Sikorsky S76 from the Queen’s Flight twice had to veer away to avoid mid-air collisions while flying Camilla from Sandringham to her home in Wiltshire.

The helicopter first came within nine seconds of a head-on crash at a combined speed of 260mph with an aircraft carrying parachutists.

Lucky escape: The Duchess of Cornwall escaped an air disaster twice on the same day as her helicopter had two near misses

An air traffic controller at RAF Marham, Norfolk, monitoring the Royal flight, told investigators the risk of a collision had been ‘high’.

The maroon Sikorsky was then descending to land 45 minutes later when it had to make another emergency manoeuvre at 161mph to avoid a glider. The pilot said he was fortunate to have spotted the glider half a mile away as he ‘had been flying into the sun’.

Both incidents, detailed in UK Airprox Board reports, happened on July 25 last year after Camilla and Prince Charles had visited the Sandringham Flower Show.

Charles is believed to have remained in Norfolk while the helicopter transporting his wife took off at 1.11pm from Anmer Hall, the home of Prince William.

Six minutes into the flight, RAF Marham air traffic control saw a de Havilland Canada DHC-6 had taken off from Skydive Chatteris, Cambridgeshire, and was heading north-east towards the Sikorsky.

The DHC-6 pilot should have alerted RAF Lakenheath, Suffolk, but forgot to as it was his eighth flight that day. RAF Marham told RAF Lakenheath to remind other aircraft to stay away from the Royal flight. 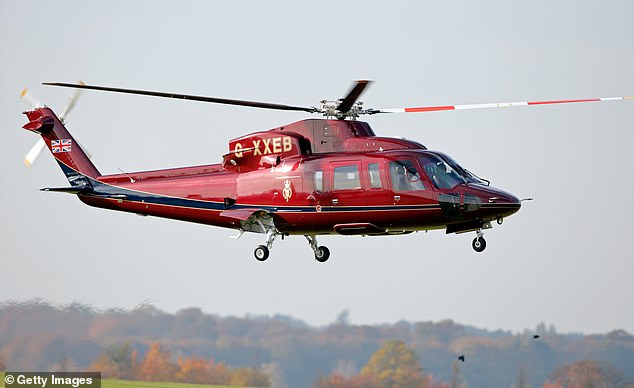 Accidents averted: She had been travelling onboard the Sikorsky S76 flight from Sandringham to her Wiltshire home

RAF Lakenheath made ‘numerous’ attempts to contact the DHC-6 pilot, who failed to respond as he was ‘distracted by passengers in the back’, the report said. 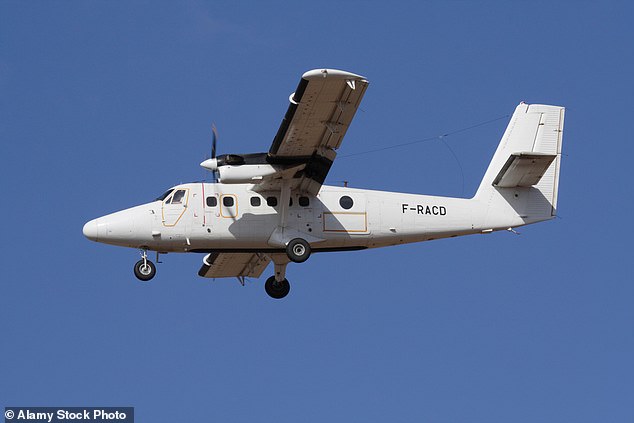 Alert: RAF Marham air traffic control saw a de Havilland Canada DHC-6 had taken off from Cambridgeshire and was heading towards the Queen’s Flight

The helicopter pilot veered right at the same time as an alert sounded in the cockpit and the RAF Marham controller told him to steer away.

The pilot of the DHC-6 saw the helicopter ‘come into his field of view from behind the instrument panel’ and also veered to the right.

The helicopter was preparing to land less than an hour later when the pilot avoided a glider at 1,800ft.