Hide and sneak: Camouflaged crocodile is spotted hiding among plants in Indonesia as it waits for unsuspecting prey

These stunning photos show a sneaky crocodile hiding among plants in water in Indonesia.

The predator was seen waiting just above the water’s surface for unsuspecting prey to wander past near the country’s capital of Jakarta.

Photographer Yensen Tan, 39, took the image earlier this month while visiting the area.

‘My favourite image from this entire day is capturing when the crocodile looks like it is trying to hide,’ he said.

Disturbing pictures showed the animal sticking its head out of the water and even opening its jaw as it looked out for food. Crocodiles in Indonesia have been known to feed on fish and snakes, but may also dine out on amphibians and mammals.

One species that lives in the country, the Siamese crocodile, can grow up to 13ft and weigh up to 154lbs. 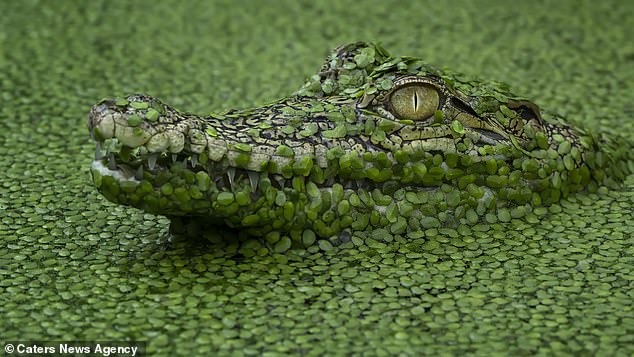 The dangerous animal was also seen rearing its head out of the water and revealing a row of razor sharp teeth. At one point it also opened its mouth 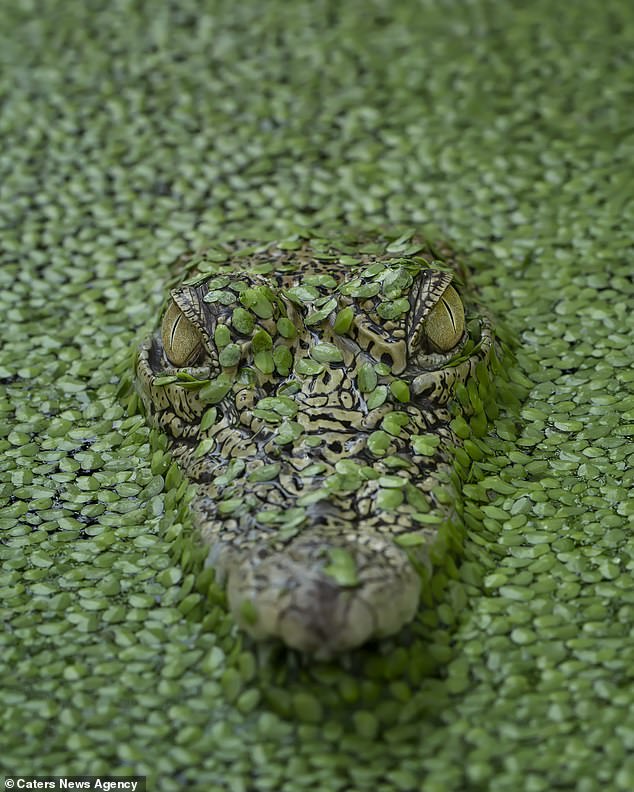 Photographer Yensen Tan, 39, spotted the small animal during a visit to the area 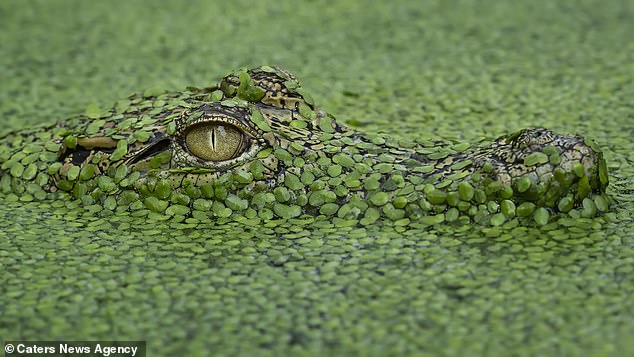