A campaign bus for Jeff Sessions’s opponent in the Alabama Senate race, Tommy Tuberville went up in flames on a highway on Wednesday night.

The DeKalb County Sheriff’s Department was forced to shut down parts of the I-59 North after the vehicle caught fire in the middle of the road near Fort Payne and Hammondville in Alabama.

‘Recreational Vehicle is currently on fire at the 227 mile marker of I-59 North, shutting down the northbound lane. The driver escaped uninjured,’ authorities said in a statement. 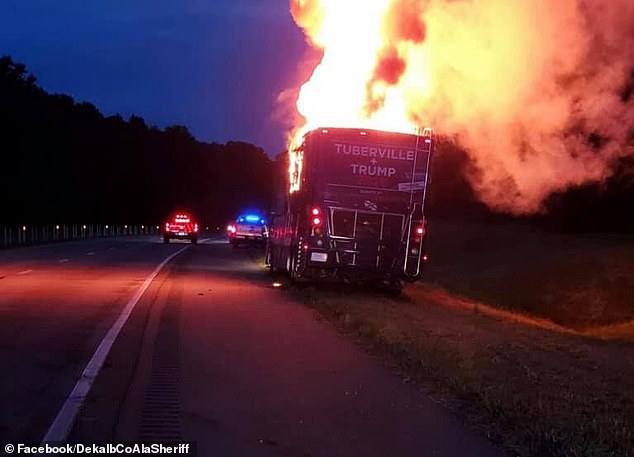 Authorities were forced to temporarily shut down parts of the highway after the vehicle caught fire near Fort Payne and Hammondville. The driver, who was the only person in the bus at the time, escaped uninjured

Photos taken at the scene showed the bus, emblazoned with a ‘Tuberville Trump 2020’ slogan, completely engulfed in flames on the shoulder lane of the highway.

The driver was the only person in the bus at the time, a spokesperson for the sheriff’s office told local news station WAFF 48.

Campaign reps for Tuberville, who has been endorsed by Trump, later released a statement saying the blaze had occurred during a test drive after maintenance.

‘Coach Tuberville’s candidacy has obviously caught fire with voters…and our bus has, too. We are thankful that no one was hurt in the incident and for the remarkable first responders who assisted immediately,’ campaign manager Paul Shashy said. 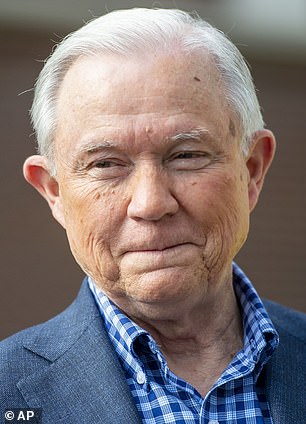 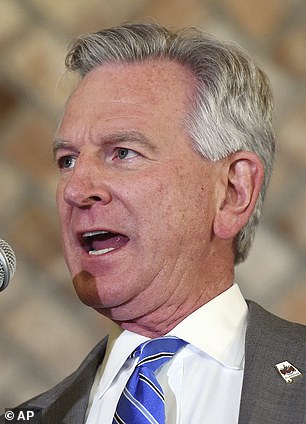 Sessions is running against Tuberville for his previously-held seat in the Senate. The two will face off in the upcoming primary this month

Tuberville and Sessions will go head to head in Alabama in the GOP primary on July 14.

The winner will face US Senator Doug Jones in November.

Sessions, who resigned from his post as US Attorney General in 2018, previously served as an Alabama state senator in 1997.

Tuberville has made Trump’s belittling of Sessions a focal point of his campaign, airing ads featuring the president’s criticisms of Sessions.