Campaigners have inflated a giant breast outside Facebook’s London headquarters to protest the company blocking a medical tattooist who used social media to show the artistically recreated nipples of breast cancer survivors.

Vicky Martin, who runs Vicky Martin Method from Wokingham, Berkshire, uses her skills as a tattooist to recreate the look of a nipple on women who’ve lost them to breast cancer.

‘It’s about giving women rights to be able to show other women that they look complete again after such a long journey,’ Vicky said.

50 campaigners, many of whom were cancer patients or survivors, descended on Facebook HQ yesterday with an inflatable breast to protest the social media giant’s blocking of Vicky Martin’s page (pictured) 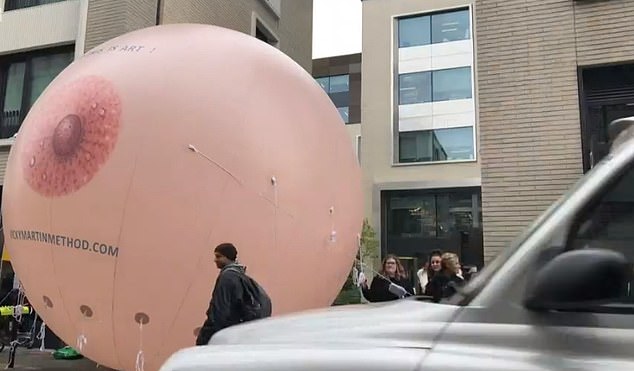 Vicky said that the tattoos give her clients new confidence, allowing them to feel ‘complete again’ after such a long journey. Pictured: The giant breast outside Facebook HQ yesterday

‘It’s about us being able to show that this is art. It’s not pornographic, it’s beautiful.’

Around 50 supporters, including current and past cancer patients, gathered with Vicky yesterday. The group are recorded singing songs like Wonderwall We Are The Champions.

One attendee, Amy Griffin, said that her newly tattooed nipple was the inspiration for the blown up breast the protesters had brought with them. 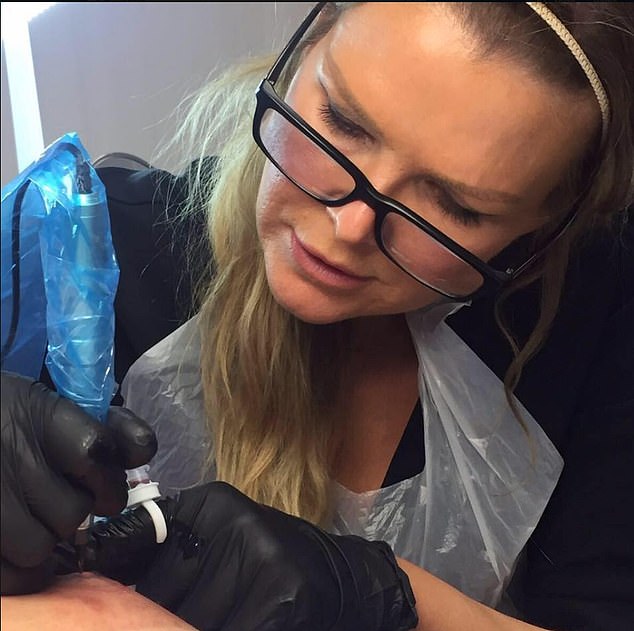 Vicky can be seen tattooing a recreation of a nipple on to a client at her studio in Wokingham, Berkshire 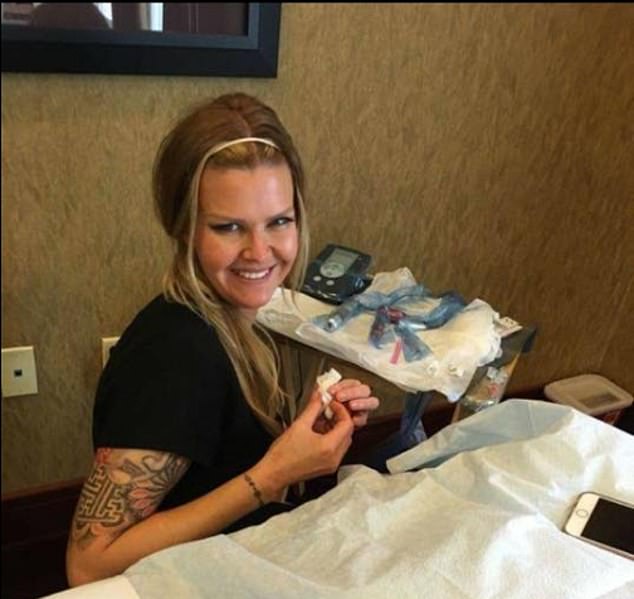 Vicky uses her skills as a tattooist to ‘draw on’ a nipple for those who have lost their breasts to cancer (Pictured: Vicky at work)

‘I was very honoured that she chose it to be the nipple of the campaign,’ Amy said.

As a cancer survivor, Amy spoke of the life-changing effect the tattoo had for her.

‘It’s so important because you go for so many operations and this is one less operation. Because it’s just a tattoo but the effect of it is amazing.’

Another protester said: ‘All we try to do is help and for it to be labelled as pornographic when it’s an image, when it’s an artist’s image is terrible.’ 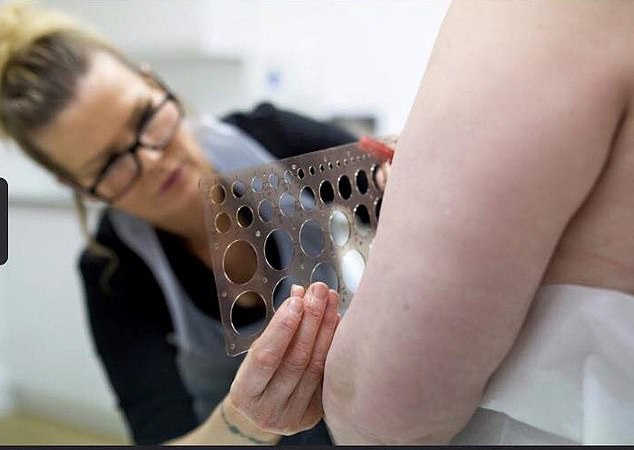 Vicky can be seen at work, sizing up the stencil for the tattoo. Facebook refused a meeting with the tattoo artist but did apologise when questioned later

Facebook refused to meet Vicky despite her efforts but the social media giant later told the BBC: ‘Vicky’s profile shouldn’t have been suspended – this was a mistake and we are sorry for the upset this has caused.

‘Whilst nudity isn’t allowed…we make exceptions for posts which are clearly intended as medicinal or educational.’

Vicky said that an ‘apology isn’t good enough’ and that she wanted to ‘work with Facebook to create new rules.’

‘Facebook is an amazing platform. If it was used correctly, it could just empower so many women, that’s all we want,’ she added.