Gander RV’s CEO is prepared to be arrested and sent to jail for flying a 3,200sq-ft American flag that the City of Statesville in North Carolina has complained violates ordinance.

Marcus Lemonis addressed the lawsuit filed May 7 against Holiday Kamper Co. – which is the parent company of the store formerly known as Camping World – on Thursday when he appeared on Bulls & Bears on Fox.

‘We have flown this flag for a long time,’ Lemonis said. ‘As I told the city…it’s not coming down under any circumstance.’

It was despite the risk of being put behind bars if he failed to respond within 30 days to the injunction filed by Statesville City Attorney Leah Messick.

Gander RV’s CEO Marcus Lemonis is prepared to be arrested and jailed for flying a 3,200ft US flag in Statesville, North Carolina 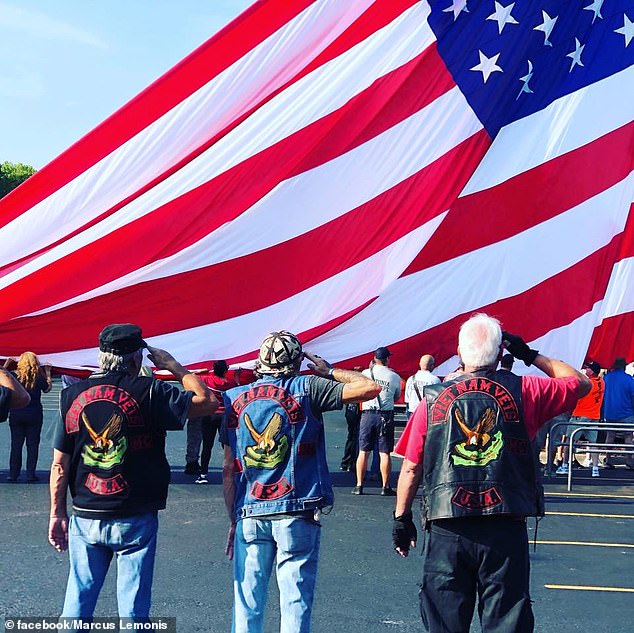 Messick has asked the court to order the company to comply after in June 2018 they applied for a permit to fly a 40×25-foot flag and it was approved, however they erected one that’s 40×80 feet.

‘I don’t normally advocate for violating ordinances and things of that nature, but we have 14,000 employees and several million customers and I have a fiduciary responsibility to follow their edict as well,’ Lemonis continued.

‘I would never want to break the law or be in contempt of any court of any kind, but in this particular situation, I understand that if I don’t comply with that order that I could and would be arrested and out in jail until the flag came down.’ 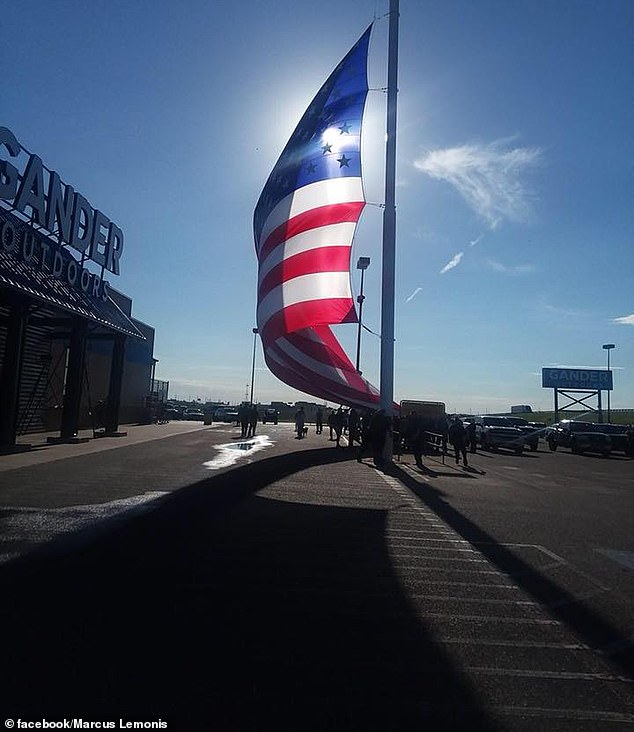 City of Statesville complained the flag violates ordinance and has fined the company $50 per day since October, so far equaling $10,000 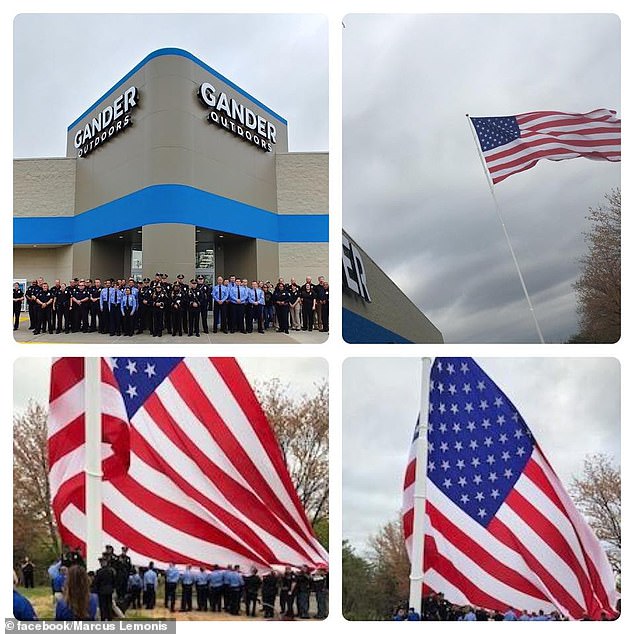 Lemonis said: ‘I don’t normally advocate for violating ordinances but we have 14,000 employees, several million customers and I have a fiduciary responsibility to follow their edict’

Lemonis is refusing to get rid of it because the same size flag flies in 180 cities where they have stores and it has not been a problem for the Federal Aviation Authority.

‘We know that before the flag pole goes up and before the flag goes up we want to ensure that people are safe. We are not messing with the FAA in terms of air traffic rules.’

In October last year the company was notified they would be fined $50 for every day the huge stars and stripes were still up. 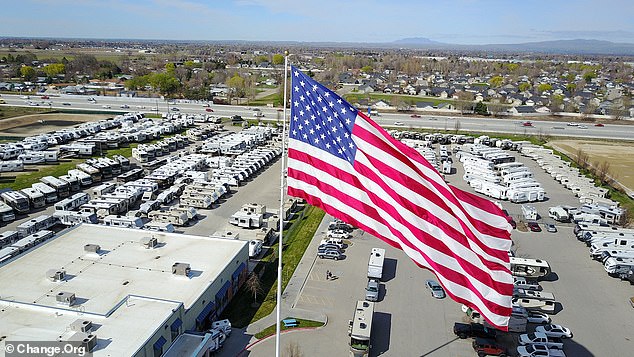 Parent company Holiday Kamper Co. has 30 days to respond to a May 7 complaint

Lemonis owns 36 million shares in the company but says he does not receive a pay check. Shares were down -0.97 percent Thursday afternoon.

A Change.org petition asking for 30,000 signatures of support to fly the flag had 207,337 by Friday morning.

Lemonis believes the top bosses at the company are willing to fork out for the fines if they have to.

‘In this particular case, I think the board of directors and the company would like to pay the fine themselves because they believe that this is a stance of our company, not just a market stance.’ 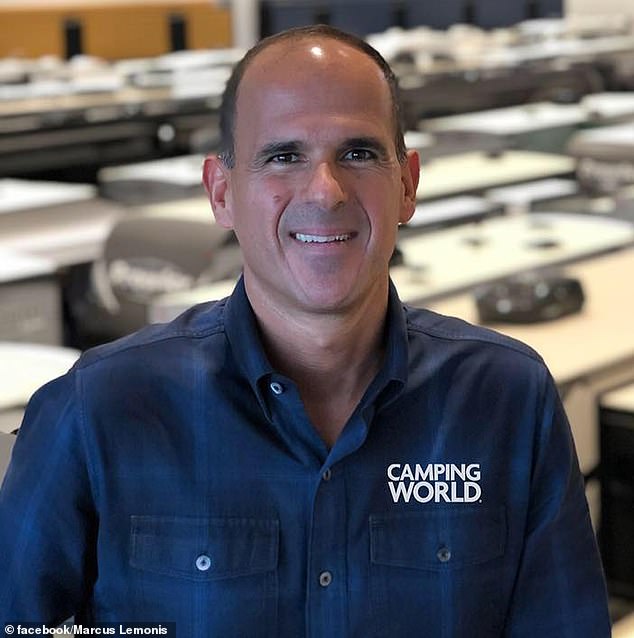 Lemonis said: ‘I understand that if I don’t comply with that order that I could and would be arrested and out in jail until the flag came down’