Can a £1 Gummy Bear made from cannabis boost your health?

Earlier this month, Dee Mani, a mother of two from Birmingham, claimed she’d cured her aggressive breast cancer by taking a drop of cannabis oil a day.

Dee had refused chemotherapy as it had failed to keep her sister alive a few years earlier when she had the disease.

After being diagnosed in March 2017, Dee, 44, read online about the reported benefits of the oil and began putting a single drop on her tongue every evening. Five months later, scans showed her cancer had gone.

Alternative: Cannabis oil is often credit by users as ‘curing’ their cancer and other diseases

Over the years, more stories such as Dee’s have emerged, with claims not only that cannabis oil can ‘cure’ cancer, but that it can successfully treat a host of other serious problems where conventional medicine has failed. Its proponents point to research that shows it can help with nerve pain, for instance. Anecdotal evidence suggests it may also prevent seizures caused by some forms of epilepsy.

And recently cannabis oil, or specifically, a chemical found in cannabis plants called cannabidiol (CBD), was given a clean bill of health by none other than the World Health Organisation.

In a report published in December, its Expert Committee on Drug Dependence said it found cannabidiol had several possible major medical applications and no adverse health outcomes.

Perhaps not surprisingly, then, CBD products have become increasingly popular. Last week Holland & Barrett reported that sales of one remedy, Jacob Hooy CBD+Oil have risen by 37 per cent since it started stocking it in January. The health food chain says it’s going to add four more cannabis oil products to its shelves next month.

Meanwhile, the Cannabis Trades Association says the number of regular users of CBD in the UK has doubled to 250,000 in the past 18 months.

However, CBD products, which include digestible gel capsules, vaping liquid to be inhaled with an e-cigarette, lip balm and even gummy bear sweets, are not cheap.

Prices range from £9.49 for a 10ml bottle (containing 240 drops) from Holland & Barrett to £400 for a 100ml bottle from some UK online suppliers: even the gummy bear sweets cost an eye-watering £1 each. 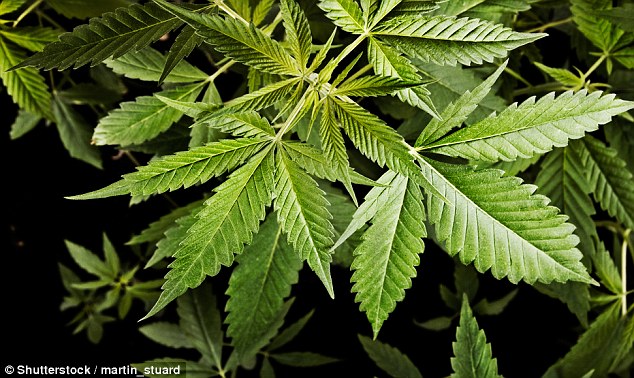 Against this are the question marks over just how effective CBD actually is. For instance, a 2016 study published in the journal BMC Complementary and Alternative Medicine, carried out at the North-West University in South Africa, showed CBD slowed the rate at which cervical cancer cells grew in the laboratory or, in some cases, even killed them off.

But these findings have not yet been replicated in humans.

And just last week, guidelines issued to 30,000 doctors in Canada highlighted that in the few conditions where cannabis has been shown to be helpful (such as for nerve pain and muscle spasticity in multiple sclerosis) the impact is only marginal, but there was plenty of evidence of side-effects.

‘We recommend against the use of cannabinoids for most conditions owing to lack of evidence of benefits and known harms,’ the document from the University of Alberta said.

Cannabis is a Schedule 1, Class B drug. When people talk about using cannabis as a medical treatment, usually it is in the form of drops of oil, taken daily, made from the stalks and leaves of cannabis plants.

The oil is said to ease pain, reduce the nausea of chemotherapy and relieve muscle spasms, amongst other things.

There are two types of oil — cannabis oil made from marijuana and containing THC, the psychoactive element of cannabis that causes a high. This form is illegal. The ‘legal’ CBD you can buy on the High Street is derived from hemp, which comes from the same plant as marijuana, but is cultivated differently. 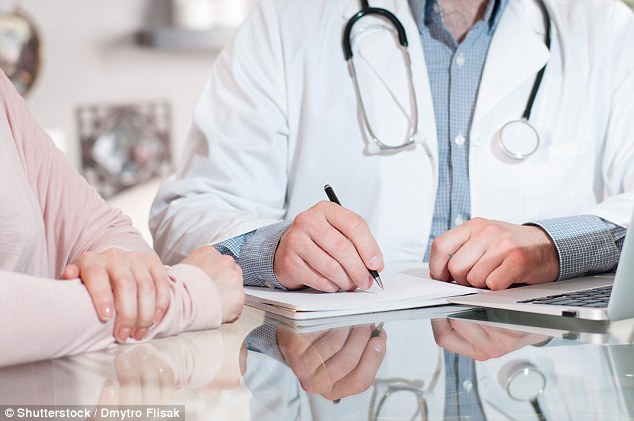 Natural wonder? The oil is said to ease pain, reduce the nausea of chemotherapy and relieve muscle spasms, amongst other things

As a result, it has very much lower levels of THC — less than 0.2 per cent compared with 50 to 80 per cent in marijuana.

The question is, will the legal CBD you get on the High Street be potent enough to make a difference? The simple answer is no, say some experts.

They say research shows that for CBD to have any beneficial effect, it must be given in much larger quantities than found in these High Street products. This is because CBD is poorly absorbed by the body as it can easily be broken down by enzymes produced in the gut and the liver.

Consequently, only a fraction of the CBD ingested reaches the bloodstream. ‘Only about 6 per cent of what is taken gets absorbed,’ says Dr Amir Englund, a researcher in psychopharmacology at the Institute of Psychiatry, Psychology and Neuroscience at King’s College London. ‘That’s why, in trials, we have to use very large doses.’

He was involved in a study, published in the American Journal of Psychiatry last December, which showed that giving a daily dose of CBD oil to mentally ill patients significantly reduced the level of psychotic symptoms such as paranoia and hallucinations.

They gave 88 patients either CBD or a dummy drug for six weeks and found a significant reduction in psychosis, with hardly any side-effects. But the dose needed was 1,000mg of (100 per cent) CBD oil, twice daily.

Most online oils, gels or sweets provide no more than a couple of hundred milligrams at most: Jacob Hooy CBD+Oil 240 drops bottle contains just 2.75 per cent CBD. Online suppliers such as CBD Oils UK, which produces a product range called Love Hemp, have oils containing up to 40 per cent CBD.

‘The daily dose of CBD from these would be very low and there are no studies to support the idea that it would have any beneficial effects,’ says Dr Englund.

In fact, none of the CBD products supplied by UK firms are allowed to be described as medicines, or make claims for their health benefits.

This is because the Medicines and Healthcare products Regulatory Authority, which regulates the sale of drugs, has classed CBD as a medicine. That means any claims must be backed up by extensive clinical trials proving its effectiveness.

So CBD products are instead sold as food supplements and suppliers are careful not to make specific claims. For example, one online UK supplier, called For The Ageless, says its products ‘support wellbeing and optimum health’.

Scientists who have spent years investigating the drug’s potential medicinal powers say there is good evidence that CBD could indeed be the basis for powerful new medicines for a range of conditions. But there is no evidence yet that placing a few drops of oil on the tongue every day, chewing a sweet made with CBD or rubbing on a lip balm will prevent ill health or combat common ailments.

‘CBD has great potential and there are many studies under way looking at its possible future uses,’ says Dr Tom Freeman, a senior academic fellow at the National Addiction Centre at King’s College London, who has been investigating CBD for the last decade.

‘But none of these products on sale has been through clinical trials and people should definitely not be using them as though they are a medicine. ‘I would recommend that people using these products seek advice from their GP for any decisions related to their treatment.’

In fact, there are already legitimate and licensed cannabis-based medicines available. British drugs firm GW Pharmaceuticals makes Sativ ex, a peppermint-flavoured mouth spray for multiple sclerosis, using CBD and tiny amounts of psychoactive THC to ease painful muscle spasms. However, the drug is so expensive, about £500 a month, that it is rarely prescribed on the NHS.

GW Pharmaceuticals has also developed a CBD-based drug for certain hard-to-treat forms of epilepsy. The drug, called Epidiolex, is awaiting approval from the U.S. Food and Drug Administration following successful trials. It is 98 per cent CBD, more than double the highest content oil sold online.

This research could take several years to bear fruit. In the meantime, celebrity-backed endorsements of cannabis oil, along with deregulation of cannabis for medical use in U.S. states such as California, Colorado and Oregon, are fuelling consumer demand.

Dr Ian Hamilton, a lecturer in mental health at York University, fears the hype around CBD may put some patients at risk — especially if anxious parents of children with epilepsy decide to abandon prescription medicines in favour of what they perceive as a more ‘natural’ treatment. ‘People who buy these CBD products are potentially wasting their money,’ he says. ‘And parents should never stop a child’s anti-epileptic medication without going to see their GP first.’

Dr Jeremy Howick, a senior researcher at the University of Oxford who specialises in studying the placebo effect, says any health-boosting benefits that cannabis oil devotees experience are probably all in the mind.

‘They are unlikely to help other than through a placebo mechanism,’ he says.

And when it comes to hemp products, it’s potentially a very expensive placebo at that.