Can a £59 DNA kit tell you which diet will really work?

If you’ve been staring forlornly at the scales and wondering why that new year diet hasn’t done the trick, help may be at hand.

A high street DNA test is claiming it can tell you which diet is most likely to be successful – based on your genetic make-up.

The test, which goes on sale today, checks for seven genes linked to body shape, the ability to lose and gain weight, fat storage and the risk of having high cholesterol levels.

Slimmers are then recommended one of 180 diet variations according to their genetic profile. But unfortunately, it’s still up to you to provide the willpower to follow it.

At £59, the myDNA test is relatively affordable compared to rivals which start at around £120.

Each testing pack contains a small cheek swabbing brush which picks up DNA. This is sealed into pre-paid packaging and sent to a laboratory in Melbourne, Australia, where the company is based.

DNA is not affected by travel or temperature change, and can be tested up to a year after a sample is taken. A week to ten days after posting, users can access their results, diet recommendations and suggested meal plans online. 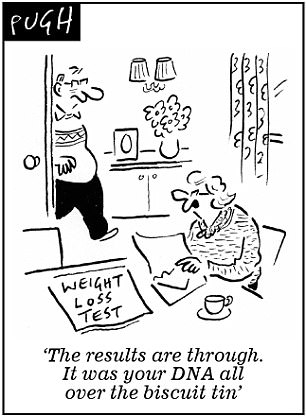 The diets are based on variations of six common regimes including high protein, high fat, high omega-3 and Mediterranean, tailored to their genetic profile. For example, certain expressions of the FTO gene – linked to the regulation of appetite – mean someone is more prone to snacking, but evidence suggests this could be offset by a high protein diet.

Some studies have suggested a genetically tailored regime can increase weight loss by as much as 40 per cent compared to a generic diet. And Harvard researchers who reviewed existing studies in 2014 found ‘preliminary but promising’ evidence suggesting diets tailored to genes could be more successful.

But other scientists are unconvinced. Professor Bill Newman, who specialises in translational genomic medicine at Manchester University, said: ‘I am very wary of the evidence regarding these tests. I do not know of any robust studies that indicate their clinical utility and certainly would not recommend them. They are not approved on the NHS as they do not meet the benchmark for clinical use.’

Genetics writer Dr Kat Arney, author of How To Code A Human, said: ‘The scientific evidence that, for anybody with a particular genotype, following one diet will be any better than any other has not yet been proven.

‘I would treat a test like this as a gimmick – but if it encourages people to learn more about their genes and motivates them to live a healthier lifestyle then that is good.’ 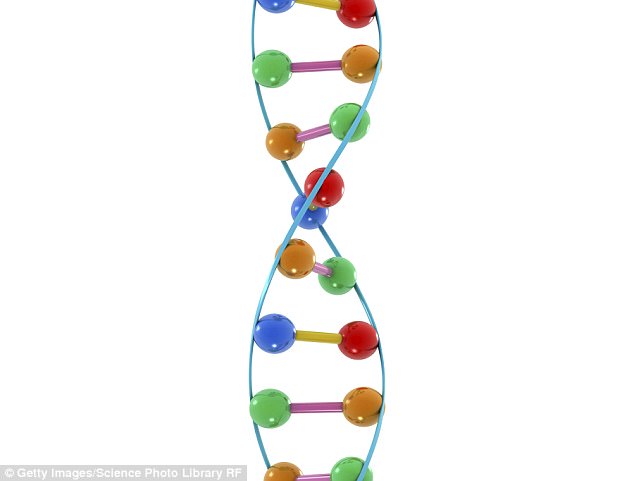 The myDNA test will be sold in LloydsPharmacy. It has been available in Australia for around a year and recently launched in Canada

The myDNA test will be sold in LloydsPharmacy. It has been available in Australia for around a year and recently launched in Canada. Dr Lior Rauchberger, myDNA’s chief executive said: ‘The whole idea is to enable you to make a better informed decision about how to manage your health based on your genetic make-up.

‘It’s about stopping trial and error, avoiding fad diets and picking one which suits your body.’

The UK’s medicines watchdog, the MHRA, does not regulate home DNA tests for weight loss as they are not considered medical devices. It said: ‘People who are concerned that their weight is affecting their health should consult with a healthcare professional.’

Similar DNA tests have caused controversy in the past. The 23andme test, which promised to reveal your risk of 254 medical conditions, was banned by the US regulator in 2013 over fears it could provide false results. It was reinstated in 2015 with permission to test for fewer conditions.