Can men get breast cancer? Dad-of-two shocked by diagnosis from small lump

A father-of-two diagnosed with breast cancer on Christmas Eve, 2019, first noticed a pea-sized lump on his nipple in 2016.

Danny Goss, from Victoria, went for an ultrasound at the time and doctors told him it was ‘just a cyst’ and ‘nothing to worry about’.

But three years later the tiny two-centimetre lump remained so Danny thought it best to head back to the doctor where he received the shock diagnosis.

This decision likely saved his life as cancer cells had started to spread through his body, sparking a battle that he’s still fighting today.

‘I didn’t know men could get breast cancer – I thought men were safe from it,’ the 46-year-old IT manager told FEMAIL.

Danny Goss, from Victoria, first noticed a pea-sized lump on his left nipple in 2016 and an ultrasound showed it was ‘just a cyst’ that was ‘nothing to worry about’ (pictured: Danny, left, with his family visiting Sydney) 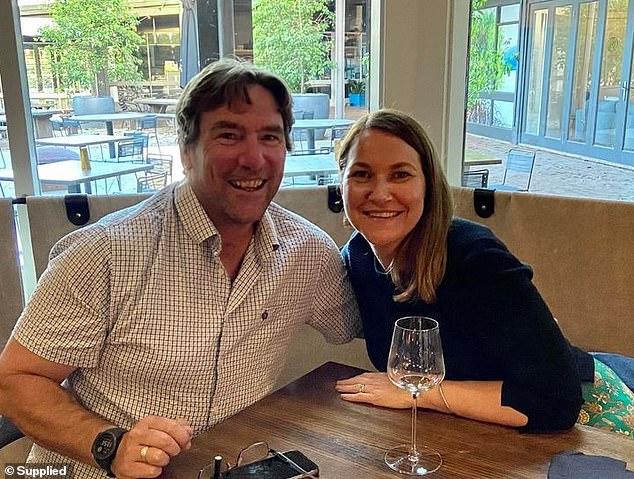 But three years later the tiny 2cm lump still hadn’t gone away, which was enough motivated Danny to get it checked again. After the second ultrasound in 2019, Danny received a call and was completely stunned after hearing the words ‘breast cancer’ (pictured with wife Belinda)

After the second ultrasound in 2019, Danny was completely stunned to receive the dreaded ‘you have breast cancer’ phone call.

‘I didn’t expect it at all and felt like everything would be okay because it had been cleared before – it’s never a good day finding out you have cancer,’ he said.

‘I was confused because I didn’t know how common it was in men. Thankfully the cancer was in the early stages when I was diagnosed.’

In Australia breast cancer is the second most common cancer, with 57 people being diagnosed every day, majority of which are women.

Around 150 men are diagnosed with breast cancer each year in Australia, mostly over the age of 50.

Danny said the small lump was his only symptom, it didn’t hurt when touched and he has no family history of breast cancer. 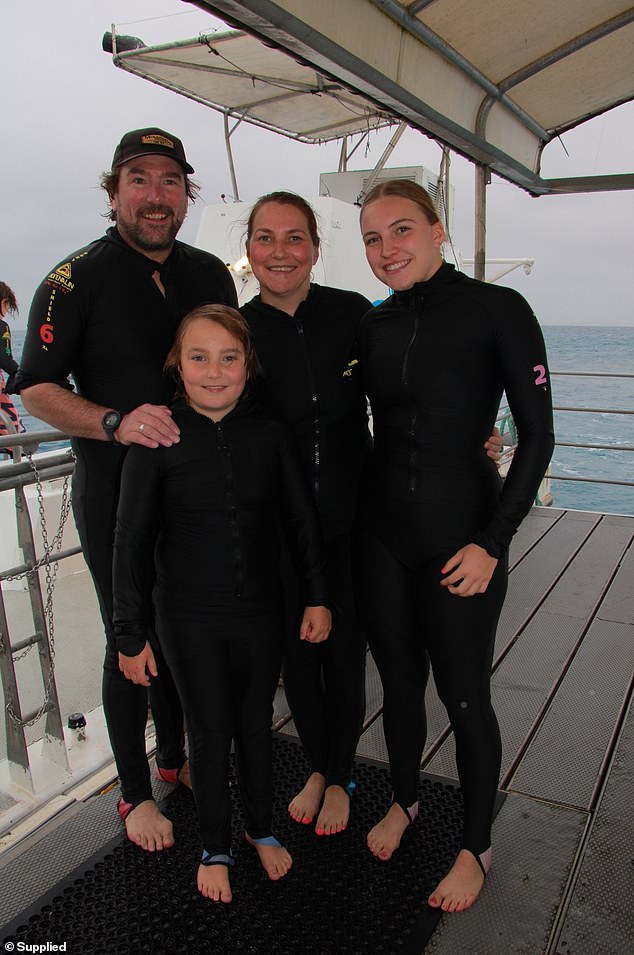 On Christmas day Danny had ‘a million thoughts and so many questions’ running through his mind. ‘Because of the holidays, I couldn’t have any resting until mid-January – it was an anxious few weeks of waiting,’ he said

After visiting the doctor, Danny had a biopsy and further scans to confirm it was cancer and then started chemotherapy in February for six months; luckily he had few side effects.

‘I lived a healthy lifestyle, don’t smoke or drink anymore, eat well and exercise when I can,’ Danny said.

‘Unfortunately things worsened as the cancer had been found in two lymph nodes – meaning it was more likely to spread elsewhere.’

He also had a mastectomy to ‘cut out a chunk’ of tissue and remove a number of lymph nodes under his arm.

Danny then had five weeks of radiotherapy which was ‘a lot easier than chemotherapy’.

What are the signs of breast cancer in men?

Symptoms of breast cancer in men are similar to those for women and include:

During the six months that followed, Danny was feeling ‘a lot better’ and doctors thought they had removed all traces of the cancer.

But in July 2021 Danny’s hip started feeling sore and while he wasn’t worried, he visited the doctor ‘just in case’.

Scans detected two cancerous spots on his hip and shoulder bones, leaving Danny to deal with another huge blow.

‘It felt like I was back to day one, but the prognosis was far worse,’ he said, adding how he had to stop himself from ‘Googling’ everything.

A high dose of radiotherapy on the hip and shoulder followed, along with another bout of chemotherapy.

Today, Danny isn’t ‘in the clear’ yet, takes three evening pills daily and has injections once a month with hope to kill any remaining traces of cancer completely. 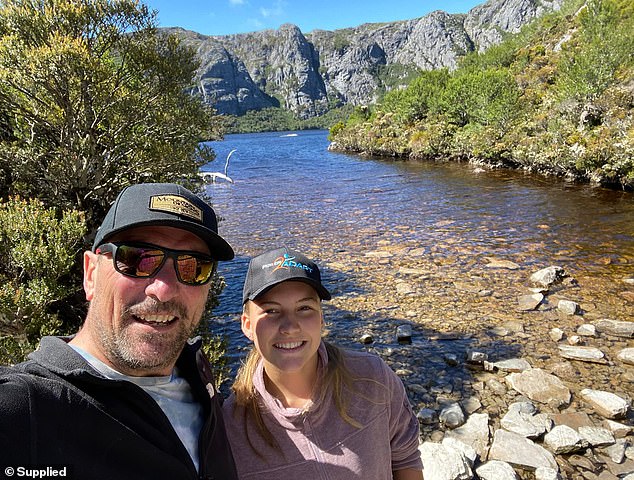 Danny had chemotherapy and radiotherapy which he thought cleared the cancer, but unfortunately in July 2021 doctors found it had spread to his shoulder and hip. A high dose of radiotherapy on the hip and shoulder followed, along with another bout of chemotherapy (pictured with his daughter)

‘During my checkups doctors measure tumour markers in the blood, and mine continued to rise over the last few months but then dropped all of a sudden, which is great to hear.’

Despite living with cancer, Danny has continued working and in December completed a 70km hike over five days in Tasmania with his daughter and extended family. 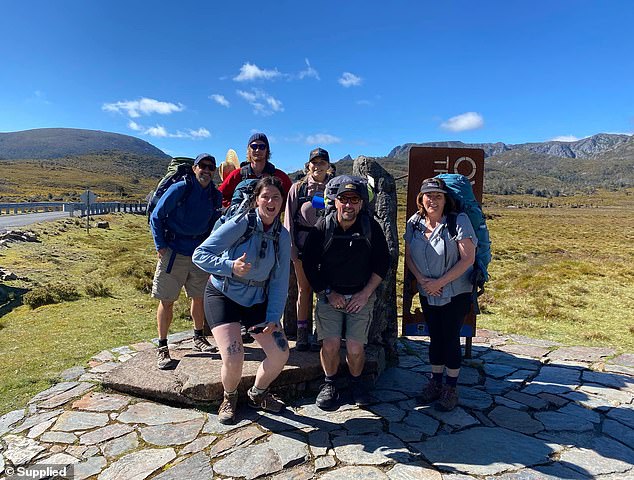 Today, Danny isn’t ‘in the clear’ yet and takes three evening pills daily and has injections once a month with hope to kill any remaining traces of cancer completely

Danny hopes his story can inspire other men to be diligent with health checks and to raise awareness that men can also be diagnosed with breast cancer.

‘I’m so glad I went to get checked when I did. Sometimes I think what would’ve happened had I not gone back,’ he said.

‘I knew something was wrong because the lump hadn’t gone away; I thought “this isn’t right”.

‘Even if the results came back clear the second time round, I probably would’ve had it removed anyway just to be sure.’