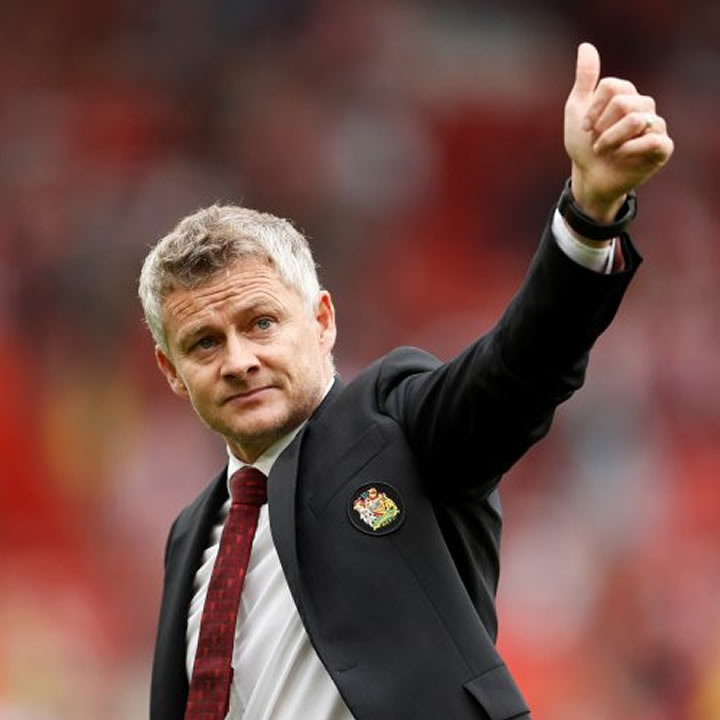 A lot of sportswriters – perhaps us included – have had to eat humble pie because of the things we’ve said about Manchester United’s Norwegian manager Ole Gunnar Solskjaer in the past. If you’d asked us six months ago whether we thought he’d still be in the job today, we’d have laughed and said no. Back then, United was stuck in mid-table in the Premier League and on their way out of the Champions League. The picture looks very different today, with United second in the table and through to the quarter-finals of the Europa League – and yet some of the same problems still remain.

We’re writing this in the aftermath of United’s FA Cup quarter-final loss to Leicester City. Before we go any further, we should say that there’s no shame in any team losing to Leicester. Under Brendan Rogers, the Foxes are showing signs of becoming the potent force they were in 2016 again. They’ll finish in the top three in the Premier League this season, play in the Champions League next term, and who knows – they might even win the FA Cup this year. They deserved to beat Manchester United. What they probably didn’t expect, though, was for their opponents to be so tepid on the big day.

For all the progress that appears to be happening under Solskjaer, United still seems to have an allergy to winning trophies. They’ve gone out in the cup semi-finals on multiple occasions. This time it was a quarter-final, and the result was the same. They should, in theory, ease past Granada in this season’s Europa League quarter-final but given their established track record of bottling it when it really matters, it’s hard for United fans to be confident. It’s just as likely that they’ll finish the season in second or third place with Champions League football to look forward to but no trophies again. If that’s the case, one has to wonder whether Solskjaer – likeable as he is – has taken the club as far as he can. He recently said that Manchester City are “too far ahead” of his team to think about. Surely thinking about it is exactly what he should be doing if he intends to catch up one day?

There are times when Solskjaer’s tactical approach leaves you scratching your head. The defeat against Leicester was one of those times. It was obvious that Fred was having a terrible game even before he gave the ball away for Leicester’s opener, with misplaced passes strewn everywhere. He didn’t improve after the big mistake. It would have made sense to take him off at halftime. Solksjaer didn’t. Nor did he take him off when he made four changes at once in the 64th minute. In fact, Fred remained on the pitch until Diallo was sent on in his place in the 84th minute – by which time it was too late to change the outcome of the match. Either Solsjkaer could see something promising in Fred’s game that nobody else could see, or he wasn’t instantly sure to do about the misfiring Brazilian. His game plan didn’t involve making changes that early, and he couldn’t adapt.

Something else Solskjaer said in the aftermath of the loss should also set a few alarm bells ringing. Partially blaming the defeat on the number of games United have played in the past three weeks, Solskjaer complained that some of the players had played too much football, and others haven’t had enough. He mentioned Antony Martial, Donny van de Beek, and Paul Pogba specifically. That, surely, is entirely within his control. If players have played too much and are tired, he can drop them. If players haven’t played enough and have more to give, he can use them. It was a strange thing to say, and yet it seems to have escaped the attention of most pundits.

There’s a suspicion among some Manchester United fans that even now, approaching two and a half years in the role, Solskjaer still doesn’t know his best team. He can’t accommodate van de Beek, who appears to be a shadow of the player he was at Ajax. Diallo can’t get a look-in. Matic and Fred start together too often despite being a liability together. The impression one gets is a little like the feeling of playing Starburst, a popular online slots game. It’s an extremely complex game – even by the high standard of modern online slots – and you frequently can’t score big wins even if you have all of the right big-money symbols in view at the same time. It is possible to win enormous amounts of money from playing Bonanza, but it occasionally feels like you don’t know how it’s happening. Solskjaer has the air of a bewildered online slots player about him when doing post-game interviews sometimes. When his team wins, he smiles almost in disbelief. When they lose, he looks like he doesn’t understand the reasons why.

We shouldn’t be quite that simplistic about Solskjaer. We’ve been here before and been proven wrong. The team is in a significantly better state now than it was when he took over. Results are better, and players and fans are happier. The club is getting further in most competitions and performing better in the league. Everything seems to be going in the right direction, but the final question the coach has to answer is whether he can take that final step. Can he turn potential into success? Can he get Manchester United past their semi and quarter-final nerves and land them a trophy? Perhaps more importantly than that, can he do it this season? If the club wins this season’s Europa League and finishes second in the Premier League, all the conversations about his lack of trophy success are gone, and they’ll start next season as title contenders. Come up short again, and the suspicion that Solskjaer can’t take them any further will remain. It’s in his hands to shake that suspicion off, but he’ll need far better days than the one he had against Leicester if he’s to succeed.