Can you be made redundant while on furlough? Firms axe staff

There are serious concerns that companies across Britain are set to make staff redundant after putting them on the Government’s furlough scheme designed specifically to prevent mass job losses.

When Chancellor Rishi Sunak announced last week the coronavirus job retention scheme was being extended until the end of October, and would not be altered until August, he said the move would protect ‘the livelihoods of the British people and our future economic prospects.’

But This is Money has spoken to a number of furloughed workers who are now being told they will may lose their jobs.

One employee in an office based in London told This is Money 35 out of 42 staff placed on furlough at the beginning of April would be made redundant by the end of June, while another’s employer said once it had to pick up some of the tab people would have to go.

The worker, who has been furloughed since the scheme began in March, has been told that due to upcoming changes to the job retention scheme, with companies expected to contribute to the salaries of furloughed staff from August, her position is being made redundant at the end of July.

Neither wish to be named or identified in fear of retaliation from their employers.

Currently, the Government pays 80 per cent of furloughed employees’ wages up to £2,500 a month.

At present, it is costing the Treasury around £14billion a month and 8million jobs are currently being paid through it, close to a quarter of the 33.14million people employed in Britain at the end of March.

The workers that we have spoken to are likely to be the tip of the iceberg, with major companies announcing widespread redundancies in recent days, including aerospace giant Rolls-Royce and housebuilder Vistry.

More than 70 per cent of companies had furloughed at least a portion of their staff, according to a survey from the British Chamber of Commerce.

Warren East, Rolls-Royce chief executive, said that with two-thirds of employees situated in the UK the axe would likely fall most heavily here.

He said: ‘We must take difficult decisions to see our business through these unprecedented times.

‘Governments across the world are doing what they can to assist businesses in the short-term, but we must respond to market conditions for the medium-term until the world of aviation is flying again at scale, and governments cannot replace sustainable customer demand that is simply not there.’ 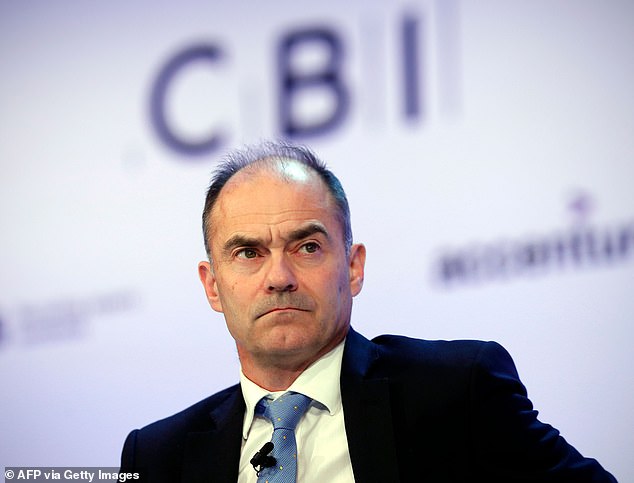 Rolls-Royce put 4,000 UK staff on furlough on 7 May. Asked whether a longer extension to the furlough scheme could make a difference, Mr East told BBC Radio 4’s Today Programme Wednesday morning: ‘This is about adjusting our capacity to meet future demand.

‘We’re very grateful for the help the government has provided to help us through the immediate trough, but no government can extend things like furlough schemes many years into the future, so we have to look after ourselves.’

No government can extend things like furlough schemes many years into the future, so we have to look after ourselves

Rishi Sunak announced the extension to the furlough scheme on 12 May to try and stave off mass redundancies and fears of a ‘cliff edge’ when the job retention scheme was initially supposed to end at the end of June.

The announcement came just before businesses looking to make more than 100 redundancies after the furlough scheme ended would have had to announce a 45-day consultation into doing so.

While the extension may still stave off job losses, there is the possibility of more announcements like Rolls Royce’s to come, as companies have to increasingly contribute more to the cost of paying furloughed workers or bring them back into the fold. 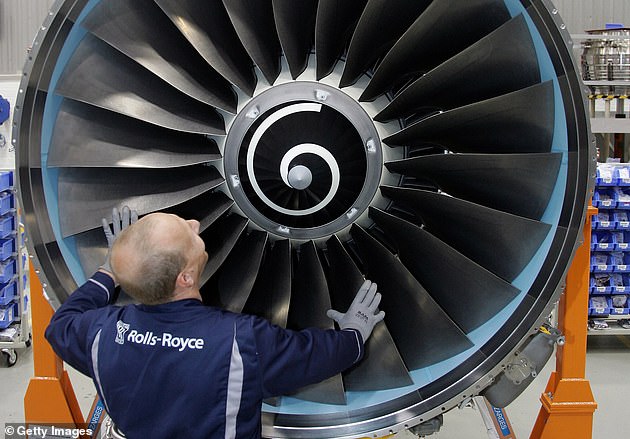 Rolls-Royce makes engines for Airbus and Boeing, but orders have dried up as planes have been grounded and having furloughed staff it now plans redundancies

Vistry Group, previously known as Bovis Homes, had already announced in February that 8 per cent of its workforce would be cut following a tie-up with rival Galliford Try in January, but said Wednesday morning it anticipated ‘further headcount reductions.’

Is your job threatened?

Has your company furloughed you and will now make you redundant? Get in touch: editor@thisismoney.co.uk

A Vistry spokesperson told This is Money the redundancies were the result of both the merger with Galliford Try, which trebled the group’s size, along with the coronavirus outbreak, which it said ‘has presented the most challenging period in our industry’s long history.’

They added: ‘We have used and will use the furlough scheme fairly, responsibly and as it was intended – to protect people who would have otherwise lost their jobs as a result of coronavirus, to date topping up all salaries to 100 per cent.’

Rachel Farr, an employment lawyer at Baker McKenzie, said employers would have ‘some difficult decisions’ to make after the Chancellor’s announcement last week.

She said: ‘An employer which has furloughed its staff will have to consider whether it will have the work to bring employees back to work full-time, on short hours, or to make them redundant if there is no longer the work for them to do.’

Given the fact the job retention scheme was specifically designed to prevent mass unemployment, This is Money asked the Treasury if it planned to reprimand or take any action against companies which took taxpayer money and then cut staff once the salary taps were tightened.

Can employees be made redundant while on furlough?

For employees firstly furloughed and then told they are at risk of being made redundant, unfortunately there is no extra protection by virtue of them being on the Government-funded scheme.

While those furloughed when the scheme was first launched are unable to communicate with their employers or do any work for them, they can still be made redundant during that time, and there is no requirement for a company to bring them back to work at the end of a furlough period.

Instead, they will simply be covered by normal redundancy rules and protections.

Rachel Farr said: ‘Although the scheme is called the coronavirus job retention scheme, the government says that employers can consult with employees about possible redundancies while they are on furlough, and there is nothing in the guidance to say employers cannot make redundancies either during or at the end of the furlough period.

‘This is different from some other countries such as Italy, where redundancies were banned for a fixed period.’

‘Those with more than two years’ service are also entitled to a statutory redundancy payment, and to bring a claim for unfair dismissal if they are unfairly selected for redundancy or the employer does not follow a fair process.’

Redundancy also requires your employer to consult with you, while there must be consultations between your employer and an employee or trade union representative beginning 30 or 45 days before any dismissals, if your employer is making between 20 and 99 or more than 100 employees redundant, respectively.

Furlough doesn’t change employment rights, and furloughed employees should be reassured that they have the same protection in employment law as always

‘Furlough doesn’t change employment rights however, and furloughed employees should be reassured that they have the same protection in employment law as always.

‘Employers considering redundancy will need to proceed with caution and ensure that they comply with the usual requirements regarding consultation, fair selection, searching for suitable alternative employment, notice periods and payment to avoid any suggestion of an unfair dismissal.’

More information on redundancy rights can be found here, while the Chancellor also plans to release more details on the furlough extension before the end of May.