Dog tired? Pet owner struggles in vain to shift her huge hound after it lies down in the road and refuses to move

A dog owner in Canada struggled to motivate her dog to keep walking in a hilarious video.

The clip posted to YouTube by ViralHog shows a woman in Leduc, Alberta, Canada, wrestling with her dog which has decided to lie down in the middle of the road.

Neighbours recorded the woman who struggled to get her dog back on its feet on April 29.

In the video the dog owner is seen trying to lift the dog onto its feet during a walk after it lay down in the middle of a road. 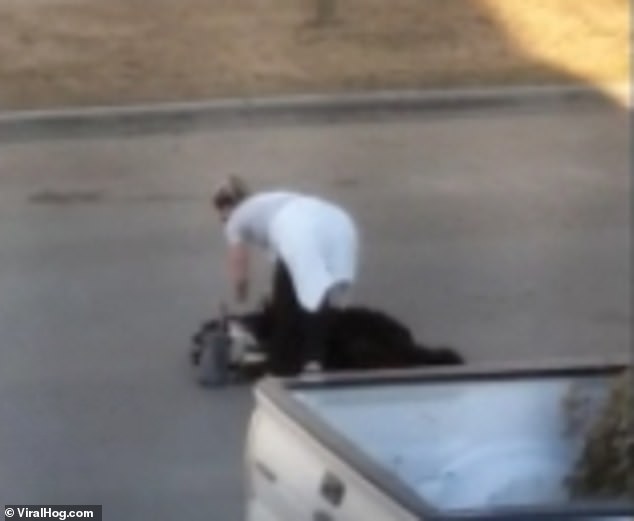 Every time its owner stands it up though, the dog lies back down.

The neighbours that filmed the humorous struggle can be heard laughing as they watch the chaos.

They told ViralHog: “We saw a neighbour walking her large dog across the road when the dog decided he wasn’t walking anymore. He laid down in the middle of the road and refused to get back up regardless of how hard she struggled with him.

‘She tried to physically lift him up, but he probably weighed as much as she did. 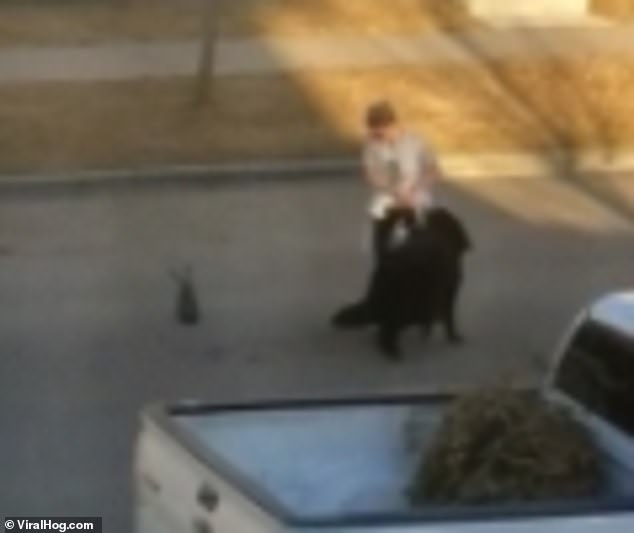 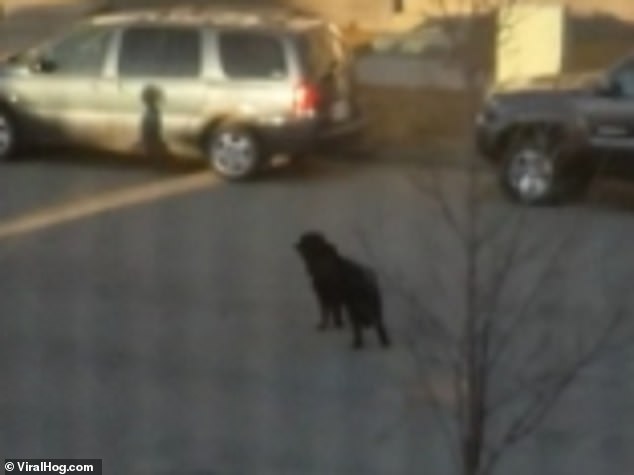 The woman walks away and the fun is over for the dog which, not wanting to be left behind, bounds after her

‘The dog resorted to playfully biting her while she tried to get him up and rolling around to avoid standing up. She eventually just took his leash off and walked away, and as soon as she did the dog jumped up and ran after her full of energy.

‘She was mad at him as she walked away which made it even funnier because he was bounding around like a happy puppy.”

One person commented on the video: ‘That there’s a millennial dog.’

Another called the dog a ‘clever girl’.