Tutankhamun, the boy king of ancient Egypt, came to power only after two of his sisters jointly held the throne, according to an Egyptologist at Canada’s Universite du Quebec a Montreal.

Researchers have known for more than half a century that a queen had reigned before Tutankhamun, whose intact tomb was discovered in 1922, sparking global interest in Egyptology.

Some thought she was Nefertiti, the sister and wife of Akhenaten, who proclaimed herself ‘king’ following his death. Others believed it to be the eldest daughter Princess Meritaten.

Valerie Angenot, an Egyptologist at Canada’s Universite du Quebec a Montreal is suggesting that two daughters of Akhenaten ruled before Tutankhamun 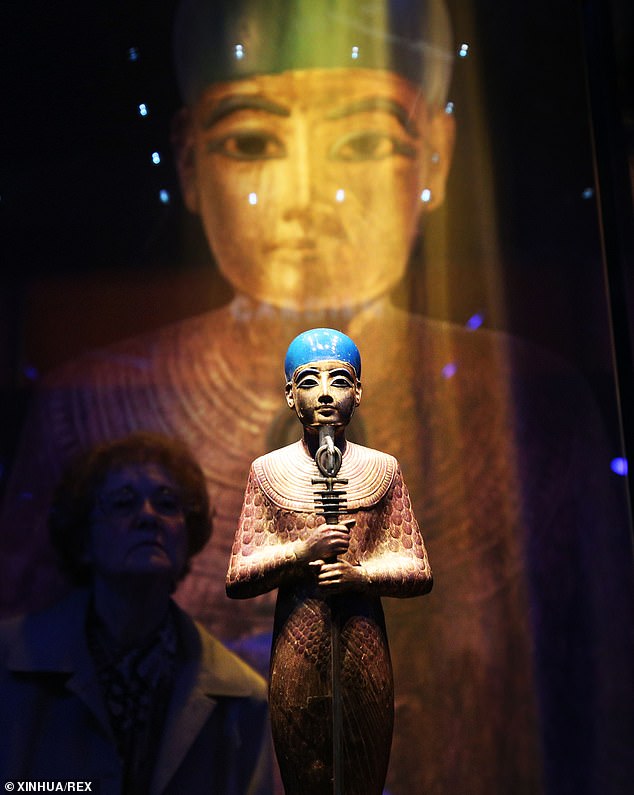 It had long been known that a queen reigned before Tutankhamun, but now an Egyptologist is suggesting that two daughters of Akhenaten ruled before him. Pictured, an artifact from Tutankhamun’s tomb 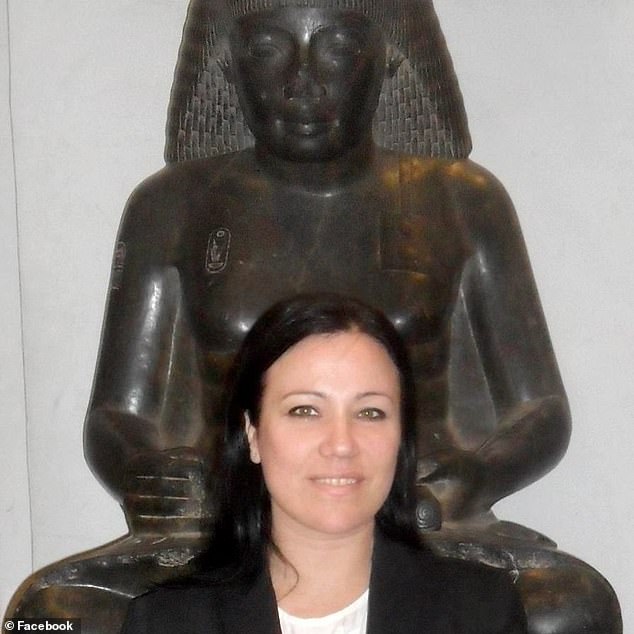 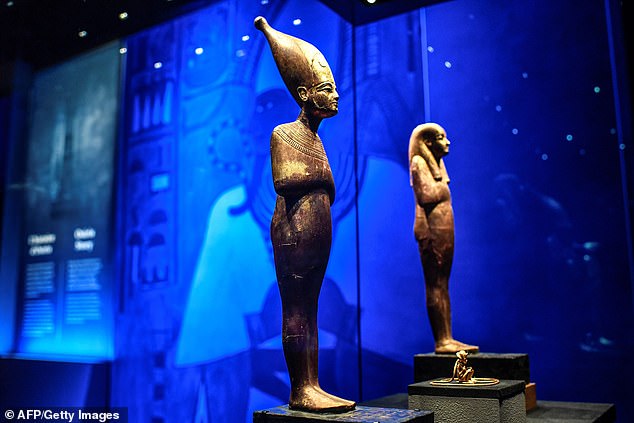 UQAM’s Valerie Angenot says she has now conducted an analysis based on the study of symbols which revealed that two daughters of Akhenaten seized power at his death while their brother Tutankhamun, aged four or five at the time, was too young to rule.

Akhenaten had six daughters before having his son later on, who had a frail constitution and was plagued by illness throughout his life.

Akhenaten married Meritaten to prepare her to one day rule, but some inscriptions also indicate he was grooming another daughter Neferneferuaten Tasherit, for rule.

They jointly ascended to the throne under a common name, according to Angenot. 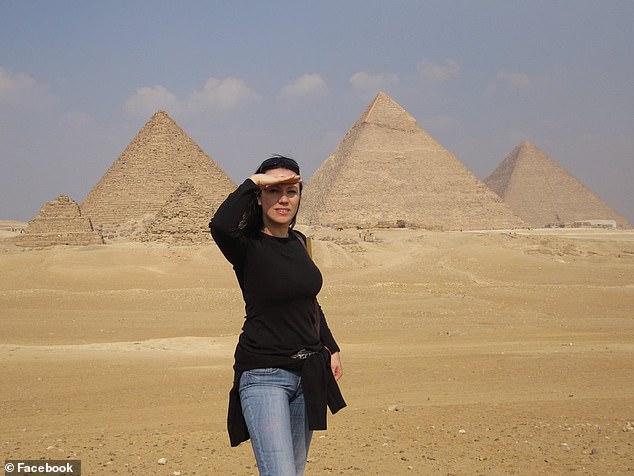 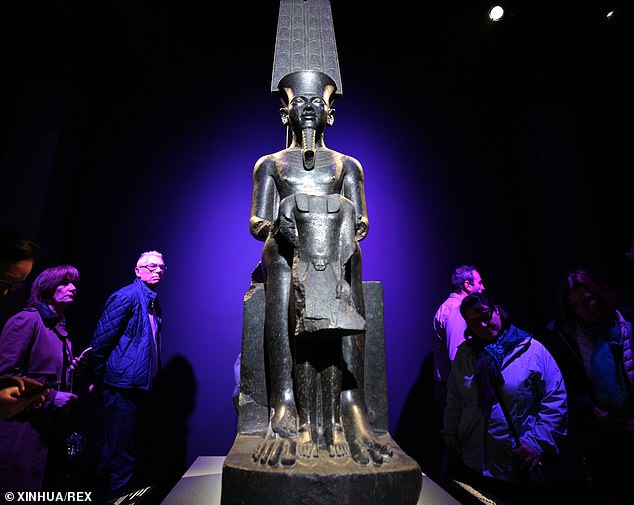 Akhenaten had six daughters before having his son, Tutankhamun, later on

Her work was presented at American Research Center in Egypt annual conference in Alexandria, Virginia, where she said it was well received.

‘Egyptology is a very conservative discipline, but my idea was surprisingly well received, except for two colleagues who fiercely opposed it,’ she said.

Angenot added she hoped it could advance knowledge on succession issues in Ancient Egypt and of the Amarna Period, the era of the reign of Akhenaten, (1353-1336 BCE), who was known as the ‘heretic king.’ 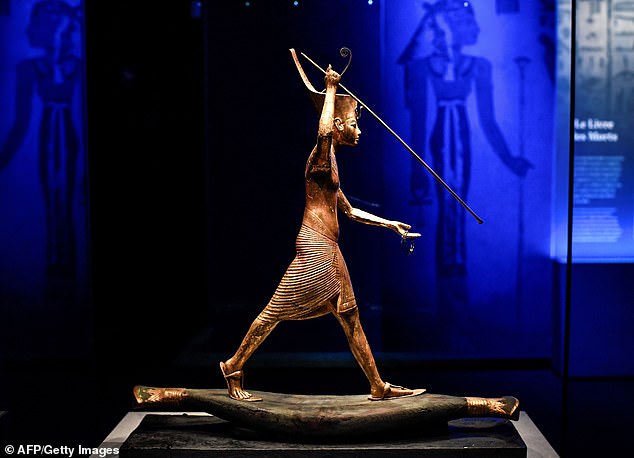 A statuette of Tutankhamun is displayed during the exhibition ‘Tutankhamun,Treasures of the Golden Pharaoh’ at La Villette in Paris

Earlier in the week, Egypt said archaeologists had uncovered an ancient tomb with mummies believed to date back about 2,000 years in the southern city of Aswan.

The Antiquities Ministry said the tomb is from the Greco-Roman period, which began with Alexander the Great in 332 B.C.

It is located near one of Aswan’s landmarks, the Mausoleum of Aga Khan, who lobbied for Muslim rights in India and who was buried there after his death in 1957.