Joel Dauncey, 34, pleaded no contest to misdemeanor harassment of a sexual or intimate body part. He bit a 14-year-old girl’s breast during a Green Day concert in Portland, Oregon

A Canadian man who bit a 14-year-old girl on her right breast during a Green Day concert in Portland, Oregon, last month has been sentenced to 30 days in jail.

Joel Dauncey of Vancouver pleaded no contest Monday to misdemeanor harassment of a sexual or intimate body part.

Court documents say the teen told police she was dancing next to her mother at the August 2 concert when a stranger bit her. She rated the pain as ‘3’ on a 1-10 scale.

A woman working at the concert told police that Dauncey had been cut off from buying alcohol. The worker said she witnessed the bite.

The 34-year-old man told investigators he does not remember the incident at Portland’s Moda Center. He was drunk when he bit the girl’s breast.

OregonLive reports Dauncey made no statement at his sentencing.

He will not be required to be register as a sex offender because his crime is not considered a sex offense. Dauncey will be on probation for 11 months after his release.

As part of his probation, Dauncey will not be allowed to drink alcohol. 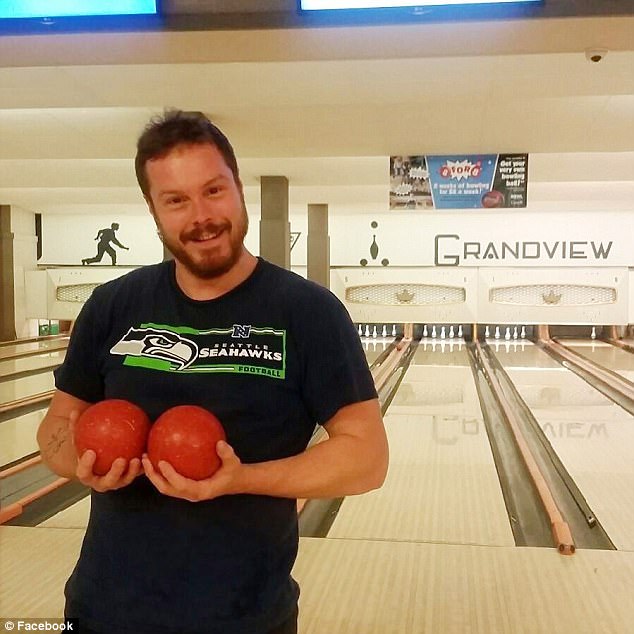 Dauncey said he does not remember what happened and was drunk at the time. He was sentenced to 30 days in jail and 11 months of probation 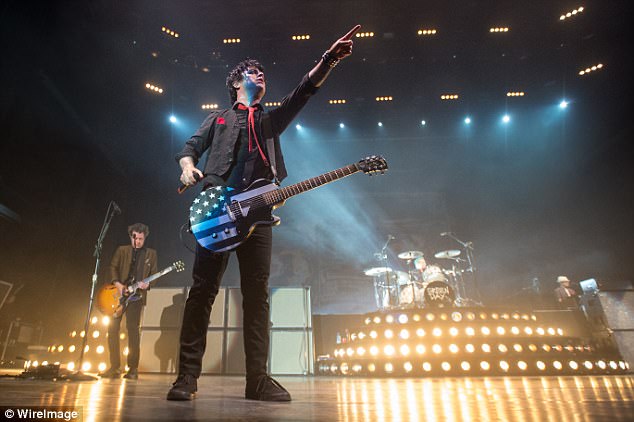 Pictured is Green Day’s Billie Joe Armstrong performing in Alabama on September 6, 2017. Dauncey will not be allowed to drink alcohol while he is on probation

According to an affidavit, the victim said she was dancing with her mother who was standing on her left side during the concert and Dauncey to the right.

The young girl, court records show, then ‘turned to her mother and said, “he bit me on my boob.”‘

Dauncey had traveled that day from Vancouver, Canada for the Green Day concert.

A staff member working at the arena also reported seeing Dauncey ‘lean and bite’ the child on the breast.

Staff members were monitoring Dauncey after he was cut off from drinking alcohol due to his previous behavior. 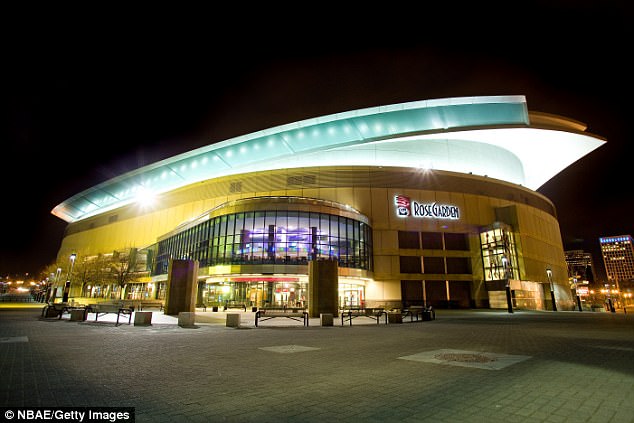 Pictured is the Moda Center, where the incident took place. The 14-year-old girl rated the physical pain she experienced from the incident as a ‘3’ on a scale of 1 to 10

Dauncey at first acknowledged why he was being arrested following the complaint, but later changed his account and ‘denied doing such a thing,’ a court affidavit said.

Dauncey was previously arraigned on allegations of third-degree sexual abuse and harassment.

Third-degree sexual abuse is punishable by up to one year in prison and up to $6,250 in fines.

Management for The Moda Center and Rose Quarter facility said in a statement following the incident: ‘The safety of all Rose Quarter guests is our highest priority.’

‘Every effort is made to monitor the behavior of our guests in and around our venues.’

‘In this instance,’ the statement continues, ‘the behavior of a guest escalated to the level of involving law enforcement.’

‘This matter is now in the hands of those authorities,’ the statement added.