Expats will be treated like ‘second class citizens’ and find it ‘difficult’ to make friends with locals if they move to Australia, a Canadian woman who emigrated almost four years ago has claimed.

Lauren Meisner, 29, left Ontario in central Canada on September 29, 2016 for the sunnier climes of Sydney to live with her Australian boyfriend, Sean. The couple got engaged in December 2018.

Since then, Lauren has founded a beauty news website, launched her own podcast and secured a partnership visa, but it seems life hasn’t always been easy.

Earlier this week, a series of YouTube videos resurfaced of the blogger revealing the culture shocks she struggled with and everything she wishes she’d known before relocating – from the weather and apartments to saving and career progression.

Lauren warned others it’s likely they’ll need to take a ‘step back’ in their career and accept a lower quality of life for the first few years after moving Down Under.

Lauren Meisner, 29, who left Ontario in central Canada on September 29, 2016 for the sunnier climes of Sydney to be closer to her boyfriend, Sean

What she wishes she had known

Lauren said she found it unexpectedly difficult to forge meaningful friendships, especially with Australians whose social circles she found it hard to break into.

‘It’s quite difficult to make friends with locals… they have groups already established and it’s really difficult to penetrate them,’ she said.

She said it’s easier to make friends with backpackers who are ‘in it together’, but expats typically move on to other destinations and rarely plan to stay forever which can leave the temporary residents who remain feeling lonely and isolated.

THE STRESS AND UNCERTAINTY OF VISAS

Lauren came to Australia on a working holiday visa and then accepted sponsorship from her employer, before eventually securing a partnership visa through her relationship with Sean.

And despite the white sandy beaches, turquoise waters and laid-back lifestyle that Australia is renowned for, she said being on any kind of visa makes things extremely stressful.

‘If you’re moving here thinking that you won’t be kind of a second class citizen, you will be – you’re not native to that country [so] your status is up in the air and you have to work extra hard to get what you want,’ she said. 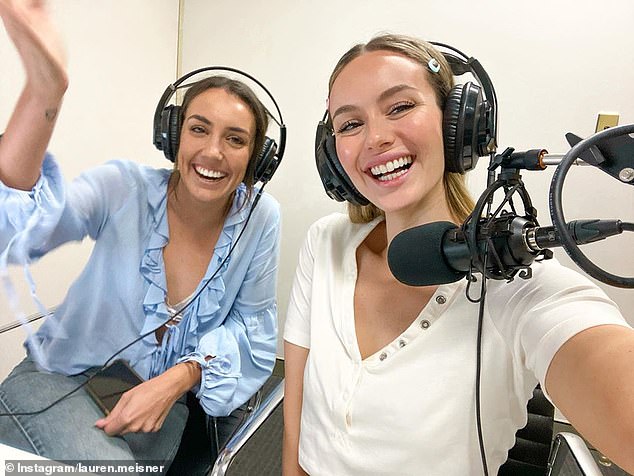 If she was starting again, Lauren said she would apply for a second year working holiday visa instead of immediately accepting sponsorship from her employer

If she was starting again, Lauren said she would apply for a second year working holiday visa instead of immediately accepting sponsorship, which left her feeling trapped in a job she hated for as long as she wished to remain in Australia.

While the partnership visa freed her to work elsewhere, those rights would be revoked if her relationship with Sean ever ended, adding a constant undercurrent of insecurity to her life Down Under.

‘So many things are up in the air when you’re on a visa and it makes your time in that country much more stressful,’ she said. 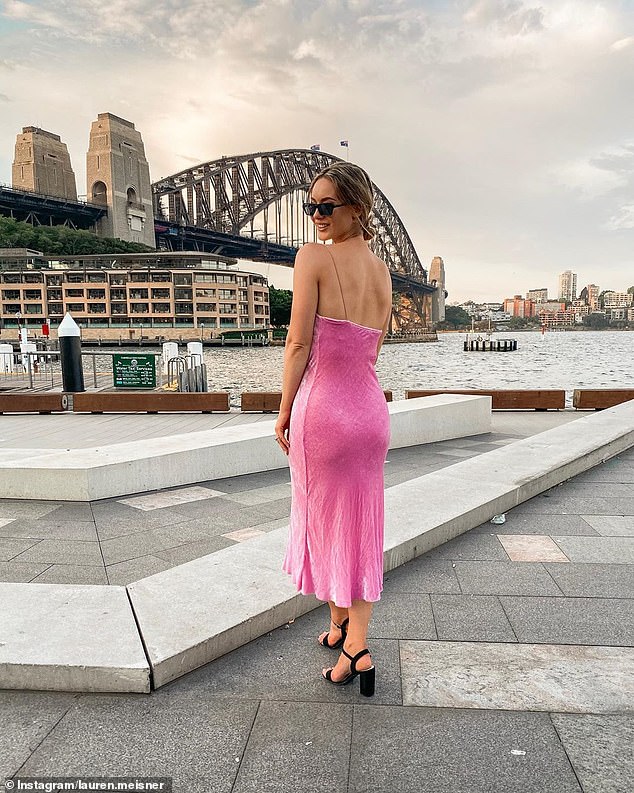 IT WILL BRING YOUR LIFE ‘BACKWARDS’

Lauren said expats should expect life to be ‘really difficult for a long time’ because people who aren’t born in Australia are treated like ‘second class citizens’ due to the previously mentioned limitations of visas and working rights.

‘You’re not going to have the same quality of life back home,’ she said.

She warned those considering emigration that it’s likely they will need to take ‘a step back’ in their career or even change industries entirely to secure sponsorship or find a well-paid job. 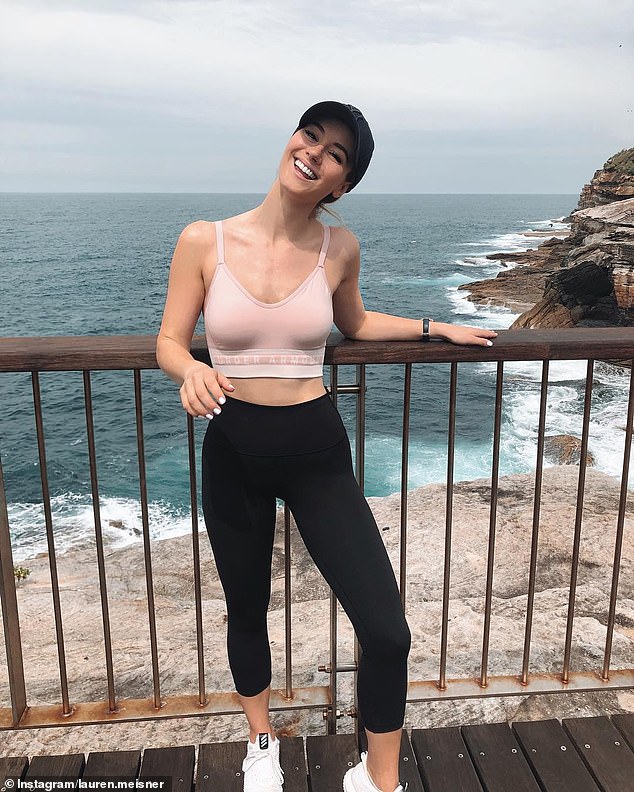 Despite filming the video in August 2018, two years after relocating to Sydney, Lauren said she still felt ‘displaced’ living in a foreign country.

She felt her nationality put her at a disadvantage in job interviews and apartment viewings because realtors are less likely to offer properties to overseas visitors.

‘You’re still not born and raised here and that can trickle down into employers not hiring you, landlords not wanting to rent to you and not understanding certain things about the culture,’ she said. 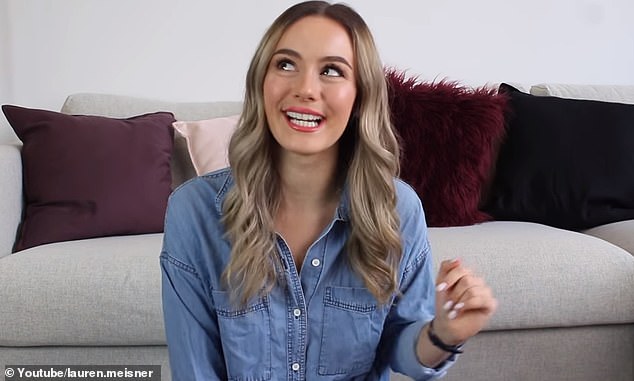 Myths about living in Australia

Lauren said this reputation is exaggerated, because the likelihood of encountering poisonous wildlife in an urban area is very slim.

Lauren said she couldn’t believe how cold Sydney and Melbourne get in winter. She advised travellers to bring warm clothes because it’s ‘not a permanent summer vacation’.

Lauren said if you try to sunbathe to the same extent as you would in America or Canada in Australia, you will suffer extremely intense sun damage. She said most Aussies spend less time in the sun and wear high factor SPF.

What she’d do differently

If she was moving again, Lauren said she would steer clear of boozy nights out and the constant cycle of socialising that’s easy to fall into when you first move to Australia.

She said she missed out on exploring much of the country in her first two years because she was either ‘drunk or hungover’ from partying.

‘It’s the expat culture here… it’s easy to get caught up in that lifestyle,’ she said. 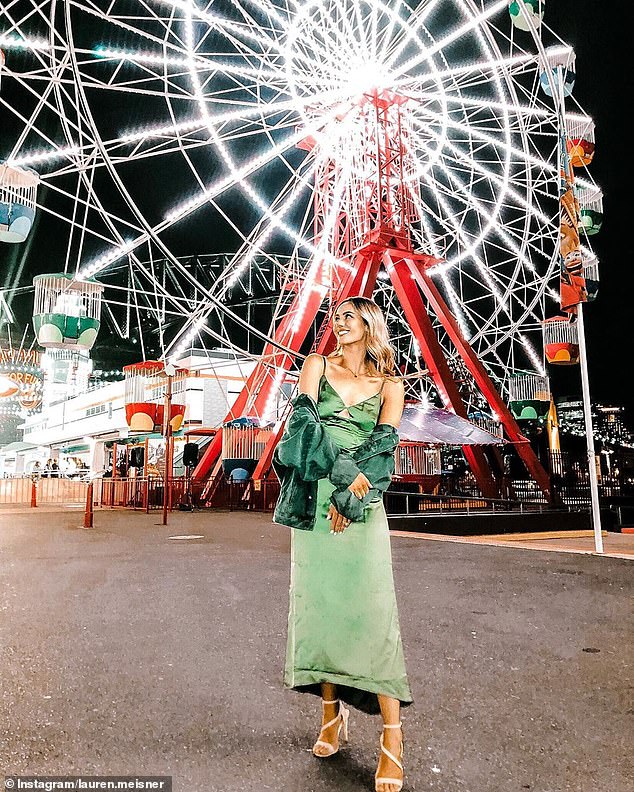 LIVE CLOSER TO THE BEACH

The next thing she would do differently is rent an apartment right beside the beach.

She said it’s easier to ‘reap the benefits of Australia’ by living close to the water, especially in iconic beach-side suburbs like Bondi and Coogee which are filled with lively cafes, bars and restaurants where backpackers typically meet.

‘It’s not that I want to live near the beach to actually go to the beach, it’s because I just want to be near it,’ she said. 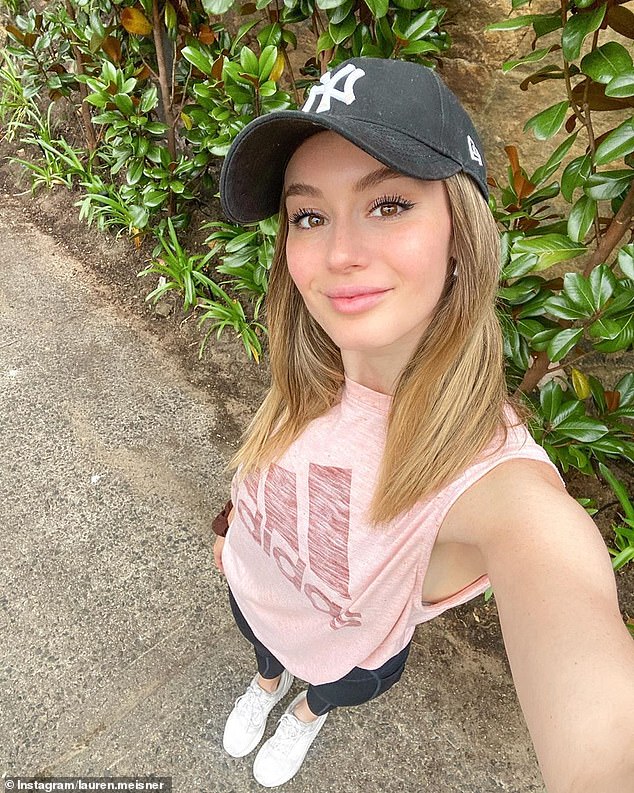 Australia is a difficult place to save in, Lauren said, and she wishes she had been more responsible with her finances when she first relocated.

She said even those working in corporate jobs will treat their first year in Australia as a ‘bit of a holiday’, which makes it difficult to budget for the long-term.

‘I wish I had treated it less like a temporary phase in my life, because I wouldn’t have been spending money like that if I was living at home, that’s for sure!’ she said.