Canada’s environment minister Catherine McKenna has hit out at an MP who called her the nation’s ‘climate Barbie’.

Gerry Ritz, an MP with the opposition Conservatives, wrote on Twitter ‘has anyone told our climate Barbie!’ after seeing a report that said no major industrialized country is on pace to meet the Paris climate accord targets.

The Twitter message was later removed and Ritz apologized, saying his comments were ‘not reflective of the role the minister plays’.

McKenna herself replied saying: ‘Do you use that sexist language about your daughter, mother, sister? We need more women in politics. Your sexist comments won’t stop us.’

Catherine McKenna hit out at the ‘climate Barbie’ comments made by Gerry Ritz, asking him if he would make them about his ‘daughter, mother, sister’

Later in New York at the United Nations, she told Canadian reporters: ‘It’s not about me.

‘It’s about how women, especially women in politics, face these kinds of comments, sexist, misogynistic comments, especially from Conservatives.

‘I want to be talking about what I’m doing, but unfortunately we’re having this conversation.’

In parliament, Liberal ministers heaped criticism on Ritz, a former agriculture minister Ritz who recently announced that he is leaving politics after two decades. 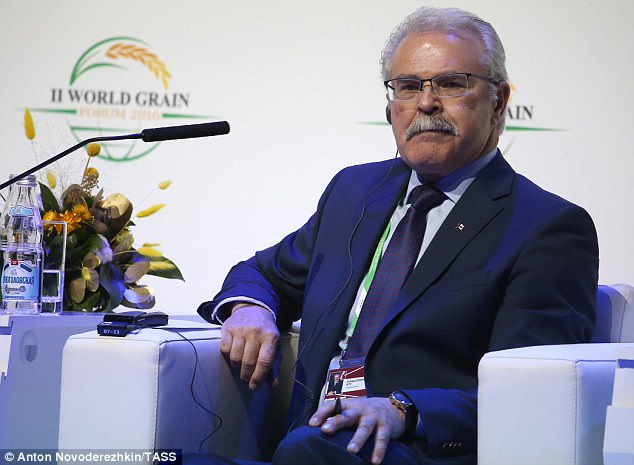 ‘Sexist comments should not be part of the public debate or part of any conversation anywhere, period,’ said Natural Resources Minister Jim Carr.